You've subscribed to Secrets of the Heart! We will preorder your items within 24 hours of when they become available. When new books are released, we'll charge your default payment method for the lowest price available during the pre-order period.
Update your device or payment method, cancel individual pre-orders or your subscription at
Your Memberships & Subscriptions
There was an error. We were unable to process your subscription due to an error. Please refresh and try again. 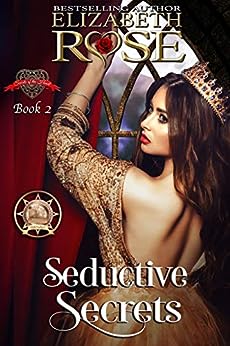 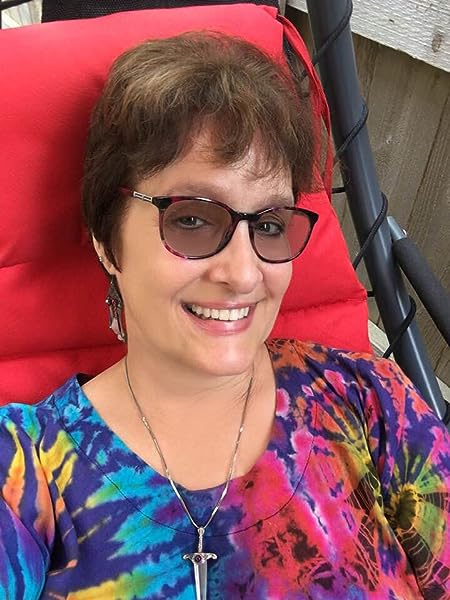 by Elizabeth Rose (Author) Format: Kindle Edition
Book 2 of 4: Secrets of the Heart
See all formats and editions
Sorry, there was a problem loading this page. Try again.
Read more Read less
Previous page
Next page 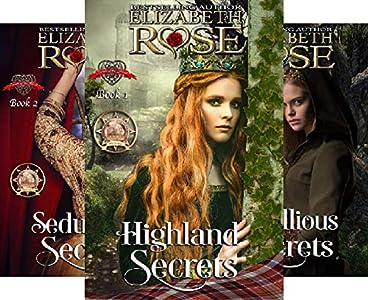 Welcome to my world of rugged heroes, strong heroines and passionate undying romance!
Many readers have asked for a reading list of my books/series. With so many books and series and more coming every day, I would like to share the list with you. I have published close to 100 books, and can't list them all, but here is a list of my series.This is in chronological order: (Each book can be read as a standalone.)

To find out more about my books, see covers and read excerpts please visit my website at elizabethrosenovels.com.

So you won't miss another book, sale, or announcement, please subscribe to my newsletter at bit.ly/3aK66i2

Elizabeth Rose is a multi-published bestselling author of historical, paranormal, and contemporary romance. Please visit her website at http://elizabethrosenovels.com. --This text refers to the paperback edition.
Read more

4.2 out of 5 stars
4.2 out of 5
58 global ratings
How are ratings calculated?
To calculate the overall star rating and percentage breakdown by star, we don’t use a simple average. Instead, our system considers things like how recent a review is and if the reviewer bought the item on Amazon. It also analyzes reviews to verify trustworthiness.
Top reviews

PeggyC51
5.0 out of 5 stars Persuasion
Reviewed in the United States on September 26, 2018
Verified Purchase
Three cousins, granddaughters of King Edward, the eldest daughter of each of the Legendary Bastards of the Crown are called to the king’s deathbed to receive a bequest from Queen Philipa. The girls are allowed to choose one of the late queen’s crowns as a gift and given a heart pendant, the symbol of the special group of women known as the Followers of the Secret Heart. Each of the girls is trained to use their talents to become strong and powerful women. Willow’s talent is persuasion, but she has until now used it only for her own benefit. Perhaps the time has come for her to learn to use her talent for the good of others.

Seductive Secrets is the second book in Elizabeth Rose’s Secrets of the Heart series.
The story of Lady Willow Douglas and Sir Conrad Lochwood is an interesting and sometimes humorous love story. These two have known each other since childhood. They are not, at the beginning of the story’ particularly fond of each other. Conrad, at the request of her father, does his best to keep her away from the men gathered for a festival and tournament and out of trouble. She is not happy about his guarding her and gives him the slip every chance she gets. They are both quite determined to fight their growing attraction for each other. This one looks like a long, uphill climb to HEA.

A creative and unpredictable story and a range of wonderful characters keep you turning pages right up to the end to see what happens next, or at least what Willow will do next. Conrad and Willow are great together and opposite each other. There is mystery when a series of thefts occur in the castle, a tournament with brides as prizes, and Conrad’s younger sister who needs a friend (maybe Willow). This series just gets better. I look forward to the next book. I recommend this one and the series.
Read more
3 people found this helpful
Helpful
Report abuse

JParadise
5.0 out of 5 stars Can nothing ever go as planned?!
Reviewed in the United States on May 15, 2021
Verified Purchase
Willow's been looking forward to the Autumn Festival at her guardian's castle for a year! Now her father arrives along with the attendees to announce her dear friend and cousin, Fia, has just delivered her first child and wishes to see her sister and cousins, with whom she's been raised. Willow has been planning to use this year's festival as a market at which she'll choose her future husband, since there will be so many single young knights and lords.
With a faked indisposition, she thinks she'll be able to have the freedom to stay and take advantage of all the activities planned for the following few days. There's no way her father is leaving his willful, boy crazy daughter alone at the castle with so many strangers in attendance and all the drinking and dancing planned! So he lands on the plan of leaving his former squire, whom he'd trained and treated as a son, to watch over his daughter. Willow can't believe her father would do such a terrible thing to her.
You won't want to miss the fun, funny, and sometimes scary antics that Willow comes up with. A great light summer read that is well worth the time. Enjoy!!
Read more
Helpful
Report abuse

Lori Dykes
5.0 out of 5 stars Seductive Secrets
Reviewed in the United States on September 26, 2018
Verified Purchase
A member of the queen's special secret group of strong women, Lady Willow also has the powers of persuasion that works very well in charming men. But surprisingly it does not work on one man, Sir Conrad Lockwood. Her father has hired him to keep her away from all the men until his return. Willow has decided it is time for her to marry so Lockwood is a pain. Since her cousin Fia's wedding she wants to be just as happy.
When a gem is stolen from a visiting earl, she wants to put her powers to work to find the ruby. Of course Conrad dogs her every step. He had been a pain when she knew him as a child and nothing has seemed to change.
This is a fun story to see what happens to Willow and Conrad. The twists and turns and the schemes afoot will make you turn every page until the end.
Read more
One person found this helpful
Helpful
Report abuse

Sherry Tritt Holton
4.0 out of 5 stars Wonderful second book
Reviewed in the United States on September 30, 2018
Verified Purchase
This second in the series is wonderfully written.
Willow is the daughter of Reed and she is also a member follower of the secret hearts. The queen gives the girls the hearts broaches and Imanie teaches them the ways of the heart group before she passes away.
Willow is headstrong and stubborn. She has a gift of making anyone do what she wants with the power of persuasion.
When her father Rook, comes to take the girls to see Fia, cousin to Willow, after the birth of her daughter, Willow is not wanting to leave the festival that is going to take place at the castle of her foster family. She is really upset when Rook sets her old nemisis, Conrad, to be her guardian while she is at the castle without her cousins.
Will they be able to ever get along? no spoilers! you have to read it to find out. :) you won't be sorry to read this second book in the Secrets of the Heart Series.
Read more
Helpful
Report abuse

jen Yeakel
4.0 out of 5 stars Willow's story
Reviewed in the United States on September 26, 2018
Verified Purchase
2nd book in the Secrets Of The Heart series
Can be read as a stand alone novel
Willow, a fun loving, flirty young lady wishes to stay at her guardians castle while her 2 cousins are escorted back home by her father, for the birth of her cousins first child.
Willow's father hires Conrad, to look out for Willow while she attends festivities in exchange for Willows mother to take in Conrad's sister Hazel.
Willow remembers Conrad as a skinny, unattractive boy who tormented her.
But now Conrad is a handsome knight , who is there to protect her from all the other men. But who will protector her from Conrad.
Read more
2 people found this helpful
Helpful
Report abuse

Diana A
5.0 out of 5 stars Second in series and just as good as the 1st! Absolutely delightful!
Reviewed in the United States on October 16, 2018
Verified Purchase
Elizabeth Rose has once again worked her magic in Seductive Secrets, the second offering in her Secrets of the Heart series. I thoroughly enjoyed the first book, Highland Secrets, and this one is just as delightful. Seductive Secrets is an engaging story about a heroine whose powers of persuasion are remarkable, a knight assigned to look after her, an elusive thief, secrets, misunderstandings, laugh-out-loud humor, and a sweet, growing romance between two main characters. This is a standalone work. Though not required, enjoyment is enhanced if Highland Secrets is read first. This is now my favorite Elizabeth Rose series and I highly recommend this book.
Read more
Helpful
Report abuse
See all reviews