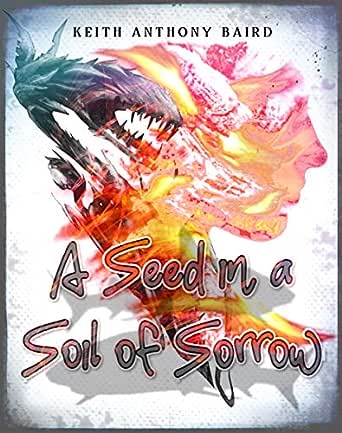 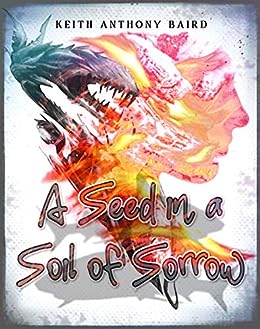 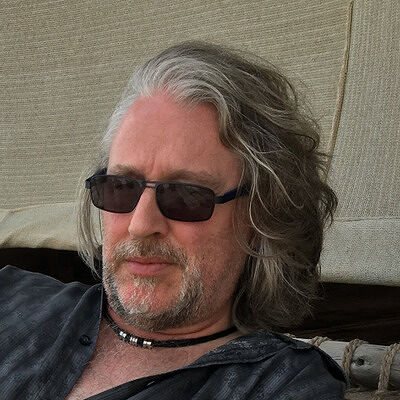 A Seed in a Soil of Sorrow Kindle Edition

4.3 out of 5 stars
4.3 out of 5
13 global ratings
How are ratings calculated?
To calculate the overall star rating and percentage breakdown by star, we don’t use a simple average. Instead, our system considers things like how recent a review is and if the reviewer bought the item on Amazon. It also analyzes reviews to verify trustworthiness.

Char
VINE VOICE
4.0 out of 5 stars A Highly Entertaining & Horrific Lunch Hour
Reviewed in the United States on October 28, 2020
Verified Purchase
A Seed in A Soil of Sorrow was an horrific way to spend my lunch hour!

Since I was a teenager, I've always had an interest in psychiatry, specifically regarding serial killers and cults, (both leaders and followers.) All of which brings us to the Viridian Chapter. Set on the site of crimes against humanity, the Chapter promises a life free of worry, but we all know how that usually turns out, don't we?

I can't say anything more because...spoilers, but I found myself captivated by this short tale. Of course, I'm mostly caught up with the psychology of the main character and what brought him there. Then, once we meet the man in charge, (because it's almost ALWAYS a man, isn't it?), I wanted to discover what his motivations were as well. There are no easy answers here, though, but I can say, I was stunned by the time the story was over!

What an entertaining way to spend my lunch hour! Highly recommended!

*Source: I bought this story with my hard earned $1.28!*
Read more
One person found this helpful
Helpful
Report abuse

kimnappi
4.0 out of 5 stars Not a peaceful commune...
Reviewed in the United States on December 13, 2020
Verified Purchase
An author new to me asked if I’d be interested in reading his novella. Yes! Though as you all know, cult fiction is not my favorite sub-genre, it can be done well or horrible.. I’ve read too many horrible. I am happy to say this story is beyond well but brilliant! Cult fiction with psychological horror done to perfection, 4.5 if only I could!

Our protagonist sets out to seek out a reclusive cult as he’s reached the end of living any semblance of a normal life, abused as a child and self abused as an adult an article he read sets him a course to find it. The Viridian Chapter sect, led by Hans Lehmann located in isolation on the Russian border, our protagonist is given the name Tobias and begins his indoctrination.

What is revealed is this is a cult of a madman, cruel and violent and has severe and horrific punishments for his followers who fall out of line.

Tobias learns to late and needs to find a way to escape but he meets someone that just joined the cult that is about to change his plans for a solitary escape impossible.

No spoilers. Rich storytelling, compelling and complete characters and you care about their fates. Horror elements expertly used without detraction from the story. I couldn’t stop reading, I needed to know what was going to happen next.

The ending left me completely stunned.. I have to say, well done!

Read immediately! At 24 pages, you can read in an hour and you will be happy you did. A gem of a story, I can not recommend this more and I will be looking for more stories from this author. Enjoy!
Read more
Helpful
Report abuse

Laurel Hightower
5.0 out of 5 stars Short and dark
Reviewed in the United States on November 25, 2020
The latest offering from powerhouse Keith Anthony Baird opens with the gravity and prose I’ve come to expect from his work. There’s a grace to his settings, an immediate capturing of the reader’s attention to settle in: this is going to get dark.

And dark it becomes, from the get-go. From the blurb, we know that this story deals with a death cult, the Viridian Chapter. There are no illusions for us or the protagonist, rechristened Tobias, about what we’re getting into. Many of us shrink away from the idea of cults at all, wondering how a person could submit their will and safety to the power of those who are, of necessity, megalomaniacs. And Hans Lehman, the autocrat of this cult, is no different. From the first day of his acceptance into the Viridian Chapter, Tobias is shown the brutality that is not only allowed, but inevitable in such a setting. The reader wonders just how a young man came to be there, but Baird answers this question with skill. We’re given brushstrokes of Tobias’s former life, the hollowness he found there, the answers he was seeking, and reluctantly acquiesce that perhaps his decision is not unfathomable, even as the tension builds. For we know that with a death cult, there’s no chance for a happy ending.

At around ten thousand words, this is a short read, and I don’t want to risk any spoilers, but I will say I admire Baird’s skill in setting an ominous tone, and the elements he uses within such a short space are nothing short of enthralling. Culminating in an ending I didn’t see coming, preceded by enough toe-curling action to satisfy any reader, this is a short tale to consume an enjoyable hour or two, and well worth your time.
Read more
One person found this helpful
Helpful
Report abuse

Sarah Duck-Mayr (Quackzombie)
4.0 out of 5 stars "I would like to know more."
Reviewed in the United States on October 28, 2020
I received an e-copy of A Seed in a Soil of Sorrow from the author, Keith Anthony Baird, in return for my honest review, which follows below. I thank him for this opportunity.

I rated this short story 4 stars.
My review below is purposely vague as to not give away too much for future readers, which I felt could be easy to do if not careful.

I read this in one evening and then read it again the next, sometimes reading aloud a sentence to my husband. Those dual image portraits (for example, a candlestick but also two faces in profile), that’s how I felt the story was presented to me once I got to the end. So I had to dig in and go over again, see where, if at all, I missed indications, clues, or overall language in the story hinting at the conclusion.

I had missed one sentence that changed the whole story; when I missed the sentence the first time, it left me confused, but after I caught it I could see how everything fit together. Everything the author had built stayed lined up; I got to reading too fast the first time through, caught up in the rush of the final act.

I think if the POV narration had changed more often, it may have helped that come across better for me, even with missing the one sentence first go around. It was a read that I wish there was more of, or maybe another story expanding on what we have been given so far. What I’ve learned has intrigued me, and to quote the glorious film Starship Troopers, “I would like to know more.”
Read more
Helpful
Report abuse
See all reviews

Morgan K Tanner
4.0 out of 5 stars Weird cult stories don't often end well!!
Reviewed in the United Kingdom on November 30, 2020
Verified Purchase
Right then, I should start this review by saying what a great title this is. Even without knowing this story comes from the mind of KAB I would have been seriously intrigued. And this great little story certainly lives up to its title.

I blasted through this in one sitting, as was engaged throughout. The tale follows a guy who joins a weird, living-in-the-middle-of-nowhere cult. The dude – new/cult name Tobias – has little in his life, a life where no one really 'gets' him. So the thought of joining a new, like-minded community, seems like everything he's ever desired.

But come on, cult stories never usually end on a positive note do they?

There's something very off and sinister about the leader, Hans, but of course there is; he's the leader of a cult. But when you've committed yourself to this way of life you're probably going to put up with some of the – let's just call them very weird and sinister practices.

Tobias witnesses ritual murder (or 'sacrifice') and has suspicions about others who have 'gone missing'. But as is the norm in weirdo cult politics, he's unable to voice these concerns to anyone. The backdrop of tranquil surroundings does its best to rid these thoughts from his crazy mind, but they're always there.

Things take a turn for the better, and ultimately the worse, when Tobias becomes infatuated with a young lady who joins the cult. Relationships like this are frowned upon here, but the lust monster is strong within Tobias and well, he just can't help himself can he?

Do things turn sour for our sweet romantics? I'm not going to say, but I think you can guess.

As with other works by Baird, his prose reads like it could have been written in the past, and this is meant as a huge compliment! It's refreshing to read contemporary stories like this, set in the modern era but seemingly penned by someone in a very different time.

The story reaches a horrifying climax, but admittedly one where I was more like 'Oh, OK then, that's kind of what I expected', than one that shocked me. But our Baird loves a good twist, and this offering is no exception. After thinking I'd got to the end of the story, things take an unexpected turn and left with that 'Wooaahh! No way!' feeling.

If you fancy experiencing this very WNW feeling (I don't think this abbreviation will take off and become a thing, but you never know) then get sewing with this little gem!
Read more
Report abuse
See all reviews