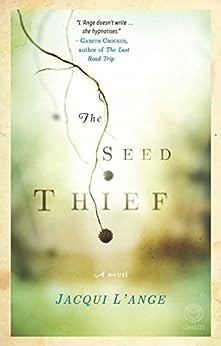 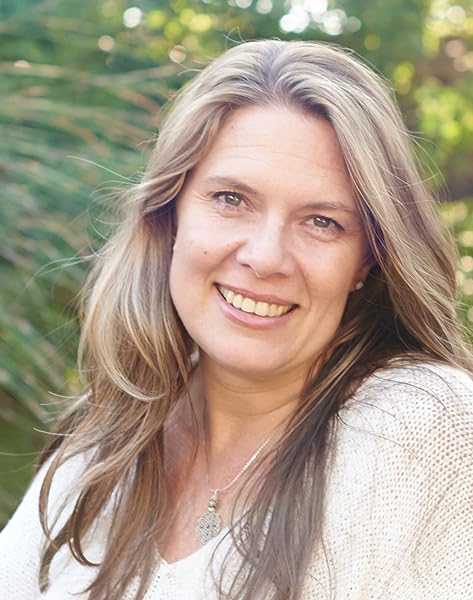 by Jacqui L’Ange (Author) Format: Kindle Edition
See all formats and editions
Sorry, there was a problem loading this page. Try again.
Sometimes the thing you find is not the one you were looking for.

When botanist Maddy Bellani is asked to travel to Brazil to collect rare seeds from a plant that could cure cancer, she reluctantly agrees. Securing the seeds would be a coup for the seed bank in Cape Town where she works, but Brazil is the country of her birth and home to her estranged father.
Her mission is challenging, despite the help of alluring local plant expert Zé. The plant specimen is elusive, its seeds guarded by a sect wary of outsiders. Maddy must also find her way in a world influenced by unscrupulous pharmaceutical companies and the selfish motives of others.
Entrancing and richly imagined, The Seed Thief is a modern love story with an ancient history, a tale that moves from flora of Table Mountain to the heart of Afro-Brazilian spiritualism.
Read more
Previous page
Next page

"The Seed Thief is one of those rare books which deliver on all fronts and leave you completely satisfied … The characters are subtly drawn; their relationships authentic and fascinating. The tension of the plot is perfectly taut throughout. Stylistically, the novel is flawless."
LitNet

"The Seed Thief is a richly sensuous experience and L’Ange an alchemist who has mixed an exotic and mesmerising potion."
Pretoria News

"[T]his story sings across its pages. It traces a tale of redemption and seeking love and truth with the beauty of a symphony. I have seldom read a book as beautifully imagined, executed and felt."
Cape Times

"The Seed Thief is a rich tale that is part quest narrative, part story of self-discovery and awakening … It’s a novel that feels like a dream you can remember for only an instant upon waking, and then floats away into the ephemeral, leaving behind only a warm glow and a desire for more."
Essentials

“While a passionate love story and a botanical mystery form the framework of the plot, L’Ange explores a myriad other fascinating themes and threads in this wide-ranging, lush and layered work… The Seed Thief is a richly sensuous experience and L’Ange an alchemist who has mixed an exotic and mesmerising potion.”
Avis Perks, IOL

“Who knew a tiny star-shaped seed from near-extinct tree could spark so enchanting, suspenseful, and intensely spiritual a tale as Jacqui L’Ange’s debut novel, The Seed Thief? …I lost myself in a story that is lovingly crafted with words that capture the minutiae of the tiniest elements of biology and the larger-than-life culture of South America’s biggest nation. The Seed Thief is a story of worlds beneath worlds within worlds, of surrendering to the splendour of chaos and the beauty of the mysterious.”
Andrea van Wyk, And the Plot Thickens

“It traces a tale of redemption and seeking love and truth with the beauty of a symphony.”
Cape Times

“A beautifully crafted and poetically detailed story on bio-piracy set in South Africa and Brazil.”
The Star --This text refers to an out of print or unavailable edition of this title.

Jacqui L’Ange was born in Durban, South Africa and grew up across five continents. As a journalist she attended the first ever United Nations Conference on Environment and Development in Rio, in 1992. Over the past twenty years she has produced award-winning work in advertising, television, film, and multi-media. She has a master’s degree in creative writing from the University of Cape Town, and was books editor for Psychologies and O – The Oprah Magazine. She currently lives in Cape Town with her family and a menagerie of other animals. --This text refers to an out of print or unavailable edition of this title.

Jacqui L'Ange was born in Durban, South Africa, and grew up across five continents. Her debut novel 'The Seed Thief' was published in 2015, longlisted for the Sunday Times Fiction Award and shortlisted for the 2016 Etisalat Prize for Literature. Ecological concerns permeate much of Jacqui's work. She is a former Deputy Editor of O - the Oprah Magazine, South Africa, and has also written a number of films and TV dramas. She runs a regenerative farm and writers retreat on the Cape Garden Route where she plants a tree per day. She tweets @jaxangel, and blogs at www.jacquilange.com.

Andrés Rodríguez Ibarra
5.0 out of 5 stars Maximum richness among plants and words
Reviewed in the United States on November 5, 2016
Verified Purchase
Maddy, the main character is a young south-african botanist in a scientific mission to Brazil. Nonetheless, she corresponds herself with one of her aunts, who lives in New York as an editor and whose library used to be her first field of exploration. Their letters begin with literary quotes, and are a key to what the novel is about: the sense of belonging, or of homeland. Some people, like the ones she encounters in a religious community in Salvador – where the object of her mission, a seed in the verge of extinction, might lie –, in spite of having their origins in another continent, have it very well settled: their traditions reinforce those notions in every way. But others, such a Maddy, with her family all scattered around, carry questions of that sort with them.
L’Ange shows us that such dissimilar worlds can meet; and it appears that language, which she masters thoroughly, can be an expression of the unity that her atheist main character found in the terreiro de candomblé where she ended up falling (and finding a big part of herself). No rush at all along the whole attention-catching plot – there are even some strategic “in transit” chapters –: a care for how people and living beings relate with each other in the two different locations construct a novel that’s deeply concerned with ethics. All (integrity, respect, attention), things that are important in our present-day world and lives. As Hermann Hesse, as quoted in one of the letters, puts it: “when we are stricken and cannot bear our lives any longer, then a tree has something to say to us: Be still! Be still! Look at me! Life is not easy, life is not difficult. Those are childish thoughts. Home is neither here or there. Home is within you, or home is nowhere at all.”
Read more
One person found this helpful
Helpful
Report abuse

A Reader
4.0 out of 5 stars Poetic writing
Reviewed in the United States on January 18, 2017
Verified Purchase
Gorgeous writing. Worth reading simply for the beauty of the prose. The plot is slow (think seeds incubating and growing), so if readers can release expectations of a cracking plot which pulls them through the pages, and rather allow themselves to be submerged in the excellent writing, they'll find this an enjoyable read.
Read more
Helpful
Report abuse

AMZN
5.0 out of 5 stars A wonderful tale of family
Reviewed in the United States on November 28, 2016
A wonderful tale of family, love, spirituality, soul-searching, Science, discovery, relationships, adventure and so much more. A thriller which will take you on a vivid journey from the shores of South Africa to the heart of mystic Bahia, Brazil in search of survival, continuity, hope...

There are so many lessons learned along the way and author Jacqui L'Ange elevates the narrative with a concise, clever and witty flow of words, a beautiful plot, inevitably taking her readers on an unforgettable life lesson.

It's one of those books you can't put down...until it's done and you want to read it all over again! The Seed Thief is absolutely a must read!
(Fred Sampaio, Alexandria, Virginia, USA)
Read more
Helpful
Report abuse

Amazon Customer
5.0 out of 5 stars The most gorgeous story you will ever read!
Reviewed in the United States on November 27, 2016
I was torn between devouring this book in one sitting or savoring it over a few days - it was impossible! The Seed Thief is a gorgeous book that will transport you into a dream world that feels like sipping velvet wine. The story is so beautifully crafted, you feel like each word is gently stroking your face. The details are so rich and the characters so engaging, it's a story that lingers in your mind for months. The author harnesses the depth of Love in the Time of Cholera and weaves a story of the multiple dimensions and complexities of love reminding me of Jeannette Winterson's Gut Symmetries. Read this book, it is outstanding!
Read more
Helpful
Report abuse
See all reviews

The author Jaqui L'Ange writes in a warm, grabbing your senses kind of way, I felt part of every breath and step on this wonderful mission of Maddy - The seed thief.