The Seeker King: A Spiritual Biography of Elvis Presley and millions of other books are available for Amazon Kindle. Learn more 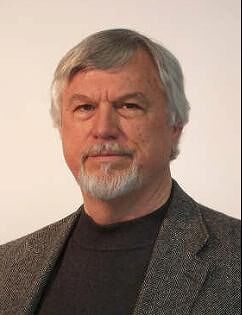 "Over fifty years ago, a talented young singer named Elvis Presley made one of his first appearances on my TV show in New York. Even then, I could see he had a very special presence. Here in this great new book, I feel like I got to know this complex and remarkable man even more than I did before. The Seeker King is a real gift for Elvis fans everywhere!" --Joe Franklin, legendary broadcaster, Reviews

"While chronicling the full arc of the life and career of Elvis Presley, Gary Tillery zeros in on Presley's constant search for inner peace and spiritual growth. The Seeker King probes beyond Elvis' meteoric rise, worldwide impact, and ultimate demise, casting light on many of the man's personal quests that played out behind the scenes This book will be treasured by Elvis fans everywhere." --Dave Zimmer, author of Crosby, Stills & Nash: The Biography, Reviews

"Elvis Presley was an icon of sex, stardom, and rock and roll, but beneath the glitz and Las Vegas glamour brooded a sensitive soul, deeply troubled by life's mysteries. Gary Tillery's highly readable biography shows us another side of the King, as a seeker eager to grasp life's secret meanings, and to explore a whole range of spiritual paths. Elvis may have left the building, but as this book shows, his spirit carries on."
--Gary Lachman, former Blondie bassist and Rock and Roll Hall of Fame inductee and popular religion writer, Reviews

"As a big Elvis fan, I thought I had read everything there was to read about him. But this book explores new areas and goes further into old ones. It's a must for Elvis fans and is now definitely a new addition to my library."
--Fred Willard, actor, Reviews

"This is one fantastic book. The spiritual search that Elvis took to the very
moment of his death is eye opening. His goodness is everywhere. He was generous
and kind to those he loved and those he didn't. He was sure in his love of God
and wanted to be closer to him. A wonderful and spiritual book for every fan and
every seeker."
--Mary Willard, playwright, "Elvis and Juliet", Reviews

A native of the Southwest, Gary Tillery was born in Phoenix in 1947. In 1968-69 he served in Vietnam with the United States Air Force. His enlistment was over in 1970. After two decades in the business world, primarily as co-owner of an advertising agency in suburban Chicago, he turned his time and energy to his lifelong passion for literature and art. He published a collection of interrelated short stories set in Vietnam titled "Darkling Plain", and began a series of humorous novels featuring "soft-boiled" detective Jack Savage--the first two titled Death, Be Not Loud and To An Aesthete Dying Young. Tillery is also a professional sculptor. His most prominent work is the sculpture for the Vietnam Memorial in Chicago. He also created the bronze bust of Steve Allen for the Steve Allen Theater in Hollywood; and through his association with the Rotblatt-Amrany Studio he created, among other works, the life-size bronze of Luis Aparicio at U. S. Cellular Field.
Start reading The Seeker King: A Spiritual Biography of Elvis Presley on your Kindle in under a minute.

Stargazer
4.0 out of 5 stars It's the Other Side of the Story...
Reviewed in the United States on November 1, 2015
Verified Purchase
Most books about Elvis don't say much about his religious side. I always wondered if he was truly a Christian. I was happy to read that he got saved when he was 9 yrs old. It seems he struggled all his adult life with temptation and was tormented wondering what his purpose in life was.
He read his Bible every day and seemed to put God first, which is what people are supposed to do instead of living selfishly. He was generous
and always tried to help others. No wonder he was loved by so many. I learned some new things about Elvis from this book.

debbie young
5.0 out of 5 stars Buy this one too....
Reviewed in the United States on July 22, 2020
Verified Purchase
Really enjoyed this one too.
Read more
Helpful
Report abuse

Dennis Huskins
3.0 out of 5 stars Kindred spirits
Reviewed in the United States on May 16, 2014
Verified Purchase
I always felt a kindred spirit with Elvis (not the idol worshipping kind most fans feel) and as a deep seeker of truth and all things spiritual I thought this book would be revealing about that strong connection we have. Well it highlights some of his spiritual quests mostly as seen through the eyes of Larry Geller (from his book If I Can Dream) and much of this book is re-telling stories taken from other books already out about Elvis. In fact 75pct of this book is like gossiping based on what other books have written already (some parts inaccurately). The best way to judge this one is by overview since there's nothing new or revelational about it, it does give you an over-the-years-look perspective at how Elvis slowly evolved from trying to fill that void that we all have inside us with more of God while actually seeking in false God areas such as Hindu, Numerology, Meditation, and some that borderline on witchcraft. But eventually he discovers all roads lead him back to where he had left God to go seeking for what was already inside him. It is very hard to believe that trusting God is that simple and we complicate him by our human endeavors even though our intentions are well meaning, we must each go on a personal journey to realize God is all we need. I think Elvis' hunger for more spirituality while living on earth carnally was passed on to Lisa Marie...in her serach she got messed up in Scientology for a while but now is set free from that bondage as she will now tell you how "idiot" that cult is.
But to summarize, Elvis would have loved reading Watchman Nee's "The Spiritual Man" series and thankfully he realized just before his death that Jesus is what he was seeking for and because this world tries to mold us into it's image, we who believe do not fit into it's mold for we are formed into the likeness of God..through Jesus. Rest in peace E and we'll have a long time in heaven to talk about everything our kindred spirits were seeking but have now found.
Read more
11 people found this helpful
Helpful
Report abuse

Quiltlady-1958
1.0 out of 5 stars Waste Of Money!!!
Reviewed in the United States on September 10, 2015
Verified Purchase
This book is just reprints from other books !!! A waste of money and time!!! A complete joke!!! If I could give it no stars I would!!
Read more
Helpful
Report abuse

Georgia Hollinger
3.0 out of 5 stars Three Stars
Reviewed in the United States on October 9, 2014
Verified Purchase
There wasn't much here which hasn't been covered before, but it is well written.
Read more
One person found this helpful
Helpful
Report abuse

Carol W
3.0 out of 5 stars It was OK -
Reviewed in the United States on March 8, 2014
Verified Purchase
A lot of the book was something I'd already read elsewhere. Just more on a misunderstood star who was used by those around him.
Read more
One person found this helpful
Helpful
Report abuse
See all reviews

Breandan
3.0 out of 5 stars Despite the title more a general biography rather than a "spiritual biography"
Reviewed in the United Kingdom on October 1, 2020
Verified Purchase
Its not bad and fairly well written but despite the title saying its a "spiritual biography" its more of a general biography. There is very little new and mainly relies on other books rather than independent research and interviews and because of the title I was expecting more analysis of the spiritual side of Elvis . Some mistakes occur such as it refers to Elvis getting "acute tonsillitis" when serving in the army rather than how it has been reported that it was a time Elvis got carbon monoxide poisoning. The part where Larry Gellar says a man put his hand on his leg would have more sense if it had been proof read as it refers to a meeting arranged with Tom Parker and then suddenly a man is mentioned but the mans name is not mentioned.
Read more
Report abuse

carol
5.0 out of 5 stars Five Stars
Reviewed in the United Kingdom on May 12, 2016
Verified Purchase
a good book to read some things said i didnt know about elvis
Read more
Report abuse
See all reviews
Back to top
Get to Know Us
Make Money with Us
Amazon Payment Products
Let Us Help You
EnglishChoose a language for shopping. United StatesChoose a country/region for shopping.
© 1996-2021, Amazon.com, Inc. or its affiliates