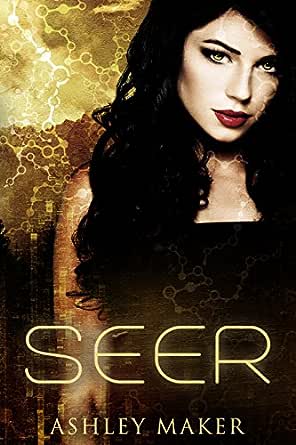 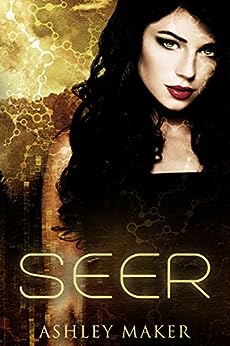 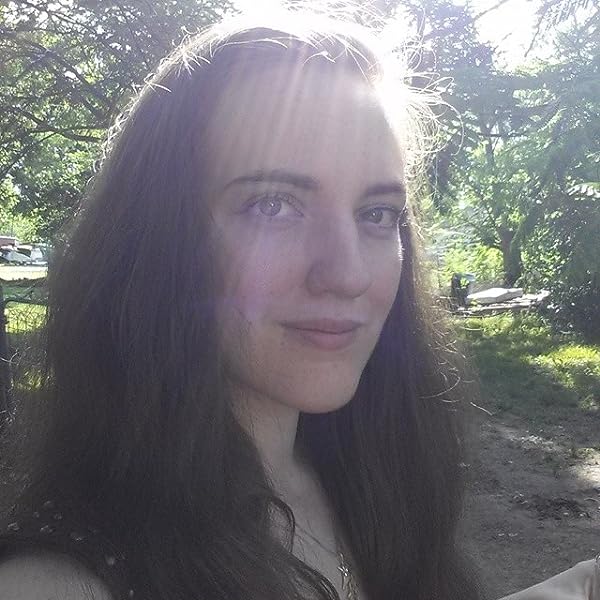 4.6 out of 5 stars
4.6 out of 5
26 customer ratings
How does Amazon calculate star ratings?
Amazon calculates a product’s star ratings based on a machine learned model instead of a raw data average. The model takes into account factors including the age of a rating, whether the ratings are from verified purchasers, and factors that establish reviewer trustworthiness.
Top Reviews

J Sargent
5.0 out of 5 stars Most favorite book of all time!
Reviewed in the United States on June 30, 2020
Verified Purchase
I'm not going to lie the book cover grabbed me from the get go. Then when I read it I simply became in love with Kade and Claire's characters. I love their chemistry. The author has a way of captivating my attention and keeping it. I literally could not put this book down. The way she describes the scenes, the characters, the atmosphere are nothing short of perfect. I found my heart pounding away when the two were, dare I say, about to kiss. I mean, come on how in the world was I so captivated by that? Nonetheless, I was and I was left wanting more, lol. These two are meant for each other even though Tarry seems to have his sights set on Claire. The turmoil, the action, the tears...yes I said tears bc there's a spot that had me entirely too upset that I actually cried. There, I said it. I actually got emotional over a book. Now, that being said... I'm totally and completely infatuated and obsessed with this book, book series, and now my favorite author. Not sure how my heart is going to hold out waiting for the next books to come out.
Read more
Helpful
Comment Report abuse

Melissa Williams
4.0 out of 5 stars Great world building!
Reviewed in the United States on July 23, 2017
Verified Purchase
Sixteen year-old Clare Palmer thinks she is escaping a crazy, paranoid father by attending an exclusive boarding school. But she really begins to question her decision when she finds herself surrounded by students and teachers who think it normal to have courses in Krav Maga-like fighting and train as if they would be competing in American Ninja Warrior. If that wasn’t enough, Clare also learns that she could develop rare powers that allow her to see things that others cannot in unbelievable ways.

I really enjoyed Maker’s world building in Seer. While set in what seems like modern day, she creates a world inside a world, much like J. K. Rowling—only Maker’s world has the Corasha rather than wizards. I also like the 1st person POV from Clare’s perspective. It is through her eyes that you learn about this alternate world, and you do so at the same pace that she does.

At the same time, however, I, in my impatience, wanted to know more background about this world. I imagine, though, more will be revealed in the second book of the series. I also felt Tarry, one of the potential love interests, needed more depth. I want to know more about what makes him tick.

Overall, I really enjoyed reading Seer. I look forward to learning more about the Corasha and see how Clare adjusts to and changes her environment as she learns more about herself and her family’s history.

Those who are fans of Richelle Mead’s Vampire Academy series or the TV show Heroes might enjoying reading this book.
Read more
Helpful
Comment Report abuse

Christina R.
5.0 out of 5 stars Do yourself a favor and read Seer!
Reviewed in the United States on August 9, 2017
Verified Purchase
I went into this expecting to like it, even though I'm not really into YA anymore, no longer being a YA and all. However, I do appreciate a good story and good writing regardless of genre. I was not expecting to get super into Seer, to the point of reacting aloud to the characters and events in the book. I certainly wasn't expecting to put aside everything else going on with the attitude of "can't do other things, must finish book"... but this all happened anyway, even to the extent of me loudly groaning "Noooo come on you can't do this to meee" at the end.
The worldbuilding and character introductions and development are handled expertly - explaining the world and culture of Evergreen at a great pace that is informative without talking down to the reader. One quickly becomes attached to the characters and invested in the story. Clare's inner dialogue is insightful and occasionally hilarious.
All in all, I thoroughly enjoyed this book and would recommend it to anyone regardless of age. Definitely looking forward to the sequel(s)!
#TeamTarry
Read more
One person found this helpful
Helpful
Comment Report abuse

cyc
5.0 out of 5 stars Awesome Book!
Reviewed in the United States on October 7, 2017
Verified Purchase
SEER by Ashley Maker is an amazing book filled with action, romance, betrayal, and butt-kicking! Clare Palmer only wanted to escape a home with her crazy father, but she ends up in an even crazier situation—her new school. There, she learns about this world she never knew and the abilities she starts to develop. It’s thrilling to see Clare navigate this new life and learn about herself and her new powers. It’s also exciting to watch her develop a friendship and possible relationship with Kade (who I love!). I love seeing them together, whether it’s running, training, or kicking some butt. I can’t wait for the sequel because THAT ENDING! I need to know what happens next!
Read more
One person found this helpful
Helpful
Comment Report abuse

Jonebug
5.0 out of 5 stars Great story
Reviewed in the United States on May 8, 2020
Verified Purchase
I really enjoyed reading Seer. The story is paced well and the characters are very believable. The plot has plenty of twists and turns, leaving the reader wondering what will happen next. You won’t be disappointed.
Read more
Helpful
Comment Report abuse

Kimberly McCauley
5.0 out of 5 stars Detailed, action-packed
Reviewed in the United States on January 29, 2018
Verified Purchase
An amazing book from start to finish. Definitely worth the read.
Read more
Helpful
Comment Report abuse

Amazon Customer
5.0 out of 5 stars Five Stars
Reviewed in the United States on October 25, 2017
Verified Purchase
I loved this book. Couldnt put it down. Ashley paints such a vivid picture with her words.
Read more
Helpful
Comment Report abuse
See all reviews from the United States

Micheala
5.0 out of 5 stars LOVED THIS BOOK
Reviewed in Canada on July 20, 2017
Verified Purchase
This book literally has it all! Romance, adventure, humor, great characters, a deep background plot.. It’s an upper YA/NA novel, but it brings me back to my YA days in high school, and I am appreciative of that. The majority of the novel takes place in a live-in Hogwarts type of school that reminds me of the House of Night series, and I love this for that.

I have read this book in many of its drafts and I can only say that every draft up to the this point was fantastic, but this final one is beautifully perfect! I was literally on the edge of my seat reading it.

The best feature of this novel is definitely the characters. The main character, Clare is by far my favorite. Her “voice” is so refreshing, relatable and just plain funny. She’s easy to read and more importantly to identify with. The thoughts that travel through her head while everything is going on is exactly what I myself would be thinking. There’s so many times I laughed out loud while reading her inner dialogue.

Next, Kade ❤ Who is a mixture of a bad boy and nice guy character. He’s intense-that’s the best way to describe him. Especially when it comes to Clare and especially in the beginning. He becomes unlikeable late in the novel, but when more truth comes out, he slowly saves himself. Regardless, I’ll never not love him.

Most importantly, the two of them together is intense! Their romance isn’t direct and I like that. It builds, starting with some intense, longing looks while he helps her. It grows into friendship, and then later more feelings emerge. I love that because it’s REAL. It’s how real romance works—it builds up to more. And the “more” that exists in this novel isn’t too deep. I assume and hope there’s more of them in later books, but for now it’s a prelude to more with some simple romance interactions. If that makes sense.

Of course, this romance wasn’t an easy one at first. There is a sort-of love triangle. It’s more like two guys like her while she only feels friendship for one, while the other is a more intense version. Tarry (neat way of spelling Terry) is the headmaster’s son and wants his friendship with Clare to be more. And here’s where some of my favorite scenes come out! The staring matches between Tarry and Kade are so great and so funny. Clare reacts appropriately too. Says stuff like how she’s not a toy to be fought over. It’s the moments where Tarry tries to hang out with her and then there’s Kade who stares him down that is my favorite. Overall, though Tarry is that funny, easy going character, and I am interested to see where he ends up in later books.

His sister Laila is also that girly-girl sarcastic roommate we have all wanted. She reminds me of Isabelle in Cassandra Clare’s books, and that’s not an insult. Laila is kick a$$, easy going, and also quite fun to read about. I am also interested to know more about her.

Another thing about this book that really grabs me is the overall plot. While on the surface she is attending this school to train her abilities, there’s a bigger plot underneath this all. Upon finishing this book, I am left with a lot of questions about future books that I am dying to know. There’s one character in there that is a giant question mark for me. Is he a good guy or a bad guy? He seems to be major in the overall background and maybe even villainous for certain reasons that do not come out till the end. In the end, I suspect things will go well, but we’ve perceived him differently for his treatment of Clare. The idea of the Seers is pretty original. Plenty of YA books feature some sort of “fantasy” or fantasy/dystopia like creature but not one that can be so simply explained: someone who has the ability to find anyone instantly.

As all of Ashley’s other work, her writing is flawless. I am in love with how smooth it reads and the flow of this entire story that just keeps me interested from word one. It’s definitely one I will reread over and over and over and one I NEED for my bookshelf.
Read more
Helpful
Sending feedback...
Thank you for your feedback.
Sorry, we failed to record your vote. Please try again
Report abuse