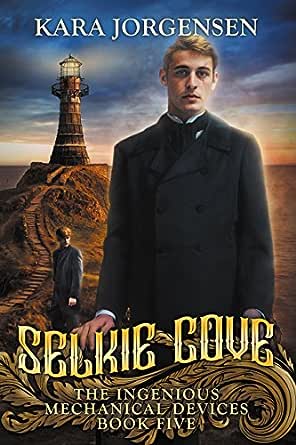 You've subscribed to The Ingenious Mechanical Devices! We will preorder your items within 24 hours of when they become available. When new books are released, we'll charge your default payment method for the lowest price available during the pre-order period.
Update your device or payment method, cancel individual pre-orders or your subscription at
Your Memberships & Subscriptions
There was an error. We were unable to process your subscription due to an error. Please refresh and try again. 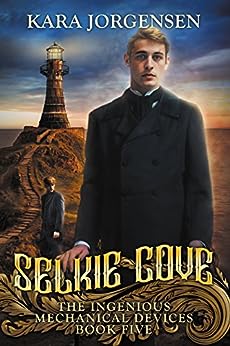 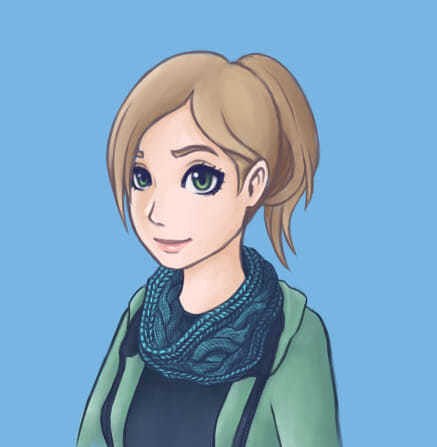 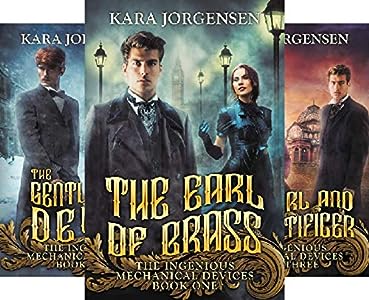 Kara Jorgensen is an anachronistic oddball with a penchant for all things antiquated, morbid, or just plain strange. While in college, she realized she no longer wanted to be Victor Frankenstein but instead wanted to write like Mary Shelley and thus abandoned her future career in science for writing. She melds her passions through her books and received an MFA in Creative and Professional Writing in 2016. When not writing, she can be found hanging out with her dogs watching period dramas or trying to convince her students to cite their sources. --This text refers to the paperback edition.

Amazon Customer
5.0 out of 5 stars A MORE PERSONAL, FANTASY DRIVEN STEAMPUNK NOVEL AND I LOVED EVERY PAGE
Reviewed in the United States on July 25, 2017
Verified Purchase
I received an ARC of this novel from the author in exchange for an honest review:
As a super-fan of the Ingenious Mechanical Devices series from the start, I was in eager anticipation of the latest volume. I found this one to not be a disappointment, and to remain in author Kara Jorgensen's literary style of modern thought and angst set in the colder, more rigid structure of late Victorian England. Some might find steampunk novels set in England to be a tad wearisome. At times, so do I. But with Miss Jorgensen you get a fresh stamp on the era, and on steampunk, for she staked her ground back in Book One. IMD would be daring adventure and gaslamp fantasy, but it would tackle head on the social prejudices of the times.
We return to the escapades of Immanuel Winter (my favorite) and his partner Adam Fenice. I loathe spoilers, even small ones, but let's say their union is a big part of their struggle as a team, and in society. It makes for an intense struggle as they are caught up in another mystery from the dark corners of the world. Mind you, they are still coming to grips with the tortures and woes from earlier volumes, put together very well in Selkie Cove. I chewed up this book in one evening, feeling as if I were imbibing an Agatha Christie novel welded with the fantasies of C.S Lewis. These young protagonists go off on an adventure, and it was nice to see them choose it a opposed to it being forced on them. Jorgensen takes us to a new setting by the sea, introduces us to some new characters (A hint, a pinch, of Lovecraft shows through in this region) and our protagonists quickly get caught up in strange creatures (not a spoiler. It's in the title) and small town secrecy. I loved every bit and every word.
Some people who read novels nowadays are enraged by the level of personal tragedy in protagonists. Some want our heroes to be fearless, soulless, indomitable. I'm in the middle. I see the benefit of both. In Selkie Cove, we get a fine, even sense of each character's individual strengths and weaknesses, as well as a very interesting explanation of how and why Immanuel and Adam are stronger together.
Now, I am not a fan of mysticism or magic, for I long ago tired of the Tolkien clones, but IMD gives me enough of a slant on the fantasy genre to hook me. I find the powers of Immanuel a great twist, especially with broader uses for earlier contraptions such as the vivalabe, the explanation of the selkies, and the shadowy organization which investigates these matters. Adding to that, if the previous books were more akin to the dark, murky middle, as in a movie trilogy, then Selkie Cove comes off more like a fine finale, as much brightness as there is murky uncertainty. Immanuel finds his footing in this one, becomes a man as it were, and Adam himself struggles to cope with his own life and past. These are brilliantly displayed, and one would think Jorgensen was made up of worlds of pain herself, or a good recorder of it, to put such deep sufferings into the printed word. But by the end, heroes are forged, intrepid adventurers with a defined place in this strange steampunk landscape. I say well done again. If you need a series, need thrills, action, drama, the weird, read IMD. Take the train and the ferry to Selkie Cove. Bring a heavy blanket, a vivalabe, and high spirits.
Read more
2 people found this helpful
Helpful
Comment Report abuse

Serenity.Waiting
5.0 out of 5 stars Another exciting read!
Reviewed in the United States on August 7, 2017
Verified Purchase
Gave this five stars for being well thought out and written. Adam and Immanuel again create wonderful character chemistry. While searching for a killer they discover whether there is more truth than myth on an isolated island with a sordid past. I have greatly enjoyed reading the entire series and my only qualm is I still love Earl of Brass, & The Earl & the Artificer the most. Not a bad Qualm for an avid reader as myself.
Read more
One person found this helpful
Helpful
Comment Report abuse

KindleLover
5.0 out of 5 stars Even Better
Reviewed in the United States on July 3, 2019
Verified Purchase
It just keeps getting better with each one and I'm beyond ecstatic that Emmilen wasn't in it. I have no idea how the author keeps pulling me in so deeply but she does and I love that.
Read more
One person found this helpful
Helpful
Comment Report abuse

shinybutton
5.0 out of 5 stars Not your Mothers Romance Novel!
Reviewed in the United States on November 8, 2017
Verified Purchase
I love the whole series so far, but I think what I love most about these characters is how they do not bore me! They are unpredictable and deal with issues that are off the beaten path. Can’t wait to see where the author takes me next!
Read more
One person found this helpful
Helpful
Comment Report abuse

Amazon Customer
5.0 out of 5 stars Selkie Cove Rocks! Pun intended!
Reviewed in the United States on August 1, 2017
Verified Purchase
This is absolutely my favorite book of this series so far, the blend of magic with mystery is seamless. Add to that the tension between Immanuel and Adam charged with fear and sexuality and you have a hit!
Read more
One person found this helpful
Helpful
Comment Report abuse

Kate M. Colby
5.0 out of 5 stars Triple Threat: Magic, Mechanics, and Mystery!
Reviewed in the United States on November 14, 2017
The fifth book in Kara Jorgensen's Ingenious Mechanical Devices series, Selkie Cove follows Immanuel Winter and Adam Fenice as they travel to a mysterious island to investigate the murder of a selkie (human-seal hybrid) on behalf of Her Majesty's Interceptors. While there, Immanuel and Adam must grapple with Immanuel's growing magical ability, Adam's anxiety about the couple being exposed as lovers, and a host of unsolved murders and disappearances.

Like always, Jorgensen paints a vivid narrative that makes the readers feel as if they are visiting Seolh-wiga Island themselves. The island acts almost as a character, working against Immanuel and Adam with its unpredictable weather and mysterious features. The setting made for an interesting break from smoggy London.

Another strong element is how Jorgensen marries science, magic, and folkore. Though one would expect these components to contradict, Jorgensen uses them all to propel the plot, without bogging down the readers with complicated or unnecessary explanations.

As for Immanuel and Adam, both characters tackle important inner conflicts. While Immanuel has taken the spotlight in previous books, in Selkie Cove, the readers receive Adam's perspective as well. I enjoyed this deeper look into Adam and empathized with his internal struggles with his homosexuality, societal expectations, and his career. I also appreciated Adam taking a more active role in the plot.

While I liked Selkie Cove, I think it might be my least favorite of the Ingenious Mechanical Devices series (though, that's like a chocolate lover picking their least favorite chocolate from the box). At times, the plot seemed a little slow, and I guessed most of the twists before they happened. Likewise, I preferred the more dramatic perspective shifts of the other books, and often had to re-read scenes when vague pronouns made it difficult to know which of our protagonists was acting or speaking.

Steph
4.0 out of 5 stars Another great read!
Reviewed in the United Kingdom on June 20, 2018
Verified Purchase
As always Kara Jorgensen has produced an intriguing and adventurous look at an alternate Victorian world. Full of magic, mystery and plenty of action, this story was a great read from beginning to end.
Read more
Report abuse
See all reviews