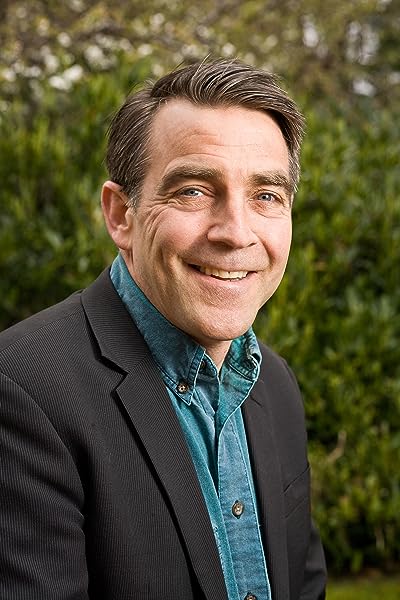 Selling Sickness: How the World's Biggest Pharmaceutical Companies Are Turning Us All Into Patients 1st Edition

"Ray Moynihan and Alan Cassels examine how the drug industry has transformed the way we think about physical and mental health and turned more and more of us each year into customers."

Ray Moynihan is one of the world's leading health writers. His work has appeared in the Sydney Morning Herald, the Age, the Australian Financial Review, the British Medical Journal, Lancet, and New England Journal of Medicine.

Alan Cassels is a Canadian researcher and writer who works on drug policy issues.

Start reading Selling Sickness on your Kindle in under a minute.

4.5 out of 5 stars
4.5 out of 5
129 global ratings
How are ratings calculated?
To calculate the overall star rating and percentage breakdown by star, we don’t use a simple average. Instead, our system considers things like how recent a review is and if the reviewer bought the item on Amazon. It also analyzes reviews to verify trustworthiness.
Top reviews

Jacq S
5.0 out of 5 stars Even though the book is from 2004, it is ...
Reviewed in the United States on October 1, 2017
Verified Purchase
Even though the book is from 2004, it is still relevant. Reading the book is upsetting, how money is involved in every aspect of being sick and made to think we are sick. I was reading the book while on TV was a commercial of the latest new medication that we need to ask our doctor about! Going to a hematologist and they need to know when my last bone density test was. We are made sick for money. There are now many rules and regulations in place to 'curb the selling that makes us feel sick', but the pharmaceutical industry is still influencing doctors and the public.
Eye opening book, especially if you take the medicine(s) he's talking about.

Kenman
5.0 out of 5 stars Protect yourself against American Pharma: read the book
Reviewed in the United States on February 11, 2014
Verified Purchase
High blood pressure, high cholesterol, pre-menstrual syndrome, ADD/ADHD, pre-diabetes, depression, anxiety, bi-polar disorder, hormone replacement and other "diseases" are shown in the book to be "symptoms, not diseases." So how did they get to be diseases and produce billions of dollars in drug sales to treat them? Marketing, misconceptions, mis-information, "buying doctors", outright lies and even conspiracy by pharmaceutical companies throughout the world have led to the unsuspecting public taking billions of pills that don't help us and may even harm us.

How does that happen? Doctors, medical schools, clinical journals and even the FDA employees are all dependent on pharmaceutical company dollars and that leads to journal articles that are "ghost-written" by pharma employees, sent to physicians who "assume" that they are true and disseminated by pharma reps whose considerable income and continued employment depend on convincing doctors to write more of their product. What about Congress? Also on the payroll.

I spent 37 years in pharmaceuticals. I'm not proud of everything I did before I realized that we were being fed a bunch of crap by our management and executive teams, but I wish I had written this book. A little dated (2005) but still valid and well written.

The manager who hired me with Pfizer in 1974 gave me a final piece of advice before sending me out to sell - "always remember, drugs are made to be sold, not taken." A very wise man.

Spend the money, read the book and next time you go to your doctor you'll be better armed to ask questions, evaluate his advice and discover whether he/she's the doctor you want to trust your life to.

I hope that Moynihan and Cassels are working on an update with information on the other drugs that have come out since the original publication. I'll buy it.

This book has a lot to say that is crucial to the consumer, and those who will 'become' consumers, and therefore PATIENTS.

Big Pharma: It's a big busine$$, very unconcerned with our GOOD HEALTH.

Gert Bo Thorgersen
5.0 out of 5 stars The book warns us about how the medical firms among other invent new sicknesses just for selling more drugs.
Reviewed in the United States on April 19, 2016
Verified Purchase
By reading the book we again see how the Food and Drug Administration, (FDA), is too close connected to the medical firms, from whom yearly half of the money is received, which without doubt results in the fast greenlighting the new drugs, and this mostly done just after only the produces have declared how safe and good and safe their drugs are.

And besides with the drugs faster being allowed in USA than in Europe, we at cases with drugs turning out resulting in bad side problems, and even persons dying, it now for FDA have rotated 180 degrees, so that in Europe fast being removed from the marked, while by FDA even taken up to 1 ½ year before banned in USA.

So again it looks like too close a connection between FDA and the medical firms. But strangely it also shows up that nearly all of the “experts” who to FDA greenlight the drugs actually nearly all of them also are working for, paid by, the firms; which strangely they often try to deny.

And in cases we see how the firms for selling more drugs, then by rotating the research results get them to look much better, for example, when advertising that a drug reduces the risk of hip fracture by 50%. But actually by the research the firm only used women at high risk, and of these 100 were on the drug while 100 on placebo, and during the period 1 in the drug group had a hip fracture while 2 in the placebo group. So 1% in the drug group and 2% in the placebo group hit by the sickness. But of cause 1 to 2 = 50%, so of cause telling only 50% so big chance when using the drug, and strangely forgetting to tell research only was made on high risk women.

To me the book is missing in some of the chapters to tell which natural vitamins, minerals, or herbs, the patient could use instead of the actual drugs, and thereby in many cases getting much better results, and nearly without any side problems. As in the case concerning risk of hip fracture, where we more and more realize the missing of calcium, magnesium, sunshine (vitamin D2), and vitamin K2, causes the problem.

As the book is printed in 2005, we concerning some of the cases since then, in the news, have read about much more problems. Or concerning the cholesterol we now know that we nearly have none connections between cholesterol and heart attack. But even the book is printed 11 years ago, it still is good by warning us about not blindly to trust FDA or the drug producers.
Read more
5 people found this helpful
Helpful
Comment Report abuse
See all reviews

Incognito Cassis
5.0 out of 5 stars A GOOD DEBATE FOR ALL OF US
Reviewed in the United Kingdom on April 29, 2015
Verified Purchase
Sickness is a industry that in the hands of the present pharmaceuticals who are a business see only ill health as business and not as a healing Industry. The Drugs companies globally have made us puppets and they the masters of our health by controlling our health and demise of life under false techniques of pseudo science and standards of what is adequate to ensure assurance of PROFIT ONLY. They the pharmaceutical companies have DONE MORE HARM Globally to US ALL. This book is well researched and will make you ask questions IS IT SAFE FOR ME TO GO TO A DOCTOR? HAS A RISK ASSESSMENT DONE BY AN UNBIASED ORGANISATION TO ENSURE THE INFORMATION SUPPLIED IS ADEQUATE FOR MY HEALTH AND HEALING. A GOOD DEBATE FOR ALL OF US...HOW SAFE ARE WE ALL REALLY IN THE HANDS OF THE DRUG COMPANIES?...TIME TO EXECUTE THE HANDS THAT FEED THE PHARMACEUTICAL DRUGS COMPANIES.
Read more
4 people found this helpful
Report abuse

Luisa Hernández
5.0 out of 5 stars You can do that better than anyone
Reviewed in the United Kingdom on October 11, 2014
Verified Purchase
This book was a bit of an eye-opener. Pharmaceutical companies have a vested interest in keeping us dependent on pills. Doctors don't have time to treat the whole person. If there's a magic pill, then that's what's given to patients. Always read the side effects before you go onto any medication long-term and do your own research. Your doctor doesn't have the time to research "your" case. You can do that better than anyone. There are occasions where there is no alternative, but evidence from this book suggests that there are so many more where there is a healthier alternative than the prescribed medication.
Read more
3 people found this helpful
Report abuse

Dalia Cerneviciute
5.0 out of 5 stars Real face of modern medicine
Reviewed in the United Kingdom on April 28, 2014
Verified Purchase
Modern medicine with pharmacy companies want to make everyone in the world patient for ever to profit from sickness. People should trust more in themselves but not believe in those who make people patients but not to heal them.
Read more
2 people found this helpful
Report abuse

Page 1 of 1 Start overPage 1 of 1
This shopping feature will continue to load items when the Enter key is pressed. In order to navigate out of this carousel please use your heading shortcut key to navigate to the next or previous heading.
Back
Next
Pages with related products. See and discover other items: industrial maintenance, advertising and promotion books