You've subscribed to Harper Hall Investigations! We will preorder your items within 24 hours of when they become available. When new books are released, we'll charge your default payment method for the lowest price available during the pre-order period.
Update your device or payment method, cancel individual pre-orders or your subscription at
Your Memberships & Subscriptions
There was an error. We were unable to process your subscription due to an error. Please refresh and try again. 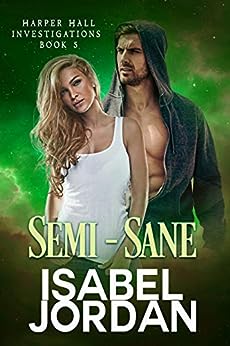 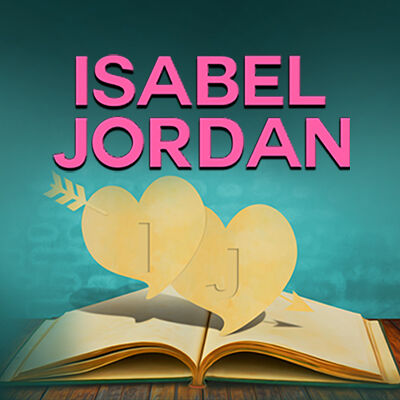 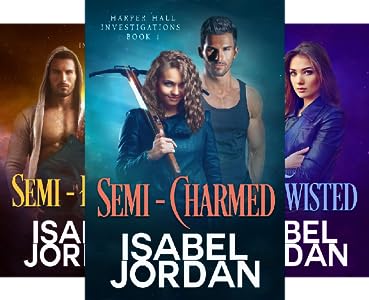 4.8 out of 5 stars
4.8 out of 5
66 global ratings
How are ratings calculated?
To calculate the overall star rating and percentage breakdown by star, we don’t use a simple average. Instead, our system considers things like how recent a review is and if the reviewer bought the item on Amazon. It also analyzes reviews to verify trustworthiness.
Top reviews

Lila
3.0 out of 5 stars Wash, rinse, repeat
Reviewed in the United States on September 4, 2020
Verified Purchase
I'm sure there are many who would enjoy this story, but for me, it felt very much like wash, rinse, repeat of other stories in this series. I give it one star for the sassy remarks, one star because I feel that if you haven't read the previous books you would enjoy it, and one star because I made it through it due to it being a short read.
If you've read the previous books you'll recognize the same story line. If you read them in order you'll find that some things don't add up, plus within this book some things don't add up, so you'll have to excuse that. Misspellings or wrong words, but I've noticed that in all these books.
The thing that really just made me cringe is the whole "I'm not good enough" theme with the characters, previous books were the same so I was really hoping for a switch up (who wants to read repeated whoa is me storylines book after book?!) but I read the same story as Seven's, the change up being Seven in this book is the man.
It's the last one I can bring myself to read.
Read more
Helpful
Report abuse

Genre Minx Reviews
5.0 out of 5 stars I thoroughly enjoyed this story!!
Reviewed in the United States on November 17, 2017
Verified Purchase
Semi-Sane is the fifth and final book in the Harper Hall Investigations series which has been an AMAZING series! I have completely adored each and every book in this series and Semi-Sane was no exception. In this installment, the focus is on Dr. Violet Marchand and bad boy Nikolai Aleyev. The story between these two characters was introduced in the previous book, Semi-Broken, and I would recommend that you read that story before reading this one. As a series, the books are all best read in series order but no one is saying you can’t go rogue and read them however you want to. I just recommend that you read them 😉.

Violet Marchand is the only psychologist in the city of Whispering Hope who is certified to treat both humans and supernatural beings. Although she is only human herself she has devoted much of her time trying to help the supernatural community but they can be a little high maintenance at times so when she starts to receive death threats she kinda blows it off. She has too much that she is currently dealing with already, what with having just survived a kidnapping by a guy who used her to try to get close to one of her patients to kill her. No biggie there, right? Just another day at the office.

Unfortunately, Violet had developed feelings for Nikolai Aleyev during their courtship and when his true motives had been revealed it was heartbreaking to Violet. Yeah, I totally wanted to punch that character in the face. Despite the betrayal, she was a professional and she could get through her feelings about the situation but her heart missed him so much. Now Violet was only dating safe and reliable men, strictly humans. What she was not expecting was that Nikolai would come knocking on her door asking for forgiveness. Forgiveness she could give but not her heart, she could never trust him again.

Despite feeling that the threats against her life she had been receiving were nothing serious, Violet did bring up the matter with her friend and investigator Harper Hall and pretty soon she had the entire investigation team looking into the matter. It quickly became apparent that Violet’s life was in actual jeopardy and Harper decided that Violet needed protection 24/7 and that she would find the perfect bodyguard. Just imagine Violet’s utter shock when she opened her door to none other than Nikolai. Yeppers, Harper had a lot of explaining to do! Thrown together both Nikolai and Violet were going to have to deal with the chemistry that was happening between them all the while keeping Violet safe as the threats against her life become extremely dangerous.

I have adored Violet’s character throughout this series, so I was very happy that Semi-Sane was her story. Also, I got to see a new side to Nikolai this time around and I liked that very much. As always, this story included all the original characters in this series and I love that! Semi-Sane was a fast-paced mystery that also had some hot romance between two characters who definitely deserved their second chance romance. There is a lot of humor throughout this story and the sarcasm and snark that I love is definitely not missing at all, I highly recommend that you grab a copy of Semi-Sane for yourself today! The Harper Hall Investigations series is such a wonderful series that I just cannot recommend enough!

This review is based on a complimentary book I received from Author, Isabel Jordan. It is an honest and voluntary review. The complimentary receipt of it in no way affected my review or rating.
Read more
One person found this helpful
Helpful
Report abuse

Kindle Customer
5.0 out of 5 stars Another Great Read in the Harper Hall Series
Reviewed in the United States on May 11, 2019
Verified Purchase
Is it possible for a series of books featuring the same characters to get better and better? It is if you're reading Isabel Jordan's Harper Hall series! The books feature everything good in paranormal reading- a good plotline with plenty of action, brilliant dialogue and hot romance! I never want this series to end!
Read more
Helpful
Report abuse

Mart
5.0 out of 5 stars So enjoyable
Reviewed in the United States on June 24, 2018
Verified Purchase
This is my second time reading this series and I enjoyed it more this tome! Vi and Nickolie have an instant attraction This book takes off about 6 months after the last book. You don't want to miss the romance,humor, , twists and turns Isabel takes us on. I love her books!
Read more
Helpful
Report abuse

Kindle Customer
4.0 out of 5 stars As good as they get!
Reviewed in the United States on November 17, 2017
Verified Purchase
It is so great to find an author who DOESN'T peter out once they get several books under their belt.
I love Violet's internal dialogues and verbal vomit. Bennie and Harper just get funnier. It's priceless to peek in on the other's wedded bliss.
Ahhh.
Read more
Helpful
Report abuse

Drew
5.0 out of 5 stars Another wild, wonderful, wacky book
Reviewed in the United States on November 19, 2017
Verified Purchase
Boy howdy, do I love this series. This story rounds out the love interests for Harper's gang, and we get to see progress in the characters from previous books. There really wasn't much of a mystery here, but who cares with the sexy times so hot and the dialogue so snappy. I hope we'll get some novellas and maybe a spin-off series.
Read more
Helpful
Report abuse

Kindle Customer
5.0 out of 5 stars Love, love, love this series!
Reviewed in the United States on December 29, 2019
Verified Purchase
These books are chock full of sassy, smart assy fun that blend kick-ass heroines who use joking as a way to lighten the mood when the world goes to hell in a hand basket with these tough-as-nails dudes of questionable character and bad reputations. These bad guys are tamed by the funniest, snarkiest, group of women who give us all friendship goals!
Read more
Helpful
Report abuse
See all reviews

Kindle Customer
5.0 out of 5 stars Really good
Reviewed in the United Kingdom on February 19, 2018
Verified Purchase
Another great book in the series with quite a few laugh out loud moments. Trying to read the passages to my husband that were causing me to laugh so hard I was crying were near impossible to do. Utterly brilliant story with all the characters from the previous books.
Read more
Report abuse

Spiffy
5.0 out of 5 stars Another great one!
Reviewed in Canada on November 27, 2017
Verified Purchase
Once again we enter the fun wacky world of Isabel Jordan! All these books are hilarious and you will always have a smile on your face while reading. Love catching up with the gang!
Read more
Report abuse
See all reviews