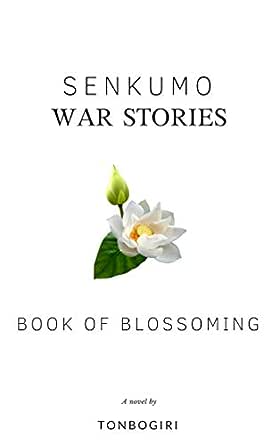 You've subscribed to Senkumo War Stories! We will preorder your items within 24 hours of when they become available. When new books are released, we'll charge your default payment method for the lowest price available during the pre-order period.
Update your device or payment method, cancel individual pre-orders or your subscription at
Your Memberships & Subscriptions
There was an error. We were unable to process your subscription due to an error. Please refresh and try again. 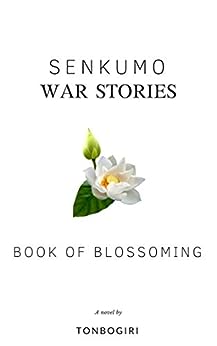 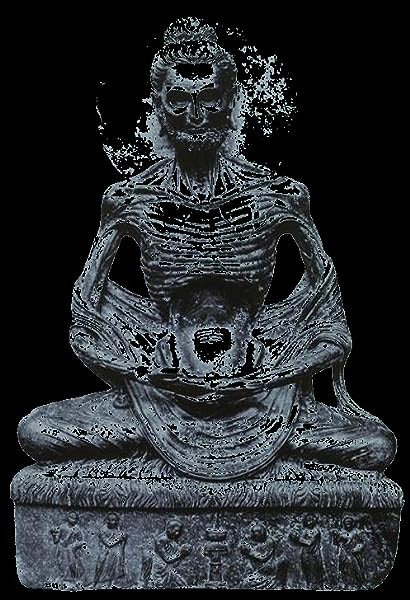 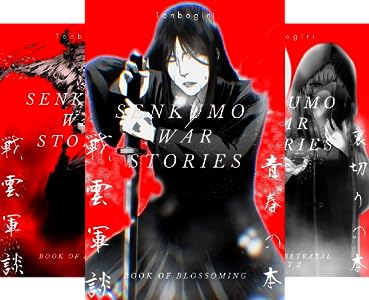 Aadria
3.0 out of 5 stars Interesting intro to a unique series
Reviewed in the United States on July 6, 2019
Senkumo War Stories: Book of Blossoming is the fairly short introduction to the Senkumo War Stories series. The book follows a young goddess who runs away from Heaven and is taken in by a war god, during the events of and following the Onin War in Japan. Being the first in the series, this book focuses on Tsukiakari’s early days of training and the first battles she fights. The writing style is fairly simple and straightforward, reading somewhat like a fairytale. The dialogue felt a bit stilted or unnatural occasionally, but otherwise the writing was fairly smooth. Aside from some oddities - a pervy character that has frequent outbursts about wanting to touch young girls’ bodies, some sudden sadism, and a couple of scenes that felt out-of-place - the story is quite interesting.

The book is set in Japan, beginning at the events leading up to the Onin War. The country is littered with rebellions and chaos. Meanwhile, the Shinto and Buddhist gods vie for followers who can offer them their prayers, and try to protect themselves from the threat of outside religions making their way into Japan.

Tsukiakari fled from Heaven after her father is found guilty of murder and her mother goes a bit mad. Wandering Japan, she comes to a ruined Kyoto and ends up killing two men in self-defense. Bishamonten, a god of war, sees her talent for violence and takes her in, offering her a place in his Senkumo clan and the chance to become a recognized goddess - an important lifeline for deities. We follow her through her training and early battles as she molds her nature into that of a war goddess. In the Senkumo clan, Tsukiakari is raised among 3 other orphan girls who become sisters to her.

I would recommend this to readers who enjoy stories primarily about battles and wars, or those who have an interest in Shinto mythology or historical Japanese settings.

This book was an interesting introduction to the series. I enjoyed the setting and inspirations taken from both the Shinto and Buddhist pantheons. Some of the characterizations felt included for shock value, which didn’t work that well for me, though, and made me struggle to care about the characters as much as I would have liked.
Read more
Helpful
Comment Report abuse

Sharon
VINE VOICE
4.0 out of 5 stars worth a read
Reviewed in the United States on October 4, 2019
This is an interesting and intriguing story. I’ve never read anything by this author before and this isn’t my usual genre of reading but something about the blurb caught my interest. It is set in Japan and so there are cultural differences which make the story that more interesting to me. It’s written in such a way that it’s easy to read and to follow along. If you are looking for something slightly different then give this book a chance. It’s the first in a series and I think it’s worth a read.