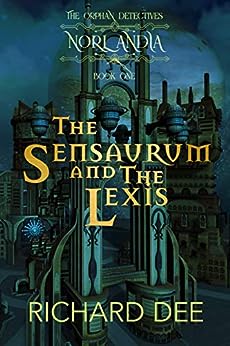 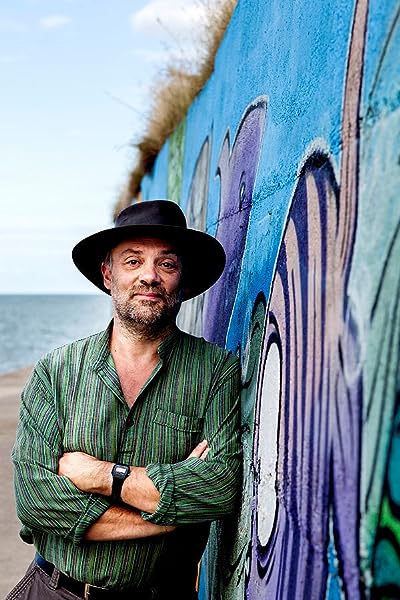 The Sensaurum and the Lexis.: A Steampunk adventure. Kindle Edition

From a Goodreads reader.
"Brilliant story, great characters! Cannot wait to read more about Jessamine and Jackson's adventures. If steampunk is what you like, read this book, never read stuff like that- read it, it is very good book!"
--This text refers to the paperback edition.

L Pieters
5.0 out of 5 stars A fun old-school adventure with gizmos and gadgets galore
Reviewed in the United States on March 26, 2020
I received a free advance copy of this book from the author, for the purpose of finding any last-minute errors prior to release. The decision to review, and any opinions herein, are my own.

Richard's latest offering is a steampunk delight. His plot twists keep the pace moving speedily and yet there are fragile human moments interspersed throughout. The action is presented realistically, with a side helping of serious Victorian common sense maintaining its stiff upper lip.

I chuckled at a few hidden gems of wit in unexpected places, delightfully reminding me of Sir Terry Pratchett's pithy style of prose. This is definitely a page-turner where the mundane world as we know it, has been turned quite solidly on its head and presented from a delicious new viewpoint.

I look forward to reading the dashing exploits of our heroic couple in the next book.
Read more
One person found this helpful
Helpful
Report abuse
See all reviews

marjorie mallon
5.0 out of 5 stars Steampunk, Spies, Secrets and Fun!
Reviewed in the United Kingdom on May 19, 2021
Verified Purchase
I was curious to discover more about steampunk... and this has confirmed how interesting and different this genre is.

The Sensaurum and The Lexis is a Steampunk Spying mission story set in Norlandia with lots of fascinating details, secrets and discoveries.

You can expect... unscrupulous scientific experimentation, artificial limbs, flying machines, The Watchmen, (law of Norlandia,) a beast called the Drogan, spy accouterments, (007 for orphans!) the Rotaplane, walking exo-men, and other such imaginative wonders. Oaths to be made, secrets and lessons to be learnt, the ever-present fear of discovery, or dying on duty, as well as shameful moments to boot!

The main character Jackson Thwaite's father and mother die in a terrible accident in a factory whilst making artificial limbs for the government. Intriguing, or what? Fellow spy Jessemine Batterlee is plucky and resourceful!

Relationships are forged and questioned - Is it a good idea to fall in love if you are a spy?

Really loved this. Great story and great fun! 5 stars.
Read more
Report abuse
See all reviews
Back to top
Get to Know Us
Make Money with Us
Amazon Payment Products
Let Us Help You
EnglishChoose a language for shopping. United StatesChoose a country/region for shopping.
© 1996-2021, Amazon.com, Inc. or its affiliates