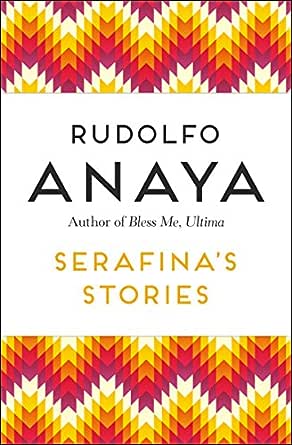 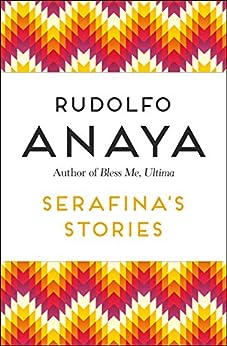 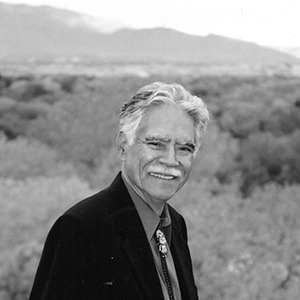 Adult/High School–In 1680, 15-year-old Serafina is captured along with 11 other Pueblo Indians who are accused of plotting against the Spaniards governing New Mexico. She speaks fluent Spanish and is also a storyteller, and a bargain is struck with the governor: in return for telling the lonely widower a story, one of the prisoners will be released. Each evening Serafina delights him with a tale; next morning he questions and releases a prisoner. Most stories are familiar to him, like "Cinderella" retold as "Miranda's Gift." Others are Indian. But the governor's enemies are aghast at his friendship with Serafina, believing that the natives should be punished harshly, not freed. At last it is Serafina's turn to be tried. If the governor releases her, an agent of the Inquisition will take her away to be tried for heresy, so he decrees that she must remain in his custody for the present, her "prison" a room behind his kitchen. The short, action-packed folktales are perfect for reluctant readers and are linked by the story of the struggle between the Pueblos, determined to preserve their religion and culture, and the settlers, determined to suppress and convert them.–Molly Connally, Chantilly Regional Library, VA --This text refers to an out of print or unavailable edition of this title.

Anaya blends Spanish folktales with Pueblo Indian myths to create a charming New Mexican version of the Arabian Nights. --This text refers to an out of print or unavailable edition of this title.

Anaya blends Spanish folktales with Pueblo Indian myths to create a charming New Mexican version of the Arabian Nights. --This text refers to an out of print or unavailable edition of this title.

Rudolfo Anaya, widely acclaimed as one of the founders of modern Chicano literature, is professor emeritus of English at the University of New Mexico. He is best known for the classic Bless Me Ultima. --This text refers to an out of print or unavailable edition of this title.

"Anaya again reminds us of the importance of maintaining an oral tradition..." -- San Antonio Express-News, November 7, 2004

"Anaya’s prose offers...purity… [Serafina’s Stories] will restore to all but the most jaded reader a necessary sense of wonder." -- Alan Cheuse, NPR, All Things Considered, January 13, 2005

"With a powerful cuentista like Rudolfo Anaya at the helm, astonishment is inevitable." -- El Paso Times, December 5, 2004

"[these] action-packed folktales are perfect for reluctant readers." -- School Library Journal, March 2005 --This text refers to an out of print or unavailable edition of this title.
Read more

John M. Lee
1.0 out of 5 stars Unsatisfactory condition of book. Came only in a plastic bag w/ no padding. Corners of the hardback were crushed.
Reviewed in the United States on July 28, 2014
Verified Purchase
See below. Sera fina's Stories is in that special category of book to be appreciated by both adults and children.
Read more
One person found this helpful
Helpful
Comment Report abuse

green chili reader
5.0 out of 5 stars More of the best from a master
Reviewed in the United States on November 7, 2014
Anaya has a pleasant way of spinning Hispanic folk-stories into something that glitters like imaginary gold. He’s been at this task since Bless Me Ultima rolled off the presses back in 1972, and he still has the magic today in his late seventies. In Serafina’s Stories, the title character plays the role of a Sheherazade, regaling the lonely Spanish governor with tales of her Pueblo Indian people, their beliefs, aspirations, and simple affections for each other and the land. Anaya chose as a backdrop for this book the 17th century Pueblo Revolt, which he considers to be a signal event in the history of his home state. Perhaps it was, perhaps it wasn't, but we are willing to forgive him any lapses or exaggerations and let him tell the history the way he wants to, for he gives us so much simple reading pleasure in return. He always leaves us with a smile. Serafina may not be Ultima, but she is very nice on her own terms. The book originally appeared in 2004, and it is good to see a reprint published by UNM Press a decade later because it’s been a fairly drab year for New Mexico publications, and Anaya provides not just some much-needed concentrated sunlight but concentrated colors as well.
Read more
One person found this helpful
Helpful
Comment Report abuse

Louis N. Gruber
VINE VOICE
5.0 out of 5 stars Storytelling Magic
Reviewed in the United States on October 11, 2005
The Governor of Spanish New Mexico is a troubled, lonely man, caught between his Spanish subjects, the increasingly restless Pueblo peoples, the Apache marauders, and a fanatical Catholic church that is becoming ever more repressive. One day in 1680 twelve Indian prisoners are brought into town, accused of plotting against the Spanish government. Turns out, one of the "plotters" is a beautiful young woman and gifted storyteller, Serafina.

The Governor strikes an odd bargain with this Serafina. For every night that she entertains him with a story he will free one of the prisoners. Sounds like the Thousand And One Nights, but with some unusual twists. Not only are the lives of the prisoners at stake, and that of Serafina, but the future of the territory. Can the Spanish colonials and the native peoples cross their cultural divide and live in peace? Can the stories of the gifted Serafina bring them together? Or is it already too late?

Well, you simply have to read this book. Author Rudolfo Anaya writes in a beautiful, heartfelt style, sprinkling his clear, simple English with Spanish words and phrases, to create a vivid impression of the old Southwest. Loosely based on actual historical events, the story is as meaningful as ever in a time when peoples and cultures are struggling to coexist. The stories are so well done that they become more than stories. They speak to the reader personally. This book is easily read but will move you deeply. I recommend it most highly. Reviewed by Louis N. Gruber.
Read more
9 people found this helpful
Helpful
Comment Report abuse

Modernmystic
5.0 out of 5 stars Great Book!
Reviewed in the United States on September 29, 2005
I loved the stories- they crossed the cultural divide with adaptations of stories most of us heard as children.
Read more
3 people found this helpful
Helpful
Comment Report abuse
See all reviews