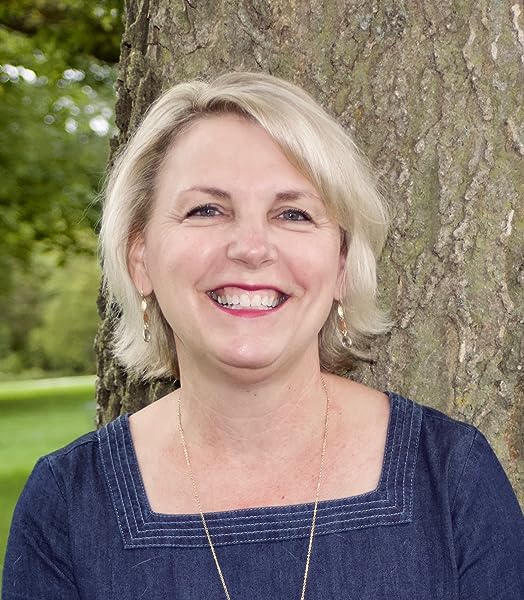 'Embedded in this heartwarming story of doing the right thing is a deft examination of the pressures of income inequality on children.'

'This tale of temptation, ethics, guilt, and family love is firmly grounded in the economic realities of today, as was the earlier collaboration between Boelts and Jones, Those Shoes (rev. 11/07).'

'In this witty, wise picture book Boelts presents a kids-eye view of a consumer fad that rages through school at gale force.'

—Bulletin of the Center for Children's Books (starred review)

K-Gr 2—Ruben wants a bike like Sergio's and ones his other friends ride, but his family cannot afford one. Fate seems to help him find a way to pay for a bike when a lady inadvertently drops a $100 bill while checking out at the grocery store. No one notices as Ruben stashes the bill in his backpack. The text is lively. "My hands are shaking. That money is enough for a bike like Sergio's. Then I won't have to run; I'll be riding." Semirealistic cartoon illustrations have readers rooting for Ruben to do the right thing. At first, he is excited, envisioning spending the money on a new bike, but eventually he starts feeling guilty. Ruben's conscience eats at him, especially when he cannot find the $100 bill. He searches everywhere before finally locating it in another pocket. Relieved, Ruben decides he will do the right thing and soon gets his chance to make things right. When doing an errand for his mom at the grocery store, he runs into the same woman who lost the bill. He returns it and goes home to tell his family what happened. The book ends as he basks in his parents' pride. This title hits on the issues of poverty, peer pressure, and self-control. VERDICT Parents of all economic backgrounds can use this selection to start a conversation about right and wrong, but kids might find the ending less than satisfying.—Robin Sofge, Alexandria Library, VA


"Boelts lays out Ruben's ethical dilemma and emotional turmoil without preaching, and his struggle and journey toward the moral choice--which includes an interlude in which he believes he has lost the money--is both dramatic and genuine. Jones's mixed-media illustrations capture the scuffed-up feel of Ruben's urban neighborhood, as well as the sweet earnestness of the bespectacled hero and his multiracial family." Starred Review: Publisher's Weekly

This tale of temptation, ethics, guilt, and family love is firmly grounded in the economic realities of today, as was the earlier collaboration between Boelts and Jones, Those Shoes (rev. 11/07)...The resolution is realistic for a kid with a loving, supportive fam- ily, and it leaves plenty of room for talking about what is most important in life from an authentically childlike perspective.
—Horn Book

Continuing from their acclaimed Those Shoes (2007), Boelts and Jones entwine conversations on money, motives, and morality...Embedded in this heartwarming story of doing the right thing is a deft examination of the pressures of income inequality on children.
—Kirkus Reviews

Maribeth Boelts captures the agony of a moral dilemma in “A Bike Like Sergio’s” (Candlewick, 40 pages, $15.99), a picture book for 5- to 8-year-olds. To Ruben, it seems that every other kid has a bicycle. “Ask your parents again,” says his affluent friend Sergio. “Your birthday’s coming.” True, but, as Ruben says, “Sergio forgets there’s a difference between his birthday and mine.” Later, when Ruben sees a dollar bill flutter from a woman’s purse, he picks it up. “I don’t chase her,” he tells us; “it’s just a dollar.” Except that it isn’t: It’s a $100 bill, and now Ruben can have the bike he wants. Or can he? And should he? In this rewarding tale, Noah Z. Jones’s expressive, naïve illustrations reinforce the sincerity of a boy’s valiant struggle with temptation. -The Wall Street Journal

Maribeth Boelts is the author of numerous books for children, including Those Shoes, a previous collaboration with artist Noah Z. Jones, and Happy Like Soccer, illustrated by Lauren Castillo. She lives with her family in Cedar Falls, Iowa.

Noah Z. Jones is the illustrator of Those Shoes by Maribeth Boelts as well as Not Norman: A Goldfish Story by Kelly Bennett, The Monster in the Backpack by Lisa Moser, and Welcome to the Bed and Biscuit by Joan Carris. He lives in Glendale, California.
Read more
Tell the Publisher!
I'd like to read this book on Kindle

5.0 out of 5 stars
5 out of 5
93 customer ratings
How does Amazon calculate star ratings?
Amazon calculates a product’s star ratings based on a machine learned model instead of a raw data average. The model takes into account factors including the age of a rating, whether the ratings are from verified purchasers, and factors that establish reviewer trustworthiness.
Top reviews

MDMama
5.0 out of 5 stars Feels very true to life for a kid; the integrity dilemma is powerful
Reviewed in the United States on February 28, 2020
Verified Purchase
Ruben is a kid from a family who-- as you learn throughout the story-- doesn't have much money. At one point in the book, Ruben observes as his mom makes a grocery list, then counts the money she has and has to cross items off the list. Just that piece alone is a little bit heartbreaking.

Ruben's friends, including his best friend Sergio, have bikes and pedal laps around him as Ruben walks. His family can't afford a bike and he knows it. He doesn't complain or whine about it; his longing is palpable, but he realizes that his family is simply not in the financial position to get him a bike.

Through a stroke of luck (whether it's good or bad depends on which side of the story you're on), Ruben sees a lady at a grocery store drop what he thinks is a $1 bill. He picks it up and when he looks up, the grocery patron is gone and he doesn't chase after her. Later, at home, he realizes that the bill isn't $1, but rather $100, and thus begins the internal battle for Ruben. Should he do the right thing and try and give the money back? But if he kept it, he could get the bike he's always wanted. But if he does that, he'd have to explain where he got the money for the bike.

Ultimately, Ruben does the right thing, but the struggle to get there feels very true to life for a kid his age (maybe 8-10?). Even when he does do the right thing, he acknowledges that even though he feels good for giving the money back to its rightful owner, there's still an emptiness of losing the promise of something he had wanted for a long time.

This is a great story for teaching integrity and how the right decision isn't necessarily the easiest one or the one that feels the best in the moment. This story started a dialog between my kids (6 and 4) and I about doing the right thing, honesty, wanting things you can't have right now, jealousy, empathy, and poverty-- all very important topics. I highly recommend this to all parents of kids 4-10.

Sharelle Moranville
5.0 out of 5 stars This is childhood
Reviewed in the United States on October 5, 2016
Verified Purchase
The wonderfully expressive characters in this story ARE childhood. The longing for a bike. The unbelievable good luck that poses a moral dilemma. "I am happy and mixed up, full and empty, with what's right and what's gone." Ruben is all of us. A delightful, worthwhile read with textural illustrations.
Read more
2 people found this helpful
Helpful
Comment Report abuse

Marie
5.0 out of 5 stars awesome book
Reviewed in the United States on February 4, 2019
Verified Purchase
I highly recommend this book. I have used it in my 1st grade classroom by leading with the question, "Do you believe in finders keepers"? This sparks great discussion. The story really gets kids thinking about doing the right thing. One of my new favorite books!
Read more
Helpful
Comment Report abuse

Kay Peel
5.0 out of 5 stars A strong teaching story about empathy and choices
Reviewed in the United States on March 29, 2018
Verified Purchase
A story that shows empathy and what it means to do the right thing. My 1st grade students were spellbound when I read it to them. This is just as goof as Maribeth Boelts' previous book, Those Shoes, which I also recommend.
Read more
One person found this helpful
Helpful
Comment Report abuse

J. Graddy
5.0 out of 5 stars Great read
Reviewed in the United States on January 6, 2020
Verified Purchase
I bought this book for a 6th grade class to show the climax and resolution of the story in a quick easy way. Great book!
Read more
Helpful
Comment Report abuse

Jenn Pineo
5.0 out of 5 stars Moral Discussions
Reviewed in the United States on March 11, 2019
Verified Purchase
Great book that allows students to think about what they would do if the found money. Leads to great conversations. Great for 2nd grade.
Read more
Helpful
Comment Report abuse

loripanda
5.0 out of 5 stars Love this book!
Reviewed in the United States on June 14, 2020
Verified Purchase
The quality of this product is pretty good. Pages are pretty thick for a paperback. Printing is very clear.
Read more
Helpful
Comment Report abuse
See all reviews from the United States

Amazon Customer
5.0 out of 5 stars What a great story!
Reviewed in Canada on October 28, 2019
Verified Purchase
I love reading this book to my son! I bought it after attending Andrian Gear's workshop on Reading Power. Such a good story to teach your kids!
Read more
Helpful
Sending feedback...
Thank you for your feedback.
Sorry, we failed to record your vote. Please try again
Report abuse

Lisa
5.0 out of 5 stars Great story.
Reviewed in Canada on June 16, 2018
Verified Purchase
Great story for use with Reading Power books.
Read more
Helpful
Sending feedback...
Thank you for your feedback.
Sorry, we failed to record your vote. Please try again
Report abuse