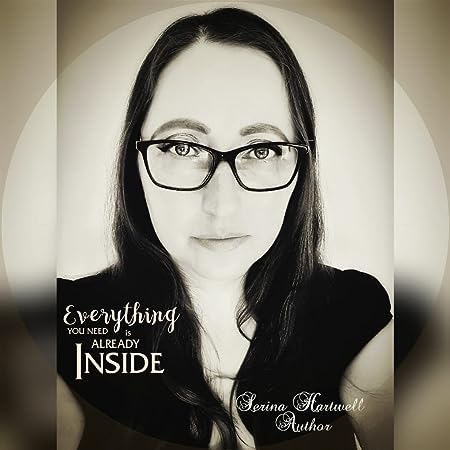 Did you ever have an itch you couldn’t scratch, a feeling that you’re supposed to be doing something else, something bigger with your life? Something that would touch the souls of others, and justify your place amongst the rest of mankind, but you just couldn’t put your finger on what? Well, Serina Hartwell spent the best part of 40 years looking for the answer, and low and behold, she ended up where she started… with writing.

Serina sometimes questions why she didn’t just turn in the opposite direction. ‘I would have got there straight away, but my path led me away from writing when I was just a teenager, because I lacked the confidence to pursue the dream,’ she said. Reminiscing one day, the thought occurred to her that if she had found writing back then, she wouldn’t have taken the journeys that led her to write The Hidden Saga.

Her name is Serina Hartwell; she is the mother of two wonderful children, who grew up when she blinked. She comes from an average size town in West Yorkshire, England. The same place where the Bronte sisters were born, and she is from the village in the mill town she writes about.

Growing up in an industrial town, and coming from a working-class background, Serina was surrounded by the mills that were once the life’s blood of the community. Decrepit and falling into disrepair, they still overshadow the place where she lived as a child; serving as a stark reminder that her town once thrived. Watching, as one by one, the mills went out of business and closed, served to inspire her story, while changing the landscape around her.

Serina’s mother worked in the mills when she was a child. She recalled that every night, her father would take her and her brother to the mill to collect their mum and walk her home, over the lonely beck-side. These trips along the shortcut are embedded throughout Hidden, as her childish imagination finally materialised on the page.

It was only recently that she found her way back to writing, when she suddenly found out that she was seriously ill.

Serina said, ‘It’s funny how life has a way of bringing you full circle and offering you sharp reminders that time is slipping through your fingers. One moment I was fine and the next I was in a very bad place. Today you look upon the writing of one of the luckiest people on the planet, as I recovered and moved forward.’

This is luck that she intends to continue to build upon. With doors closing all around her, and a timely reminder that her life had reached a turning point, she knew that she had to find the thing that she was supposed to be doing and get on with it. That’s when Serina really started looking.

In August 2010, she had the most intense urge to write. It came from nowhere. Doing the only thing she could to pacify the need, she borrowed her daughter’s laptop. At the time, she didn’t even know if she could write. The last creative thing she wrote was at school. Without knowing if she could connect with the page, let alone complete a book, she started writing.

Serina said, ‘I haven’t stopped writing since, nor do I intend to. So, allow me to introduce you to my work. May I begin by introducing Bronte, in The Hidden Saga? I hope you enjoy Hidden and the many more to come.’

Step into my world and let me take you on a journey... 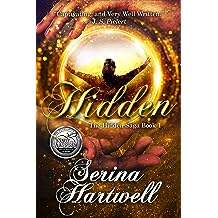 A single act leads to a near-fatal accident, which sets closely guarded wheels in motion, leading her to fall for her best friend, Riley. But when he leaves her, she realises her world isn’t flawless. With everything unravelling around her, the cracks begin to appear. Added to this are the powers she cannot control; wild magic she is not sure she wants in her life. She is an outcast, torn between her need to reconnect with Riley and the overwhelming desire to hide from the world.

Join Bronte’s journey of self-discovery, where she learns a dark secret, her family has worked so hard to conceal from her. Will it save her life... or destroy it forever?
Read more
Other Formats: Hardcover , Paperback