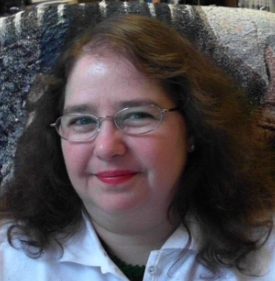 4.8 out of 5 stars
4.8 out of 5
9 customer ratings
How does Amazon calculate star ratings?
Amazon calculates a product’s star ratings based on a machine learned model instead of a raw data average. The model takes into account factors including the age of a rating, whether the ratings are from verified purchasers, and factors that establish reviewer trustworthiness.
Top reviews

Wilson
5.0 out of 5 stars Re-read over and over
Reviewed in the United States on October 9, 2018
Verified Purchase
It isn't often that a book will catch my fancy more than a couple of times there are just too many out there to read, but I enjoy Gloria's telling of this coming of age story so very much I have gone cover to cover many times.
Read more
Helpful
Comment Report abuse

Amazon Customer
4.0 out of 5 stars Timeless Tales 4 stars review
Reviewed in the United States on August 7, 2003
by Jameela
"In the Service of Samurai" takes place in a fictional setting of Medieval Japan. The Asaka Clan has come back from the dead and risen from the depths of the sea to finally complete the mission they were sent out to do. In this epic adventure, the unwilling key that will complete the Asaka clan's mission is a peasant boy named Toshi. Toshi must help the Asaka clan succeed and face many dangers or risk becoming what the Asaka Clan has become, the undead.
Toshi was sold to his master, a mapmaker named Hirojima Shun, when he was very young. Now, at the age of fifteen, he is an apprentice mapmaker. Master Shun is unwell and Toshi is in charge of the shop, when a Samurai, with glowing green eyes, comes in minutes before closing. For the first time in his life he has proof that "obake" (or monsters) actually do roam the world. The Samurai standing before him is an "obake" and has come for him. Toshi is kidnapped from his home and pressed into the company of a ship full of the undead Asaka Clan. The enemies of the Asaka Clan attempt to stop Toshi from completing the task his new master has given him by making him one of the truly dead.
Gloria Oliver has created an exciting and entertaining adventure with "In the Service of Samurai". Although it may take you a chapter or two to really get into the story, it is well worth reading. "In the Service of Samurai" is about honor, betrayal, love, faith, and friendship. While reading "In the Service of Samurai" you get to know Toshi well, and feel as if you are right there with him throughout his adventures. As the story unfolds, Toshi meets new and dangerous challenges and discovers that not everything is as it seems. I thoroughly enjoyed reading about Toshi and his adventure with the Asaka Clan and watching Toshi grow thru the challenges he has to face. I look forward to reading more of Gloria Oliver's work. If you enjoy reading a fantasy full of action and adventure I highly recommend you go out and get "In the Service of Samurai" and be prepared to enjoy a trip to Medieval Japan.

Amazon Customer
5.0 out of 5 stars A Wonderful Undead Story
Reviewed in the United States on March 9, 2006
This a wonderfully crafted tale of a young man forced into an extreme situation. While the magic of the adventure is fully brought out, the story never lifts to become fanciful. The full weight of the challenges and the seriousness of the constraints placed on the participants is kept ever alive keeping the reader from ever doubting the reality of the story.

There is nothing new about a story of undead needing to fulfill a mission. What raises this story above the norm is the clarity of the characters. The strengths and weaknesses of those in the story are stated then held consistent. The youth through which the undead seek to restore their honor, named Toshi, is not a bumbling idiot, but presented from the first as having certain skills and some intelligence. The reader thus enters the story with a sense that the story will remain credible and not need to rely on some amazing twist of fate to meet its objective.

Some might consider the pacing of the story to be slow. There is not a constant injection of action powering the novel. The author wisely allows the uniqueness of the setting to amaze the reader, and trusts in the wonder of the characters to hold one's attention. Truthfully, Toshi is not a character that would appear credible facing a number of opponents. While the main character does some amazing things, the settings are made clear with the methods of survival kept very credible.

The author does a magnificent job of bringing out all important characters even as the literary focus stays on Toshi. Those undead and those living that have an influence on the story are fully presented. The adventure does not stay in one place, but each scene is brought completely to life.

There should be no doubt that this novel earns all five stars. The genre is fantasy with an intention for the book to be for young adults. It however is not a childish tale and was fully enjoyed by the writer of this review.
Read more
2 people found this helpful
Helpful
Comment Report abuse

D. Hawk
5.0 out of 5 stars Honor does not die...
Reviewed in the United States on November 5, 2016
I've just finished re-reading this fine piece of work. Pardon me while I wipe my eyes.

The story will suck you in, punching you right in the feels as young Toshiro navigates amazing challenges while learning just what kind of person he really is. Drama, humor, Shinto and Bushido are all drawn against the backdrop of feudal Japan's last breaths. I'll likely read it again in a few years and I don't doubt I'll enjoy it just as much then as I did this time!
Read more
Helpful
Comment Report abuse

Cheryl Swanson
5.0 out of 5 stars Coming of age in old Japan--neatly spun fantasy
Reviewed in the United States on December 26, 2006
In a medieval Japanese village, a powerful samurai kidnaps a fifteen-year-old mapmaker. The hapless young boy, Chizuson Toshiro, is thereby thrust into a world honeycombed with riddles and undergirded with darkness. Virtually everyone Toshi meets for the next 300 pages of this novel is a ghost.

In Service of the Samurai is a neatly spun fantasy in which a young boy comes of age in the midst of an extraordinary journey. As the masked geisha, Miro, slowly gets a grip on Toshi's heart, he finds himself beginning to care about his captors. Stockholm syndrome or not, they redeem themselves by giving Toshi a chance to choose his own path and make his own life.

At its core, In Service of the Samurai is a classic mythic story about a hero's journey. It is a minutely imagined fantasy that transports readers to a highly nuanced world. The pacing is not for those who like a plot that whisks along. But for my money, this is a story worth the reading.

Carole McDonnell
5.0 out of 5 stars Exotic Magical Realism at its best
Reviewed in the United States on February 2, 2007
I loved this story!!!!! The exotic locale is refreshing and the worldbuilding is great. The characters are noble and driven. It reminded me of old Japanese ghost stories and ghost flicks I've seen. Full of folklore that just pulls you into the character's world. It's just a great little book. -C
Read more
Helpful
Comment Report abuse
See all reviews from the United States

GT
5.0 out of 5 stars Well worth reading.
Reviewed in the United Kingdom on March 12, 2019
Verified Purchase
I found this book to be thoroughly enjoyable for young and old alike. It is one of those books you cannot put down.
Read more
Helpful
Sending feedback...
Thank you for your feedback.
Sorry, we failed to record your vote. Please try again
Report abuse