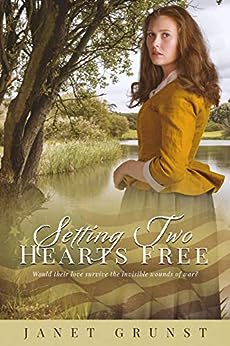 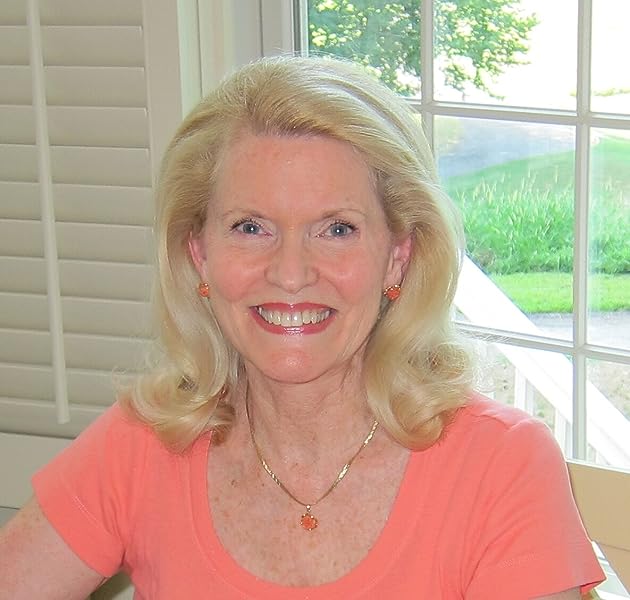 Janet is a wife, mother of two sons, and grandmother of eight. She lives in the historic triangle of Virginia (Williamsburg, Jamestown, Yorktown) with her husband. Brought up in a Navy family, she's lived throughout the United States as well as Spain. A lifelong student of history, her love of writing fiction grew out of a desire to share stories that communicate the truths of the Christian faith, as well as entertain, inspire, and encourage readers. --This text refers to the paperback edition.

A touching, timeless story of love and loyalty, hardship and hope. Setting Two Hearts Free honors our faith-filled forefathers, many of them Scottish like Mary Stewart and Donald Duncan, whose legacy is the lifeblood of our American heritage and must not be forgotten. Well done!-Laura FrantzChristy award-winning author of An Uncommon Woman
In Setting Two Hearts Free, Grunst shines at creating the engaging characters that populate the charming backcountry Virginia inn. Set in 1781, several years after the two previous books of the series, the story now centers on the Stewarts' older daughter, Mary, and Donald Duncan, the son of their friends in Alexandria. Grunst vividly depicts the trauma of war from the front lines to the home front, where those left behind must maintain farms and businesses in the absence of husbands, sons, and brothers. A soldier in the Continental Army, Donald endures exhaustion, disillusionment, and the mental and emotional toll of battle. A future with Mary feels increasingly out of reach. With Donald's extended absences, Mary harbors doubts about their relationship as well, particularly when during a British invasion she suffers a shattering trauma. Grunst realistically and compassionately portrays the harsh wounds of war that Donald and Mary individually endure. The healing process that gradually draws them into a deeper, more intimate relationship of mutual dependence and shared strength provides encouragement and spiritual insight for readers who may face struggles in their relationships.-J. M. HochstetlerAuthor of The American Patriot Series
It is often in the aftermath of tragedy's physical scars that we realize the deepest and most lasting wounds lie within. Author Janet Grunst brings us hope in this beautifully poignant tale of love torn apart by war's terrible secrets; and truth, the invitation to God's healing grace to make us whole. A beautifully heartrending story of love's triumph in truth amidst the atrocities of war.-Kate BreslinBestselling author of Far Side of the Sea
Author Janet Grunst has again brought a crucial time in our nation's history to life through the continuing Stewart family saga. Separated by Donald Duncan's enlistment to fight for freedom during the Revolutionary War, he and Mary Stewart are no longer wide-eyed young teens filled with dreams, but they have become young adults facing difficult realities. Grunst weaves each of their stories with delicacy through the tragedies which befall them. Donald and Mary must decide whether they will allow these trials to determine their future. Readers of clean historical romance will be touched by this tender and positive story of what honesty, faith, and perseverance truly mean. Highly recommend! -Kathleen RouserAward-winning author of Rumors and Promises.

Phyllis R.
5.0 out of 5 stars Beautiful Crafted Story
Reviewed in the United States on October 28, 2020
Verified Purchase
True to form, the author has brought us another historical story that is on point historically and with great character development. This is Donald Duncan and Mary Stewart's story. This is a couple who have been affected by a war that has dragged on for six years. Each of them have suffered much during this six year period: tragedy, disappointment, hurts, uncertainty and turmoil. Once they are reunited, will each of them be able to overcome the nightmare events that occurred to each of them during the six year separation to find a HEA. Be sure to read this story to find out. I know you will enjoy it as much as I did.
Read more
Helpful
Report abuse

HistoryLover
5.0 out of 5 stars The healing power of love and commitment
Reviewed in the United States on December 12, 2020
Verified Purchase
Author Janet Grunst has written a powerful book about a young couple beset by emotional and physical trauma, related to events during the American Revolution. Today, we acknowledge the existence of post-traumatic stress. Years ago, there were no resources for victims of PTSD and the misunderstanding of friends and families only added to their pain. Ms. Grunst has powerfully depicted the after effects of trauma, both physical and emotional. This is Book 3 in the "Heart Series:" Book 1 is "A Heart Set Free" and Book 2 is "A Heart For Freedom." I recommend the entire series to fans of historical romance.
Read more
Helpful
Report abuse

Cynthia M.
5.0 out of 5 stars Could not put this down once I started reading!
Reviewed in the United States on January 28, 2021
Verified Purchase
I enjoyed the story and the characters. This 3rd book in the series has a vivid depiction of the horrible, ancillary damage of war. In the midst of that, the characters are an encouragement to me as they navigate the impact of their circumstances always with faith in God and connected to family and friends. And I love the setting in Virginia, the cradle of our democracy. Thank you, Janet Grunst, for another captivating book!
Read more
Helpful
Report abuse

Book expert
5.0 out of 5 stars It was very uplifting
Reviewed in the United States on March 18, 2021
Verified Purchase
I not only learned how people lived back in the 1700s but enjoyed an interesting well-written story as well. I always look forward to this authors inspirational books.
Read more
Helpful
Report abuse

D. Mitchell
5.0 out of 5 stars Wonderfully written
Reviewed in the United States on October 6, 2020
Setting Two Hearts Free is a wonderfully written story of love, heartache, healing, strength, courage and faith. Mary and Donald's tale is one that echoes the many lives that had to endure the agonies of war. Ms. Grunst has such a way of drawing a reader into her stories, making the characters a part of your life...even long after the story ends. Her previous books were just as powerful and I highly recommend them as well. We all have struggles in life, yet some much more than others. This story tells of such struggles. Even after I finished the story, I still have an ache in my heart for this couple. Yes, they are fictional characters, but I know that there are real “Marys and Donalds” out there, who truly struggle each day. And through these fictional characters, I pray for those real people. Thank you, Ms. Grunst, for another wonderfully written “Heart” story.
Read more
One person found this helpful
Helpful
Report abuse

Bojopo
5.0 out of 5 stars Is there a path for Mary and Donald to rekindle what was lost?
Reviewed in the United States on October 13, 2020
March 1718, still at war with England 6 years later, the British are closer, Donald and Mary are still apart, 8 months until his dicharge . . .
Donald Duncan faces another day filled with unspeakable horror of the wounded and dying, causing his faith in God to waver. Plagued with violent nightmares, he wonders if his life will ever be normal again. Would Mary still be waiting for him?
Mary Stewart longs for letters from Donald. Patrick O'Brien is interested in courting Mary, and she is fond of him. She still loves Donald, but he has been gone so long. Have they grown apart?
Mary had a terrible incident that changed her, causing her such sorrow and guilt. Will she ever be joyful again? Would Donald still love her?

In Setting Two Hearts Free, Janet Grunst again captures the reader's attention and engages mind and heart. The issues addressed in this story are also current concerns. In fact, Janet Grunst dedicated this story to those who suffer invisible wounds of war and other trauma . . . .

I rate this 4.5 stars. I read an ARC manuscript, which had a few grammatical errors and time sequence difficulties. I assume they were corrected before final publication.
This review is entirely my own opinion. Thank you to Janet Grunst for the privilege of reading this manuscript.

Little Hen
5.0 out of 5 stars A Fitting Third Book to Author Janet Grunst's Trilogy
Reviewed in the United States on October 6, 2020
Author Janet Grunst has again brought a crucial time in our nation’s history to life through the continuing Stewart family saga. Separated by Donald Duncan’s enlistment to fight for freedom during the Revolutionary War, he and Mary Stewart are no longer wide-eyed young teens filled with dreams, but they have become young adults facing difficult realities. Grunst weaves each of their stories with delicacy through the tragedies which befall them. Donald and Mary must decide whether they will allow these trials to determine their future. Readers of clean historical romance will be touched by this tender and positive story of what honesty, faith, and perseverance truly mean. Highly recommend!
Read more
Helpful
Report abuse

Jenny
5.0 out of 5 stars Sweet and satisfying Christian romance
Reviewed in the United States on February 6, 2021
I appreciate the care the author puts into fully exploring her characters. Unlike so many other romances, this is not a superficial love story at all. We get to see the hero and heroine come to admire and appreciate each other's deeper qualities and strength of character, while extending grace and patience, basing their relationship on shared faith and values. A refreshing and satisfying story about the way love ought to be, set against the engrossing backdrop of America's Revolutionary War. I recommend it highly.
Read more
Helpful
Report abuse
See all reviews