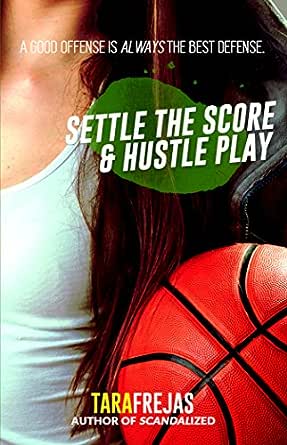 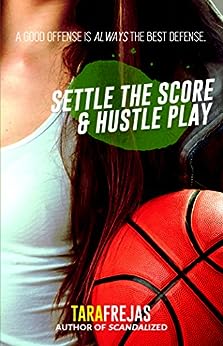 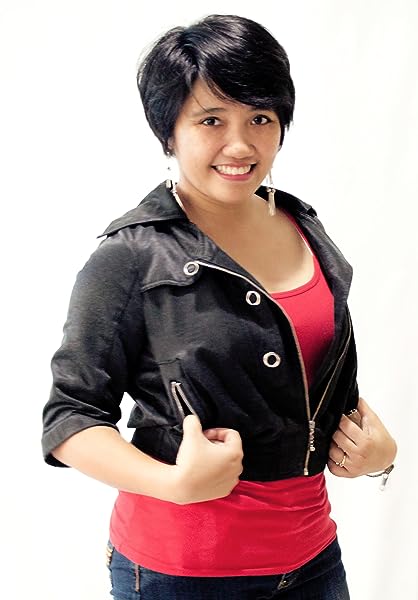 3.8 out of 5 stars
3.8 out of 5
13 global ratings
How are ratings calculated?
To calculate the overall star rating and percentage breakdown by star, we don’t use a simple average. Instead, our system considers things like how recent a review is and if the reviewer bought the item on Amazon. It also analyzes reviews to verify trustworthiness.
Top reviews

Nenia Campbell
TOP 500 REVIEWERVINE VOICE
2.0 out of 5 stars Male cheerleader romance
Reviewed in the United States on May 25, 2019
Verified Purchase
What's this? A romance between a male cheerleader and a female basketball player? Why, yes, of course I'd love to read you - and oh, what's that? You're also free right now? Girl, put down the phone. I'm coming over, and I'm bringing pizza.

This month, a number of Filipino writers are putting their books up for either a discounted price or for free. I'm usually the last to find out about things like these but somehow I happened upon the promotion right as it was starting - completely by accident. Obviously, this means that I've been wading in #OwnVoices this whole week and if there's something better out there to wade in, I haven't discovered it yet.

SETTLE THE SCORE / HUSTLE PLAY is a duology of two short stories about that couple I mentioned in the first paragraph. Garnet is a basketball player and Charlie is a cheerleader. They're both very good at what they do and they're both kind of in like with each other. The only problem is that Charlie has a girlfriend - and she's cheating on him.

SETTLE THE SCORE is about Garnet trying to make Charlie see the truth about his girlfriend, Nica. She intends to convince him but ends up kissing him - in front of everyone - by mistake, which causes all sorts of drama. In HUSTLE PLAY, they're together, but Garnet thinks they're going too "fast" (apparently kissing and hand-holding are "fast"), so she wants them to just be friends. However, she's ~so~ attracted to him, she can't help but feel ambivalent about her decision, especially when the star male basketball player, a boy named Chris, ends up becoming closer to her at a sports even, and their burgeoning relationship begins to push Charlie away.

I've loved most of these romances but there's a handful I haven't really liked all that much, and sadly, SETTLE THE SCORE / HUSTLE PLAY is one of these. I wanted to like it so badly because I'm all about romances that trump (ew, "that man" has ruined that word for me) the gender role status quo and I wanted to give this book props for having a male cheerleader as a love interest, but the characters were so immature that if I hadn't read in the summary that they were in college, I would have thought that they were in junior high, maybe sophomore year, tops. I love drama, but not when it's manufactured over silly pretenses, and there just wasn't much going on. Too bad.

Ana
4.0 out of 5 stars Go, Lady Hunters!
Reviewed in the United States on November 19, 2016
Verified Purchase
I read Settle the Score back when it was released and I liked it. I don’t read a lot of sports romance (not sporty, haha), but Tara had always written well-crafted stories, plus it’s a friends to lovers romance so what’s not to like? When she mentioned that she’s wrote a continuation in Hustle Play, I was very excited. Bring it, Charles and Garnet!

Settle the Score had basketball player Garnet Figueroa doing her own kind of intervention for her best friend and cheerdancer Charles Crisostomo, because that’s what best friends do, right? Or something. Hustle Play follows up on this, which dealt with just how Garnet and Charles will deal with this “relationship upgrade.” It shouldn’t be too hard, right, because they know each other well. But…why is it a bit complicated? And what will Garnet do with this cute new guy she’s suddenly partnered with?

I might be totally biased in some way, because I am practically a Sierran, given I also graduated in the university peg that Tara used here. But other than this particular thing, everything about Settle the Score/Hustle Play was a breeze to read. Charles and Garnet’s voices are very distinct, and I knew from the very start that they were meant to be, making it really easy to root for them to be together. Despite the length, the relationships felt solid, not just with the main character and the love interest, but even all the other supporting ones. It says a lot that I even liked Chris Barcelo, but what’s not to like about cute basketball players? Heh.

I probably still can’t understand half of the basketball talk, but even so, that didn’t lessen the enjoyment. And I think this just proves how much I like the friends to lovers trope, and that the best friend will always be my first choice. Until someone pushes me to another direction. Until the best friend does something that gets me back.

A. Espi
4.0 out of 5 stars I love Garnet and Charles
Reviewed in the United States on November 1, 2016
Verified Purchase
You can never go wrong with a Tara Frejas book. I love Garnet and Charles, and I love how Frejas explores the changes in their dynamics from Settle the Score to Hustle Play. Plus it's a male cheerleader and a female basketball player! Set in the Philippines! If you live here too, you'd have an idea how intensely invested Filipinos are to both sports, especially on the collegiate level, and the switch from the usual gender assignments brings a new layer to this sports-oriented, friends-to-lovers romance. I really wish Frejas will write more stories from this universe :)
Read more
Helpful
Comment Report abuse

Maharlika
5.0 out of 5 stars fresh and fun
Reviewed in the United States on November 3, 2016
Verified Purchase
Featuring a female basketball player and a male cheerdancer, Settle the Score/Hustle Play is a fun, refreshing read. I've always been a fan of the friends-to-lovers trope and female characters who aren't too girly-girly. The way the couple's chemistry developed into a whole new level was so natural and swoon-worthy, it was so easy to root for them and to fall in love with them.

Clearly, Frejas is in her element in this sports-themed novella. Such a steal for $1.99. It's my fave read from this author. Go get it now!
Read more
Helpful
Comment Report abuse

Olivia C
4.0 out of 5 stars So cute
Reviewed in the United States on November 5, 2016
Verified Purchase
The premise of this book is adorable -- female basketball player, male cheerleader. I also enjoyed how each chapter keeps you wanting more and the pacing keeps you flipping the pages. What I appreciated most of all though was how cute the two characters were together, their banter, their chemistry. I also loved the action on the court! Will surely read more from Tara Frejas.
Read more
Helpful
Comment Report abuse
See all reviews