You've subscribed to Dunskey Castle! We will preorder your items within 24 hours of when they become available. When new books are released, we'll charge your default payment method for the lowest price available during the pre-order period.
Update your device or payment method, cancel individual pre-orders or your subscription at
Your Memberships & Subscriptions
There was an error. We were unable to process your subscription due to an error. Please refresh and try again. 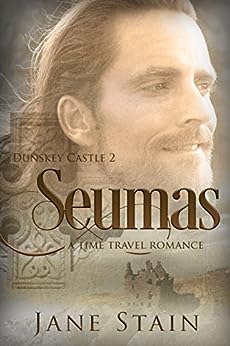 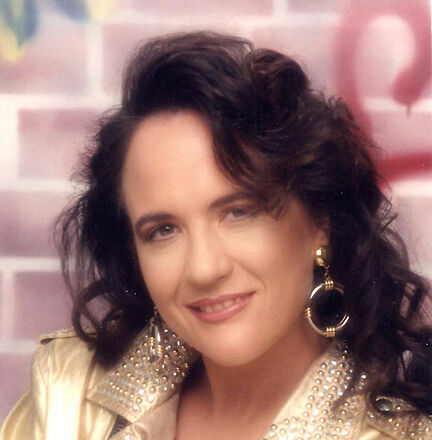 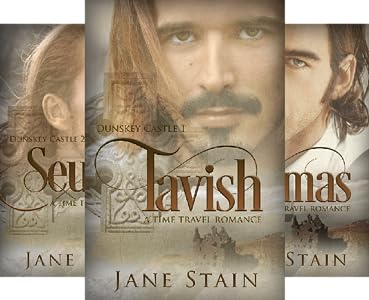 Listed On Audible As The Druids Bidding Series

Seumas is a complete romance with a 'happily ever after' ending for this book's couple.

I simply loved the little girl named Deidre. I'm sure other readers will too.
-Linda R

When Seumas sees Sasha revive Deidre from a drowning death that Sasha had a vision of, his view of her as a sorceress nearly ends their blooming friendship. But after an illusion-filled meeting with Brian the Druid, Sasha learns that the artifact that Tavish's slaveholders want him to return to them from the 14th century is only a 9-hour walk away at the standing stones of Torhousekie. She sets off alone, but Seumas is following, and following him is Deidre! Can Sasha manage to survive alone in the wilds of the 14th century? What magic will they face? What power will Deidre wield? Will Seumas and Sasha commit to each other? Which world would they live in? You must read this book!
-Retired to Read

What is most enjoyable is Sasha's view of the past and diving right on in and also wanting to bring snippets back to her own time. She plays with the children, and she even does her best to help out, and worries about her new wool suit from the future!
-Julie Blaskie

"The Celts have been weaving plaid twills for three thousand years at least."
Elizabeth Wayland Barber, The Mummies of Urumchi. New York and London: Norton, 1999. ISBN 0-393-04521-8

Jane Stain started attending the renaissance pleasure faire at Paramount Ranch in 1973, when she was ten. She enjoyed trying to climb the twisty rope ladders and eating the huge turkey drumsticks. As teens, she and her friends came in costume, pretending to be The Three Musketeers or Dragon Riders of Pern. Jane was twenty-five when she joined the crew of faire workers and discovered a whole new perspective on the faire. She shares the magic of this in her faire books, rather than the debauchery (mostly).

4.1 out of 5 stars
4.1 out of 5
159 global ratings
How are ratings calculated?
To calculate the overall star rating and percentage breakdown by star, we don’t use a simple average. Instead, our system considers things like how recent a review is and if the reviewer bought the item on Amazon. It also analyzes reviews to verify trustworthiness.
Top reviews

Deb
2.0 out of 5 stars Cute idea for a plot but I can't get past the writing. Editor STAT!
Reviewed in the United States on January 11, 2019
Verified Purchase
This book has promise (I do enjoy time travel novels) but desperately needs an editor to clean up the stream-of-consciousness run-on sentences and awkward metaphors. Yes, in this age of digital books, anyone can write a book and self-publish. However, editing is still necessary as this book demonstrates. After the first seven pages, I can't read further. Judging by publication dates on the author page, Ms. Stain has no problem cranking out book after book after book. Hopefully, at some point, she will review and bring some polish to the words she is enthusiastically stringing together. When I have to mentally rewrite entire paragraphs in order to bring some logic and order to the story line, it's time to close the book and choose another. Too many books, too little time.
Read more
6 people found this helpful
Helpful
Report abuse

Julie Blaskie
5.0 out of 5 stars after drinking perhaps a few too many Mimosas... is this a medieval fair...???
Reviewed in the United States on March 11, 2017
Verified Purchase
I loved this story as it was a sweet escape! This is the second book I've read in the series, and I am enjoying how the plot thickens! Kelsey brings her friend Sasha with her and Tavish back in time... and meets Seamus!

What is most enjoyable is Sasha's view of the past and diving right on in and also wanting to bring snippets back to her own time. She plays with the children, and she even does her best to help out... and worrying about her linen outfit from the future! This one is more light-hearted in nature, so we feel more for Sasha and Seamus despite their "mission" to find an artifact.

Again, the main reasons I love the book are ways the Jane Stain created a very believable world, gave us very human characters with their strengths and foibles intact, combined history and time travel where it works well, built a complex plot connecting the books, and is written in a style that keeps you reading on and on! She has history, action, adventure, humor, and romance all rolled into one - and I find it a winning combination!

I was given an ARC, and I am pleased to share this review. I loved this story, and I am looking forward to the next in the series! If you like a little bit of everything tossed in with time travel and romance, you will indeed enjoy this story! I am glad I discovered this author!
Read more
8 people found this helpful
Helpful
Report abuse

Hot Rod
VINE VOICE
5.0 out of 5 stars Seumas, Sasha and the Druid Threat
Reviewed in the United States on September 10, 2021
Verified Purchase
After BBC Scotland made Mr. Blair’s day in the previous (Tavis) book, the adventure continues with the return of Dr. Kelsey Ferguson, Tavish MacGregor, and Kelsey’s best friend Sasha Swain. The reader gains more insight into the secrets of the apparent construction site overseer, Tavish. We are introduced to Laird Malcomb’s nephew, Seumas, who becomes a star in this time travel romance. Once again Brian the Druid makes his presence felt. Added to the mix is the wonderful family of Eileen and her children as well as her love, Alfred. Once again, there are secrets. One of the people named is a servant to the Druids, seeking out priceless relics from the past. One of the individuals has no idea that his new love interest is a time traveler. Another member of the group has visions but are they meaningful? Do the visions come true? I truly enjoyed Seumas. Jane Stain has written another delightful read. Oh yes, you will want to keep your eye on the precocious six-year-old, Deidre. Eileen has a really difficult time trying to keep Deidre where Deidre is supposed to be!
Read more
Helpful
Report abuse

kwestrope
4.0 out of 5 stars Delightful adventure and romance.
Reviewed in the United States on October 27, 2017
Verified Purchase
After thoroughly enjoying book #1 in this series, I immediately picked up book #2, Seamus to continue. As much as I like the first story, I liked this one even more. I always love a good time-travel story, and if Scottish Highlanders are involves, so much the better.

While in book #1 there was more travelling back and forth between the current time and ancient Scotland, most of this second story takes place 800 years in the past. It has all the same wonderful characters, with a few news ones added.

This one is also a bit more adventurous and of course, there are a couple of sweet romances developing as well. I got to know more about all the characters in this story, and grew to love them even more.

Sondra
4.0 out of 5 stars Enjoy!
Reviewed in the United States on March 8, 2017
Verified Purchase
I love Time Travel stories and I enjoyed this one. But that being said, I felt this story needed to be more complex. The two women, Sasha and Kelsey, are educated and in their middle to late twenties and talked and acted like they were eighteen. To me this took away from the story, which I felt was good, just could have been better. I enjoyed the first book/Travis and am looking forward to reading Tomas.
Although I had preordered this book, I received an early copy and I am by choice giving an honest review.
Read more
3 people found this helpful
Helpful
Report abuse

Kindle Customer
4.0 out of 5 stars Seumas
Reviewed in the United States on August 16, 2020
Verified Purchase
If you are a reader whom enjoys excellent time travel novel. It is a worthy read. Jane Stain, has been in my library selves with "The Captive " and "The Cove series. This series has captivate my interest, as with all the other author's that I have on my selves.. Which deal with time travel and the Scottish man.
Read more
One person found this helpful
Helpful
Report abuse

Kindle Customer
5.0 out of 5 stars Adventure, time travel, love story,and so much more.
Reviewed in the United States on March 21, 2017
Verified Purchase
A 6 year old saves the day while Druid Bria.tries to sacrifice the heroine. Seuss's meets his true love in a most unexpected way. I don't usually order and buy books but this was a real essential. If you enjoy a non explicit love story this is the one for you
Read more
3 people found this helpful
Helpful
Report abuse

Sherlock
5.0 out of 5 stars Great
Reviewed in the United States on March 21, 2017
Verified Purchase
A wonderful tale that takes up where the first novel ends. I recommend reading in order so as to keep track of the characters. This is a great time travel story, full of adventure and fun. Unexpected twists and turns. I thoroughly enjoyed it and can not wait foe number three in may.
Read more
2 people found this helpful
Helpful
Report abuse
See all reviews

May
5.0 out of 5 stars Five Stars
Reviewed in the United Kingdom on April 26, 2017
Verified Purchase
good
Read more
Report abuse