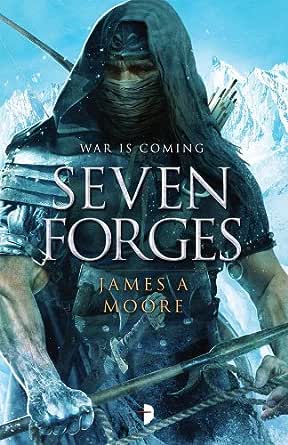 You've subscribed to Seven Forges! We will preorder your items within 24 hours of when they become available. When new books are released, we'll charge your default payment method for the lowest price available during the pre-order period.
Update your device or payment method, cancel individual pre-orders or your subscription at
Your Memberships & Subscriptions 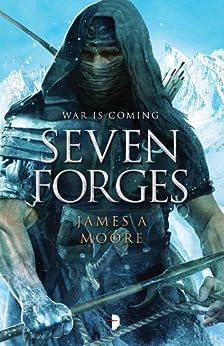 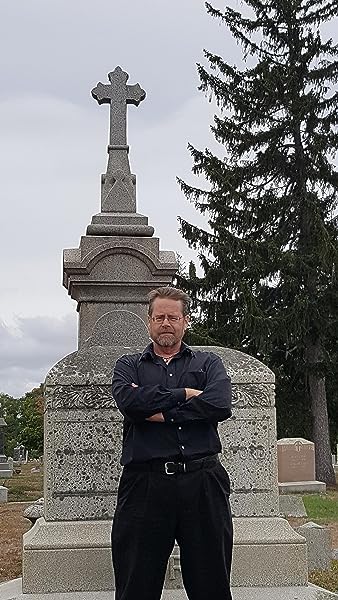 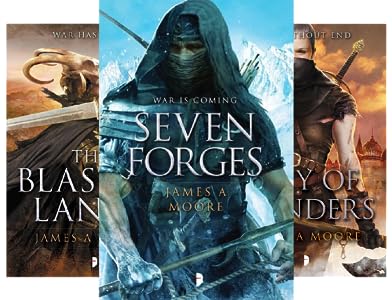 George R.R. Martin fans willing to settle for a less sophisticated plotline may enjoy this well-written epic fantasy series kickoff. Merros Dulver, a retired military man, has accepted a paid mission to explore the hostile Blasted Lands north of his home kingdom, Fellein, and reach the mountains known as the Seven Forges. After over two months in perpetual twilight, Dulver's expedition comes under attack from horrific beasts. The group is saved only by the intervention of Drask, a mysterious stranger from the Seven Forges who sports a silver hand and makes short work of the creatures. Dulver is dumfounded to learn that Drask's people, the Sa'ba Taalor, had been awaiting him specifically, as a means of opening diplomatic relations with the emperor of Fellein. Moore does a nice job of depicting the initial, tentative contacts between the two civilizations, but most of the real action happens toward the end, serving to set up the sequel rather than offering a real resolution. (Oct.) --This text refers to an alternate kindle_edition edition.

“Seven Forges is an excellent, enjoyable, and thoroughly entertaining fantasy debut into a new world of swords and sorcery, complete with romance, intrigue, and danger.”
– Attack of the Books

“Wow, that twist. In some ways I think I should have seen it coming, and I kind of did, butSeven Forges just lulled me into security and BAM! Craziness!”
– Anya, On Starships and Dragonwings

“Seven Forges is a well written fantasy adventure with a very interesting premise and a big world to explore. ”
– Celticfrogreviews

“I thoroughly enjoyed Seven Forges although I was left speechless by the ending and left wondering for days whether there was to be another book in the series. There were so many threads of stories left open that I need to know what happens next.”
– The Bookish Outsider

“Moore does a fantastic job of building worlds and characters in Seven Forges as we hop on board the train that is about to meet its doom.”
– Troubled Scribe

“James A. Moore dedicates Seven Forges in part ‘to the memory of Fritz Leiber and Robert E. Howard for the inspiration.’ That dedication sets the bar high, and caused me a bit of readerly apprehension, because so many writers have imitated badly those two greats of the sword and sorcery tradition. Moore is far more than an imitator, though. He does some fresh, counterintuitive things with the genre conventions. More than once, he startled me into saying out loud, ‘I didn’t see that coming.'”
– Black Gate

"Rating: I LOVED IT."
– L K Evans --This text refers to an alternate kindle_edition edition.

James A. Moore is a Stoker Award-nominated author of over twenty novels, including tie-in work for Buffy the Vampire Slayer. James has written extensively for White Wolf Publishing in the World of Darkness setting. James lives in Atlanta, GA. --This text refers to an out of print or unavailable edition of this title.
Read more