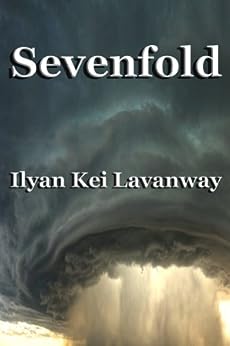 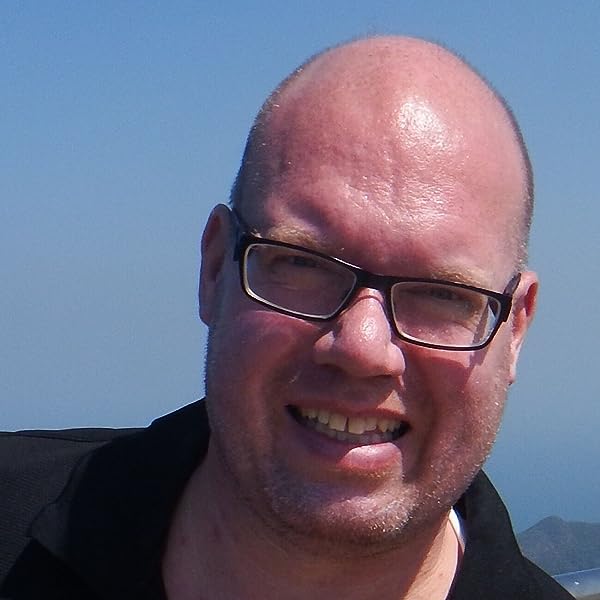 Sevenfold is futuristic Christian fiction based on an often overlooked Old Testament prophecy about the last days. This powerful short story packs evocative imagery and a highly relevant message. --This text refers to the paperback edition.

Ilyan Kei Lavanway is a Christian author with a vivid and unconventional imagination and an eternal perspective. He is married and has one son. Mr. Lavanway is the oldest of eight siblings, seven living. He grew up in Washington State, served as a full-time missionary for two years in the Argentina Buenos Aires North Mission for The Church of Jesus Christ of Latter-day Saints, and served nearly fourteen years on active duty in the United States Air Force. While attending Reserve Officer Training Corps (ROTC), he completed a Bachelor of Arts degree in Mathematics at the University of Washington, Seattle. While on active duty as a Minuteman Inter-Continental Ballistic Missile (ICBM) launch officer, he earned a Master of Science degree in Space Studies at the University of North Dakota, Grand Forks. He also served in various academic capacities while on active duty. After leaving the military, Mr. Lavanway developed a passion for writing. His works are outspoken, descriptive, and evocative. --This text refers to the paperback edition.

Edward Garbowski Jr
5.0 out of 5 stars A look at where we are going, with maybe some hope
Reviewed in the United States on September 11, 2013
Verified Purchase
Sevenfold is a look at where the United States and the world is headed and will wind up within 60 years. It is a good story for anyone concerned about our direction, and for anyone who has faith in God along the way.

It was a very interesting short story that I would like to see Mr. Lavanway turn into a full length novel. I could see him fleshing out the details of the scary state this world will be in in his futuristic setting. And it would be nice to see how the underground characters try to fight for the freedom they once heard of.

I probably would have given it four stars for that reason, but it doesn't deserve to be dinged because I wanted more. I recommend it in that respect!
Read more
18 people found this helpful
Helpful
Report abuse

B Nelson
5.0 out of 5 stars Intense and thought provoking.
Reviewed in the United States on October 2, 2013
Verified Purchase
This futuristic Christian book gives a harsh look at the possible near future of a world where national sovereignty has given way to the New World Order and UN enforced dictates. Sevenfold by Ilyan Lavanway is an intense and short story, heavily religious, well written and deeply thought provoking. I could imagine the author developing this into a powerful novel. 5-stars.
Read more
13 people found this helpful
Helpful
Report abuse

G2
4.0 out of 5 stars Interesting but short
Reviewed in the United States on September 28, 2013
Verified Purchase
Interesting topic, creative detail. Could be developed into a more complete story. Would not mind reading a version seven times as long!
Read more
12 people found this helpful
Helpful
Report abuse

Genelle Morton
5.0 out of 5 stars Possible reality!
Reviewed in the United States on April 17, 2017
Verified Purchase
I enjoyed this short story. It could possibly become real life rather than fiction. I enjoy this author's works and want more.
Read more
Helpful
Report abuse

Christopher Curry
4.0 out of 5 stars Read Ilyan Lavanway's Sevenfold and make your choice.
Reviewed in the United States on November 22, 2013
Good or Evil, seems a simple enough choice. Our Nation, Constitution, and people, are beset on all sides by those whose interests are against them. Those factions are not intent on preservation of the Nation, upholding the Constitution, or the well being of a free people. They have become corrupted, competing in convoluted lies so great that they have lost awareness of truth, and the simple choice between Good and Evil altogether.
The question before you now, is still a choice between Good or Evil, but includes what you will do, and where you will stand, and when. Will you stand on principle no matter what; will you trust in Almighty God to rescue you and those you love? It's a trick question. Here's another: Will God save a people who have had it in their power to save themselves, but chose not to act? "It is better late than never", but "Now" may indeed be late. Read Ilyan Lavanway's Sevenfold and make your choice.
Read more
20 people found this helpful
Helpful
Report abuse

M.A
5.0 out of 5 stars Have faith!
Reviewed in the United States on August 15, 2014
A short story that covers the prophecies of the last days, which unfolds right before the eyes of some Christians. It is well written and makes you think what may happen in the future.
Read more
14 people found this helpful
Helpful
Report abuse

Alicia Berry
5.0 out of 5 stars An Excellent Read!
Reviewed in the United States on December 25, 2013
I enjoyed this depiction for what could happen to our nation and possible fulfillment of prophecy. A quick yet thought provoking short story.
Read more
26 people found this helpful
Helpful
Report abuse
See all reviews
Back to top
Get to Know Us
Make Money with Us
Amazon Payment Products
Let Us Help You
EnglishChoose a language for shopping. United StatesChoose a country/region for shopping.
© 1996-2021, Amazon.com, Inc. or its affiliates