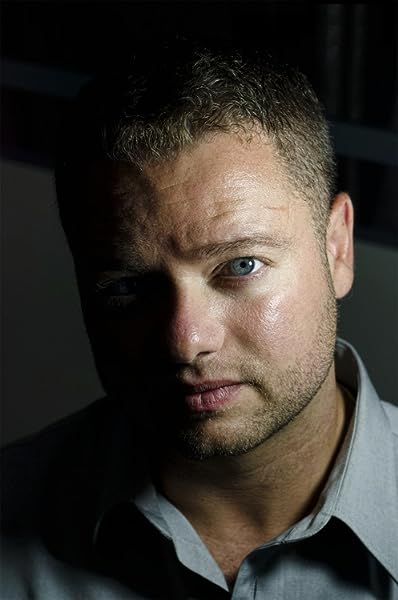 Start reading Seventh Journey on your Kindle in under a minute.

4.5 out of 5 stars
4.5 out of 5
24 customer ratings
How does Amazon calculate star ratings?
Amazon calculates a product’s star ratings based on a machine learned model instead of a raw data average. The model takes into account factors including the age of a rating, whether the ratings are from verified purchasers, and factors that establish reviewer trustworthiness.
Top Reviews

Mista Mellow
5.0 out of 5 stars Drawn into the Journey
Reviewed in the United States on May 30, 2012
Verified Purchase
I'm pretty passionate about good science fiction and this is good science fiction. Robert Graham takes us on this journey with Jacob where imagination is unrestricted by reality. The story follows Jacob where his experiences would make the normal person go crazy. I enjoyed how I was able to understand to the chaos in his environment based on drifting between worlds, conspiracy and trying to perfect the technology. Most of us go crazy with normal work related deadlines. Robert has introduced us to some very exciting characters that adds to his powerful story. The characters that really grabbed me were the villains. I must admit that I wish they were introduced sooner but understand why they came into the story when they did based on the flow. I always felt a sense of fear in sections where the adventure turned to Aidan and Luzige. I also admit that I really enjoyed that the story took place in Canada and there were things I can relate to. I've read a number of books where they describe cities I've never been to. While interesting, I couldn't relate but this time it was nice to make the associations. I found while I was reading, the narrative came to life in my head which kept making me turn the pages. I'm really looking forward to other stories in the journey.
Read more
Helpful
Comment Report abuse

Brian
5.0 out of 5 stars Well written adventure through spiritual dystopia
Reviewed in the United States on January 26, 2013
Verified Purchase
What if the world could be changed by putting together fizzy water, sugar and a few residual ingredients . . . oh wait. Seventh Journey is about the spiritual world being taken over by something like soda-pop, for corporate profit and economic advancement. It incorporates African mysticism, the aftermath of the Iraq war and secret government experiments dating to the early 70s, all in a headset that takes the user to an alternate consciousness. But not only is it corrupting this world, but another one too. And the protagonist, Jacob, has to come to terms with several realities, and his own past. It seemed a little passe at first, like something Bruce Sterling would have written in the early 90s, while I was trying to figure out my internet's SLIP connection. But I quickly got over that as Robert Graham does master a complete world which doesn't fall apart where he doesn't want it to.
Read more
Helpful
Comment Report abuse

Kay Powers
4.0 out of 5 stars Good Book
Reviewed in the United States on December 5, 2012
Verified Purchase
So far this is a pretty good book. I haven't had the chance to get really into it but the development of the characters and what is going on is easy to follow and I can't wait to know exactly what is happening to the main character. I'll try and do an extensive review when I finish the book.
Read more
Helpful
Comment Report abuse

Regina M. Joseph
5.0 out of 5 stars Interesting blend of Sci Fi and Eastern philosophy
Reviewed in the United States on March 10, 2013
Verified Purchase
Jacob creates auditory technology for his employer, but its applications far exceed what was originally contemplated. It expands his mind and leads him on a wild journey. Great read, especially with mind-altering technology about to burst from research labs.
Read more
Helpful
Comment Report abuse

Angelica0707(Manila)
4.0 out of 5 stars Awesome
Reviewed in the United States on June 7, 2012
Verified Purchase
Once you start reading this book you wish you have more time to finish it in one seating. I got hooked in the story and now I can't wait for the next book to find out Jacob's next journey with Paul and Tamara.

JP Lynn
5.0 out of 5 stars Compelling Science Fiction Page-Turner!
Reviewed in the United States on December 8, 2013
The concepts in Seventh Generation are brilliant. It’s obvious that the Author has significant knowledge in philosophical and science fiction writing. If you want to go on an amazing, mind-blowing fantasy, read this book. I love the way the Robert Graham develops the characters and expounds on the story line concepts. There is so much detail in the writing. It made me feel like I was part of the journey as the Author crafted these complex concepts for effortless, smooth reading. I felt like there were some lessons to be learned in this science fiction novel, leaving me to ponder reality, perception, and dreams for hours after I set the book down. This book energized my imagination more than any other book I’ve read recently. Loved it.
Read more
2 people found this helpful
Helpful
Comment Report abuse

Lucidity
5.0 out of 5 stars Unique sci-fi
Reviewed in the United States on July 27, 2013
I was recommended to read this book by a friend and I must say I am very impressed. It's not often that I come across a sci-fi book that's much different than the others in the genre, Seventh Journey isn't generic at all, it retains some classic elements that make the genre so appealing but with it's own unique twists and originality.

One thing I thought was cool was the Auditum Headset technology, which uses sound waves to give the scientist in the story, Jacob, some really unique and amazing powers. Jacob ends up traveling into another dimension where he meets a girl that shows him how to really use his abilities, these two end up teaming up to stop an evil force that is trying to enter Jacob's world. I don't want to give away too much information, as it's really good and I wouldn't want to spoil the cool revelations between chapters. I definitely would recommend it

Hina
5.0 out of 5 stars Mysticism and Science Fiction!
Reviewed in the United States on July 17, 2013
To be honest when I started reading this book, there was way to much going on and it felt overwhelming at times, but towards the middle is when it all changed for me. The idea of the spiritual world and experiencing Jacob ascension from his current being into a being of light, all at the same time, diving deep into the mind altering technology that Netex was developing, and then tying it all in together, it was just truly profound. The author showed a deep appreciation of the complex concepts of mysticism, mind control and futuristic technology. Looking forward to the next one in the series!
Read more
2 people found this helpful
Helpful
Comment Report abuse
See all reviews from the United States