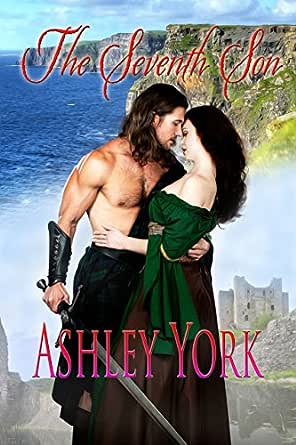 You've subscribed to Norman Conquest! We will preorder your items within 24 hours of when they become available. When new books are released, we'll charge your default payment method for the lowest price available during the pre-order period.
Update your device or payment method, cancel individual pre-orders or your subscription at
Your Memberships & Subscriptions
There was an error. We were unable to process your subscription due to an error. Please refresh and try again. 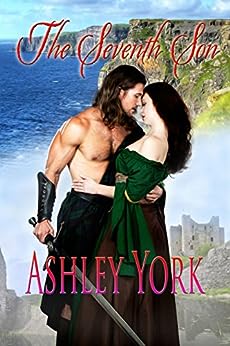 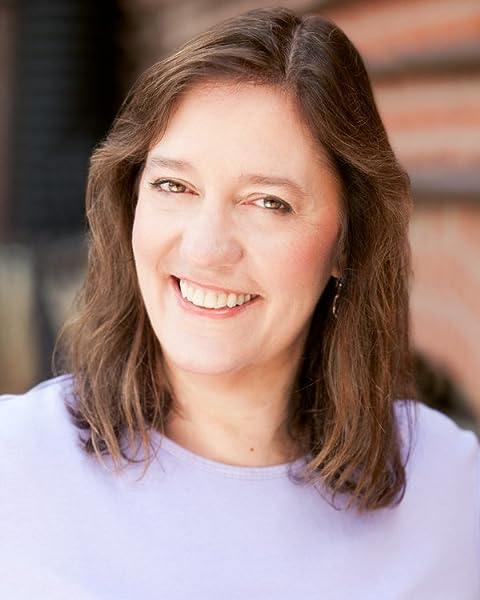 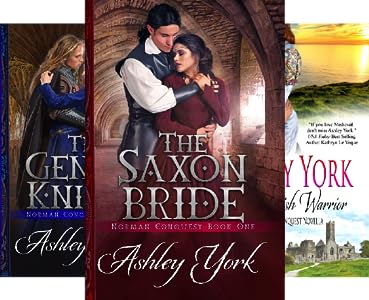 "York expertly combines her historical knowledge with romance and intrigue in this alluring tale of parted lovers whose greatest desire is to be together once again." PW

3.7 out of 5 stars
3.7 out of 5
58 global ratings
How are ratings calculated?
To calculate the overall star rating and percentage breakdown by star, we don’t use a simple average. Instead, our system considers things like how recent a review is and if the reviewer bought the item on Amazon. It also analyzes reviews to verify trustworthiness.
Top reviews

FictionFanatic58
5.0 out of 5 stars Beautiful historical!
Reviewed in the United States on June 13, 2016
Verified Purchase
Ashley York has crafted a wonderful and realistic account of eleventh century life in Ireland and England during and after the Norman conquests. Her knowledge of the subject matter is obvious in regard to the story. These characters are well developed, coming to life within each paragraph, page, and chapter. Seventh Son would be better served read in the series order, rather than stand alone. This is the final story of the series and a multitude of story lines with an impressive and vast cast of characters are tied up in a nice, neat package. It became slightly confusing for me, as I'd only read book 3 of the series regarding Sean and Thomasina's characters. Even then, the admirable way in which Ms. York wraps up each and every story, leaving no loose ends, is astounding. Especially with such a complex and impressive cast of characters. This series is well-worth reading from start to finish, taking the time to savor each one like a mouthful of full-bodied wine.
Read more
16 people found this helpful
Helpful
Comment Report abuse

Nathalie
1.0 out of 5 stars Not my type of story at all.
Reviewed in the United States on May 8, 2017
Verified Purchase
The Seventh Son: This book went on forever and a Sunday. There were too many different stories, too many people too many issues. I skipped pages to get to the end. This book was so aggravating, I itched for it to end.

The main characters, Tadhg and Tisa, were over shadowed. They were left out so often to further other characters that they almost didn't exist. Tadhg was like meathead (comic book world) where love was concerned.

Tisa's father knowingly sold her to a guy who liked men and a lecherer, for protection of his clan. Her husband, Darragh, was known to like men. His father, Aodh, agreed to his son marrying Tisa because he really wanted Tisa for himself and made advance on her person right in front of , not only Tisa's father, Roland, but her new husband, Darragh, and his band of hoodlum men.

Tisa had stated that, like her sisters, she would refuse her father's wish for this marriage, but then she turned around and honored his wish so as not to embarrass him.

This author emasculated and unmanned her main guy. Tadhg was a warrior but not for his lady. He neither fought for, protected nor defended Tisa. He didn't seem to know how to. He showed more interest in his sister's love life and wellbeing than his own or Tisa's.

Sean was the guy for me. Sean was the hero. Tadhg was a wimp and Tisa didn't seem to know what she wanted. Just like her name sounds, the author used her as a man-tease nearly being taken by force umpteen times, always being touched in one way or another. By the time Tisa and Tadhg did have sex, It's was like so what. Everyone else had already had done, so it was no big deal. By the end of the book, they didn't even seem important.

After Aodh and Darragh were killed. The author wrote about respect for Aodh, the chieftan. This poor excuse for a man was a murderer, a rapist, an adulterer, a child abuser; you name it and this guy was it. This was misplaced respect. And as for Tisa's sometime protection from her husband. He has sex with men right in front of her. His protection ended with the next willing guy who was closest to him. This is twisted respect.

With the exception of Sean, this author emasculated most of her main guys. Even John, the Norman warrior. He comes in so masculine and swaggering. The conquering hero. No long after, the author has him involved in some stupid dialog with some woman and later lounges into a full tirade about his paternity.

I dislike this story immensely and can't wait to delete it. The couple on the cover could have been anyone. He and the scenery looked good. She look. UGH. The title seemed to be thrown into the story like a last minute remembrance. Oh yeah. Here is the of the title.

Candace Peterson
3.0 out of 5 stars Tadhg and Tisa
Reviewed in the United States on May 16, 2017
Verified Purchase
Tadhg is the new chieftain of the McNaughton clan. Tisa is the daughter of the chieftain of the O'Brien clan. They were promised to each other as children, but that betrothal has been broken due to Tadhg's father severing ties with the O'Briens. Tisa is given to the son of another clan for an alliance of protection. When Tadhg comes back to the O'Brien to re-establish the alliance, he and his warriors are made to serve at Roland O'Brien's pleasure, which will be to serve Tisa's father-in-law. Her father-in-law is in league with the Godwin, who wants to over throw the Normans and King William. Tisa and Tadhg still love each other but are separated by her new marriage. Will circumstances alter to permit the two lovers to be together? Will Tadhg be able to stop the Godwin invasion?

This novel does have a scene of cheating, even though Tisa's first marriage was never consummated. Still the reasoning behind the infidelity did not sit well with me. Outside of that, I was pleased with the novel. There were many characters in the novel. Sometimes the secondary characters over shadowed the hero and heroine. The plot is simple and easy to follow. The subplots were nicely tied up. I feel this book is a stand alone novel even though it is volume 4.
Read more
One person found this helpful
Helpful
Comment Report abuse

I think the author thought long about what life was like in that time period. There are a few things I question, but on the whole, I found it to be interesting, and a thoughtful creation. I would suggest a footnote though for the many old English/Irish words that had no explanation. Even My Shakespeare plays have footnotes that help me understand Middle English, and we are even farther back here!
Read more
Helpful
Comment Report abuse
See all reviews

Kindle Customer
4.0 out of 5 stars A well written historical romance
Reviewed in the United Kingdom on May 12, 2017
Verified Purchase
Author clearly knows the time frame the story is set in. I liked the tale of reflects well the upheaval of the time and the difficulties of being a woman in that time. Stories within the main tale seemed to suddenly appear and at times disjointed the main tale. Overall a good read and Would read more from this author
Read more
Report abuse

Kindle Customer
1.0 out of 5 stars One Star
Reviewed in the United Kingdom on May 11, 2017
Verified Purchase
Sorry I bothered
Read more
Report abuse