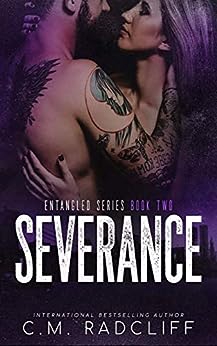 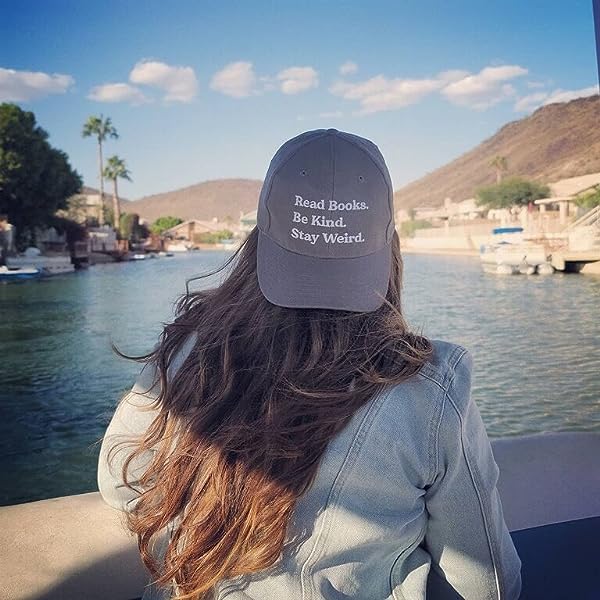 by C.M. Radcliff (Author) Format: Kindle Edition
See all formats and editions
Sorry, there was a problem loading this page. Try again.
They say that nightmares aren’t real, that they’re only a bad dream.
But nightmares are real when you’re awake.
Taken by the man who ruined her life, Dahlia wakes up where it all started.
But this time is different, this time she’s alone.
And this time, she won’t go down without a fight.

Without Dahlia, Kai has nothing left to lose.
A man in his position is a very dangerous man.
His life is insignificant when Dahlia’s is on the line.
He will find her...
But, will he in time to save her?

C.M. Radcliff writes dark, toxic romance with a touch of suspense. She lives in Pennsylvania with her husband and two kids. If she isn't reading or writing, she's probably on a little adventure with her family.

Mandy Williams
5.0 out of 5 stars Holy Plot Twist!
Reviewed in the United States 🇺🇸 on April 20, 2020
Verified Purchase
C.M. Radcliff is an amazing author. Her books are full of action, deviously dark characters and plot twists guaranteed to make your head spin. Book two in the Entangled Chaos series did not disappoint. CM Radcliff's continuation from Chaos, Dahlia and Kai's story was masterfully written. Confronting the demons of their past takes Dahlia and Kai on a journey of revenge, restoration and redemption. The story is fast paced and full of twists and turns, causing emotional whiplash. By the end of the story, I was emotionally spent in the bet way possible. Another great read requiring me at least one day to recover.
Read more
Helpful
Report abuse

Book Boyfriend Whoarder Mari
5.0 out of 5 stars What a grand finale
Reviewed in the United States 🇺🇸 on April 21, 2020
Verified Purchase
The conclusion to Dahlia and Kai doesn’t disappoint.

It’s action packed, full of bittersweet revenge that will have you on the edge of your seat the entire ride.

A modern day Bonnie and Clyde, ready for retribution no matter the costs.

The chemistry between these two never falters, only becomes stronger with the taste of blood.

In 𝐒𝐞𝐯𝐞𝐫𝐚𝐧𝐜𝐞, Kai Marino and Dahlia Moretti are a modern-day Bonnie and Clyde. They are a force to be reckoned with and are out for retribution against the ones who ruined their childhood and continue to haunt them. It’s full of bloodshed, torture, twists, and soo many secrets.

If you enjoy fast-paced, twisted, dark, and depraved romances filled with suspense then you are going to want to check out the 𝐄𝐧𝐭𝐚𝐧𝐠𝐥𝐞𝐝 𝐃𝐮𝐞𝐭.

I have been hooked on anything 𝐂.𝐌. 𝐑𝐚𝐝𝐜𝐥𝐢𝐟𝐟 writes since I first read 𝐖𝐡𝐞𝐧 𝐃𝐚𝐫𝐤𝐧𝐞𝐬𝐬 𝐂𝐨𝐧𝐬𝐮𝐦𝐞𝐬, now I one-click every release. 𝐑𝐚𝐝𝐜𝐥𝐢𝐟𝐟 pushes the boundaries and I LOVE it! You can guarantee you will be reading a unique and original story every single time. Her stories are unlike any I have ever read before and 𝐂𝐡𝐚𝐨𝐬 and 𝐒𝐞𝐯𝐞𝐫𝐚𝐧𝐜𝐞 are no different!

🔥🔥🔥🔥🔥 𝟒/𝟓 𝓡𝓸𝓶𝓪𝓷𝓬𝓮 & 𝓢𝓽𝓮𝓪𝓶: Kai and Dahlia fell in love in a dark and horrible place and it’s only made their love that much stronger. What they want It’s been the two of them against the world since they were kids and it still is. The two of them are both broken but their broken pieces fit perfectly together. Now that they are adults things between them have only gotten hotter, Kai’s mouth is DIRTY and DELICIOUS. The steamy scenes in this one will have your Kindle melting!!

❥𝟚❥ 𝓢𝓮𝓬𝓸𝓷𝓭𝓪𝓻𝔂 𝓒𝓱𝓪𝓻𝓪𝓬𝓽𝓮𝓻𝓼: In 𝐒𝐞𝐯𝐞𝐫𝐚𝐧𝐜𝐞, we meet a couple of new characters, Aleksei and his brother Nikolai. I am REALLY hoping these two will be getting their own stories because I am absolutely intrigued. Trust me, you’ll see what I mean.

🌪🌪🌪 𝟑/𝟓 𝓒𝓵𝓲𝓯𝓯𝓱𝓪𝓷𝓰𝓮𝓻 𝓦𝓪𝓻𝓷𝓲𝓷𝓰: Is there a cliffhanger… well, it’s a little complicated. While Kai and Dahlia do get their happily ever after, the story leaves off on a bit of a happily for now type of feel for what I think may be another story, although I’m not exactly sure since I haven’t heard anything about it yet, but I’m hoping!

⚠️ 𝓣𝓻𝓲𝓰𝓰𝓮𝓻 𝓦𝓪𝓻𝓷𝓲𝓷𝓰: 𝐒𝐞𝐯𝐞𝐫𝐚𝐧𝐜𝐞 is a DARK romance. There are difficult subjects that could be considered triggers. E.g. murder, torture, etc. If you would like to know more about what those subjects are, feel free to DM me!

Jennifer Pierson: The Power of Three Readers
5.0 out of 5 stars #OHMYHELL
Reviewed in the United States 🇺🇸 on April 21, 2020
Severance is the 2nd book (and conclusion) in the Entangled Duet, which means YOU MUST READ CHAOS FIRST!  I always like to get that out of the way in order to move along, plus, since it's the 2nd book I won't actually get into a ton of details for those who like to read ahead.  OH MY HELL, what a conclusion it was!  Everything was bigger in this story, especially my favorite part, the twists & turns.  They were all twisted up only to be all turned out, leaving me with no choice but to drop loud f-bomb after loud f-bomb.  Then our hero, Kai, and heroine, Dahlia, actually developed even more in all kinds of growth.  The chemistry is bigger, making sexy times hotter, and me needing my fan on higher, all while on the edge of my seat with heart racing from all the intense craziness!  There's so much goodness all tied up in this duet that I can't even form the correct words without giving things away, so just hit those one click buttons to experience it all for yourselves!  HIGHLY HIGHLY HIGHLY RECOMMEND TO ALL!
Read more
Helpful
Report abuse

Morgen Frances
4.0 out of 5 stars A savage tale full of passion and blood.
Reviewed in the United States 🇺🇸 on April 21, 2020
After falling for these characters and taken for a wild and heart stopping ride in book one. This was an amazing continuation of their story. Getting to see them in new situations from new perspectives gave me a whole new love for them. There is even more mystery and darkness woven into these words. From the start I knew I was in for something special. The deeper I got into the story the more my heart raced. Kai and Dahlia are full of all the sass and angst. Their passion is off the charts I found myself holding my breath each time their chemistry exploded. The plot moves forward on a windy road and gives you the unexpected but always keeps you begging for more. A savage tale full of blood and despair as two broken souls fight to break free.
Read more
Helpful
Report abuse

Soph
5.0 out of 5 stars A page turner
Reviewed in the United States 🇺🇸 on April 20, 2020
From finishing the final page of book 1 I have been dying to get answers so I'm stoked this book is finally here. Chaos must be read before Severence so if you haven't done so, read immediately.

This author is a master at torturing her readers, never letting on which way things are going to go, and things always seem to change in a blink of an eye. Nothing and no one is ever safe.

These books, although they are fiction, with their graphic detailing, they get you thinking about the true horrors of the world that too many people face every day. Kai and Dahlia went through so much to get to this point, their strength together and alone is inspiring. They don't give up. Even when there seems to be no hope. It's those two against the world, watch out whoever gets in their way or has done them wrong...

Their story has never been pretty and this book is book is no different, but can two people who walked through hell side by side survive or perish?