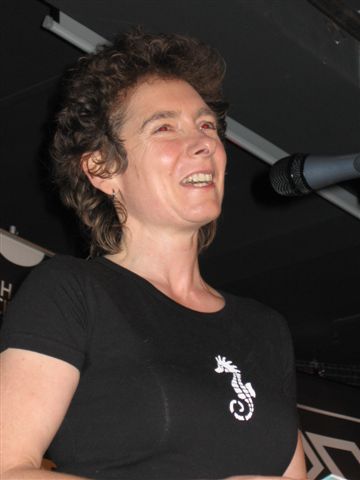 Jeanette Winterson's dazzling novels have earned her widespread and unanimous international acclaim, establishing her as a major figure in world literature. Sexing the Cherry is an imaginative tour de force exploring history, imagination, and the nature of time. In a fantastic world that is and is not seventeenth-century England, a baby is found floating in the Thames. The child is rescued by the Dog Woman, a murderous gentle giant who names her newfound trophy Jordan and takes him out for walks on a leash. When he grows up Jordan, like Gulliver, travels the world, but finds that the strangest wonders are spun out of his own head. The strangest wonder of all is Time. Does it exist? What is its nature? Why does every journey conceal another journey within its lines? What is the difference between seventeenth-century Jordan and twentieth-century Nicholas Jordan, a navel cadet in a warship? And who are the Twelve Dancing Princesses? With a story full of shimmering epiphanies, Jeanette Winterson again demonstrates the keenness of her craft and the singularity of her vision.

"Sexing the Cherry fuses history, fairy tale, and metafiction into a fruit . . . of a memorably startling flavor." -The New York Times Book Review

"The marvelous and the horrific, the mythic and the mundane overlap and intermingle in this wonderfully inventive novel."-The New York Times

"Sexing the Cherry is a dangerous jewel . . . a mixture of The Arabian Nights touched by the philosophical form of Milan Kundera and told with the grace of Italo Calvino."-San Francisco Chronicle

"Sexing the Cherry is a firecracker. . . . Those who care for fiction that is both idiosyncratic and beautiful will want to read anything [Winterson] writes."-The Washington Post Book World

Jeanette Winterson was born in Lancashire, the adopted daughter of a factory worker and an evangelist. She left home early, went to Oxford, and in 1985 published her first novel, Oranges Are Not the Only Fruit. She is the author of six novels, a collection of essays, and two screenplays, including Oranges Are Not the Only Fruit. Her work has been translated into thirteen languages.