Sexy Babe and millions of other books are available for Amazon Kindle. Learn more
Share <Embed> 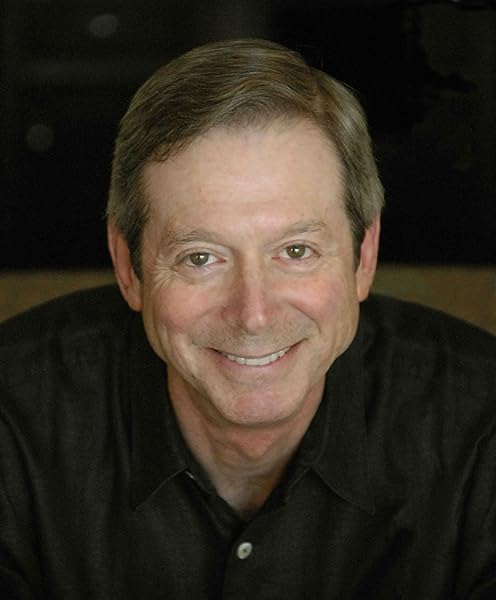 James has worked extensively as a Hollywood writer, producer and director. His credits include such TV favorites as Supernatural, Smallville, Charmed, and Star Trek: Next Generation, Deep Space 9, Voyager and Enterprise. James also served six years as Executive Vice President of Spelling Television where he worked on over twenty TV series including such hits as 90210, Melrose Place and 7th Heaven. James lives in Los Angeles with his wife and two daughters. To learn more about James or his novels, please check out his website: jameslconway.com

Read more
Start reading Sexy Babe on your Kindle in under a minute.

To the Pain
4.0 out of 5 stars Sexy ride and read, from LA to Vegas, with a Hollywood ending...
January 23, 2013
Format: Kindle EditionVerified Purchase
I think the plot of 'Sexy Babe' is probably 3.5-4.5 stars, it really moves and is quite interesting though the writing, I'd give it 3 stars, isn't to my taste. The prose is so lackluster. It's mostly action with very little character development. That made the book, especially in the first half, merely an okay read. That said, the story is set in Los Angeles--which I loved. Plus the book has a fairy interesting lead character, Grace, who manages to develop some self-awareness (think satisfying character arc) as the zany story progresses. Sometimes style over substance is effective; this is the kind of page turner that makes time on the gym treadmill fly by. For those who like that sort of thing, you'll find some fairly descriptive girl-on-girl action, plus thrills and spills, following a mad getaway, and hot pursuit car chases, as the FBI, police and mob converge on Vegas to pursue and capture an item of interest from a former call girl. The cute, honest LAPD cop and aforementioned main character Grace, an unsuccessful actress, are my fave characters. Parts of the book are violent and graphic yet the end is very much "Happily ever after," as the story, and all sub-plots, resolve in a satisfactory way. 'Sexy Babe' would make a good edgy R-rated movie. Would be great to read a similar story by the author, with a great deal more character development and greater attention paid to prose and language. Happy Reading~*
Read more
Helpful
Comment Report abuse

Kelly Bo-belly
5.0 out of 5 stars Mayhem Hits the Fan
July 3, 2013
Format: Kindle EditionVerified Purchase
Sexy Babe goes from zero to sixty in two pages and never takes its foot off the gas. Like an Indiana Jones movie, this story entertains with non-stop danger, narrow escapes and sly wit. Grace is the cute girl next door who's day starts out as a disaster and quickly goes downhill from there. She reaches out to fellow actress Madison who just so happens to be dealing with a dangerous gangster from her past on that same morning. Poise, sex appeal and luck serve these protagonists well as they try to stay one step ahead of both the bad guys and the cops. I admit to grinning all the way through Grace's horrible day, and would love to see Sexy Babe adapted as a screen play. Anna Kendrick would be perfect for the part of Grace.
Read more
2 people found this helpful
Helpful
Comment Report abuse

James P. Kelly
5.0 out of 5 stars A Thriller that Delivers!
June 10, 2013
Format: Kindle EditionVerified Purchase
"Sexy Babe" by James L. Conway was a riotous, non-stop reading adventure that hooked me from cover-to-cover. I especially enjoyed the author's skill in making me laugh at unexpected moments (which made the characters more endearing and heightened the tension). Speaking of 'unexpected,' the surprises and plot twists that unfold in "Sexy Babe" literally forced me to keep turning pages until I'd gobbled the book. I highly recommend "Sexy Babe" to fans of fast-paced thrillers tinged with romance, humor, and three-dimensional characters whom you want to survive and triumph.
Read more
5 people found this helpful
Helpful
Comment Report abuse

JannR
4.0 out of 5 stars Fast paced and thrilling
April 19, 2013
Format: Kindle EditionVerified Purchase
Sexy Babe is fast paced and full of action. It has murder, blackmail, betrayal, car chases and sex. It deals with the seedy underworld of mobsters and call girls. The main character Grace gets mixed up with the mob after she kills a mob bosses brother and goes on the run with her friend Madison. From L.A to Las Vegas the chase begins to see who will get to them first, the FBI or mobsters. Along the way deep secrets come out that have been hidden for many years. It was great to read the backgrounds on each character to see their personal journeys to their present day situations. Overall the book was a thrilling, easy and quick read. If you don't mind the frequent sexual content and lots of swearing this book is a page turner from beginning to end.
Read more
Helpful
Comment Report abuse

Kindle Customer
5.0 out of 5 stars So much can happen in a day . . .
January 16, 2013
Format: Kindle EditionVerified Purchase
Get ready for an action-packed adventure with as many twists and turns as a roller coaster, but far more exciting. Grace and her friend Madison have become caught up in an adventure that could be the last one they ever experience. With each twist and turn, they get deeper and deeper in hot water, with seemingly no where to turn and no one they can trust. Throughout their adventure, there is nonstop excitement and adventure, and just when you think the story won't have a happy ending, the plot thickens even more. I loved this book. I was intrigued from the first paragraph and spellbound to the surprise ending. James Conway is a writer who is new to me, but I can't wait to read his next book!
Read more
One person found this helpful
Helpful
Comment Report abuse

Cowboy-not Wyoming
5.0 out of 5 stars Beginning and End Tie Unusually
May 22, 2013
Format: Kindle EditionVerified Purchase
First read of James Conway and thoroughly enjoyed it. Poor Grace's day goes from bad to worse, and then things get really bad when she gets cross-wise with the mob. Some wild antics and even a few graphic sex scenes. In the end, all's well, but the FBI guy leaves a bad taste in your mouth. In the whole process, Grace discovers her "own life" and so the ordeal was worth it for her. Really hair-raising ending. However, the author seemed to side-track near the end and go back into Grace and the Cop's family history - somewhat of a distraction from the story-line. Good Read!
Read more
One person found this helpful
Helpful
Comment Report abuse

Kevin Miller
5.0 out of 5 stars Fast and fun book!
December 1, 2015
Format: Kindle EditionVerified Purchase
Wow, what a day! Jim Conway writes a crime thriller with an interesting insight into those who struggle to make it big in Hollywood. Cheap la-la land romance - such as it is - with characters young and old who made bad decisions. He brings you inside the minds of his characters, from government officials to mobsters to policemen and most especially his main character, aspiring actress Grace, who cannot believe she is caught up in all this. Well done and don't pass it by.
Read more
Helpful
Comment Report abuse

Krayz
4.0 out of 5 stars Caught me off guard with the title
February 18, 2013
Format: Kindle EditionVerified Purchase
Thinking I was up for sort of a trashy read, this book caught me off guard right from the start. It's not trashy, but sexy. It took off right from the start with very likable characters and a very good story line. The book moves along quickly and is somewhat believable, which is why it keeps your interest. There is action, sex, and characters you actually feel for, making this a much better book than I thought I was getting. I'd read another one of Mr. Conway's book in a minute.
Read more
Helpful
Comment Report abuse
See all 56 customer reviews
Write a customer review