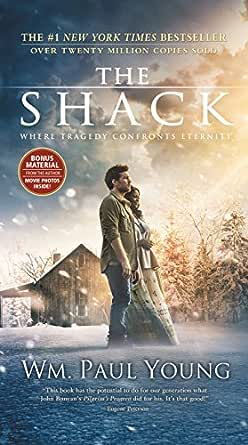 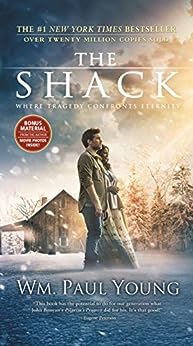 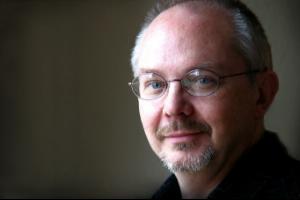 WM. PAUL YOUNG was born a Canadian and raised among a Stone Age tribe by his missionary parents in the highlands of former New Guinea. He suffered great loss as a child and young adult and now enjoys the "wastefulness of grace" with his family in the Pacific Northwest. He is also the author of Cross Roads and Eve. --This text refers to the paperback edition.

Mac is a grief-stricken father in mid-life about to have an extraordinary experience with God. His great sadness began four years ago on a weekend camping trip, when his 6-year-old daughter, Missy, was murdered. What he couldn't know then, but is about to learn, was God's purpose for Missy's death. Roger Mueller's clear, gentle voice characterizes Mac's family with high-spirited joy and laughter. His portrayal of Missy's animated excitement makes her especially believable. His polished performance of grief-stricken Mac brings tears. With empathy and sensitivity, Mueller captures the mysterious voices of those who have invited him to the now abandoned, yet transformed, cabin in the wilderness. This compelling fantasy explores themes of love, loss, and blame. G.D.W. © AudioFile 2008, Portland, Maine-- Copyright © AudioFile, Portland, Maine --This text refers to an alternate kindle_edition edition.

Riveting, with twists that defy your expectations while teaching powerful, theological lessons without patronizing. I was crying by page 100. You cannot read it without your heart becoming involved.

What's most amazing about the whole story is that a fifty-seven-year-old Canadian who was coming out of bankruptcy and working three jobs, including as a janitor, and had never published anything wrote a book that changed how millions of people relate to God.

-- "Oregonian (Portland, OR)" --This text refers to an alternate kindle_edition edition.

'Brilliant! One of the most faith-enhancing books I have ever read' -- Bear Grylls 20080929 'Clearly the book is speaking loud and clear to a lot of people' -- The Independent 20080719 'Bunyanesque ... bold, imaginative, humane and funny.' -- Church Times 20081125 'This book has the potential to do for our generation what John Bunyan's Pilgrim's Progress did for his. It's that good!' -- Eugene Peterson 20081125 'This is the most heart-warming, inspirational story I have read in decades. If you only read one book in the next year...read THE SHACK' -- J.John 20080727 'By far the most captivating, deliciously written and theologically refreshing page turner of a novel I have ever read.' -- Gerald Coates, Pioneer 20080911 'Dangerous, dangerous way to do off-the-hook theology, I love it! It's not just what happens when a theologian becomes storyteller: this is what happens when a survivor who has experienced God decides to tell a story. This should be required reading in spirituality/theodicy classes everywhere. The Shack will quickly become a modern classic, and it will inspire imitators. But very few will match the competence of this work.' -- Siku 20081001 'THE SHACK is the most absorbing work of fiction I've read in many years. My wife and I laughed, cried and repented of our own lack of faith along the way. THE SHACK will leave you craving for the presence of God.' -- Michael W. Smith, Recording Artist 20081001 'This story reads like a prayer - like the best kind of prayer, filled with sweat and wonder and transparency and surprise. If you read one work of fiction this year, let this be it.' -- Mike Morrell, Zoecarnate.com 20081001 'Reading THE SHACK during a very difficult transition in my life, this story has blown the door wide open to my soul.' -- Wynonna Judd, Recording Artist 20081001 --This text refers to an alternate kindle_edition edition.
Read more