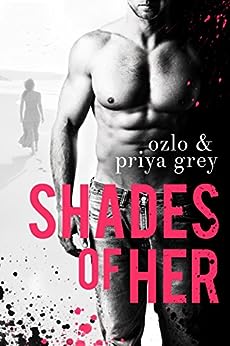 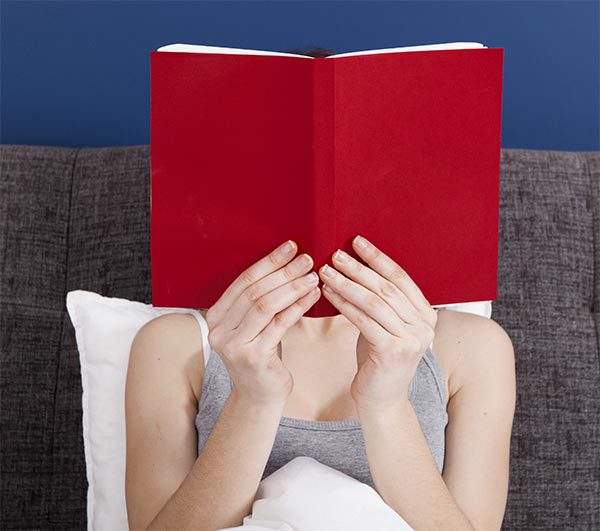 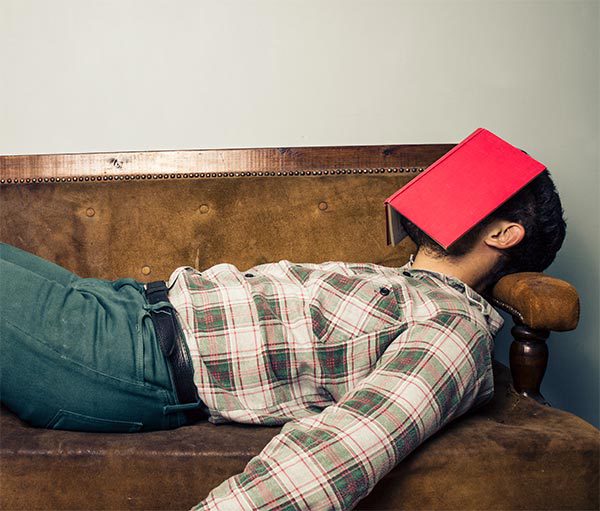 Shades Of Her Kindle Edition

"Blew me away with how it grabbed me from the start and kept me interested all the way through. The scenes are scorching to the point of almost hyperventilating. This is a story that you must read to feel the intense passion, love and loss. By the end of the story, I found myself wanting more of Rebecca and Jackson. This is a 5 Stars Must Read!" Samantha, Books, Wine & Time
"Intense read that kept me totally glued to the story. Shocking enlightenment and discovery. Absolutely loved it." Kimberly, Goodreads

"I ate this book up! I couldn't put it down. Shades of Her is a story of the heart. It's a story of how far a grieving man would go to relive what he has lost.  It's uniquely Ozlo and Priya. 5 Stars!!" Peggy, Reading Keeps Me Sane Book Blog

"Really hot story. I enjoyed seeing the story unfold and the lines between fantasy and reality blur. Interesting concept of how love can blind you to the obvious. Gripping and great story!" Renee, Goodreads

"Truly heart wrenching story in parts. It's an emotional ride that will absolutely evoke something within the reader. Truly different, but well written and in the style I have come to enjoy by these authors." Mlle Me, Goodreads

"It was one of those books you can't put down because you want to see how it ends. A must read for everyone!" Rosetta, Goodreads

4.1 out of 5 stars
4.1 out of 5
225 global ratings
How are ratings calculated?
To calculate the overall star rating and percentage breakdown by star, we don’t use a simple average. Instead, our system considers things like how recent a review is and if the reviewer bought the item on Amazon. It also analyzes reviews to verify trustworthiness.
Top reviews

Pamela R Mitchell
5.0 out of 5 stars Amazing must-read
Reviewed in the United States on October 19, 2017
Verified Purchase
This is an amazing story from the first page to the last with complex characters, heart-wrenching emotions, pain, anguish, loss, hope and steamy romance. I really liked the chemistry and dynamic between successful artist Jackson Miller and pastry chef Rebecca Wilson. I knew once I started reading I wouldn't be able to put the book down until I got to the last word. This is the first book I have read by Ozlo and Priya Grey buy I want to read more by these talented authors. I voluntarily reviewed an advance reader copy of this book.
Read more
Helpful
Report abuse

Cathyst
3.0 out of 5 stars New to me
Reviewed in the United States on March 15, 2019
Verified Purchase
Mediocre story. Has great potential but the steamy sex of the main characters doesn't ring true. And the situation is really unhealthy. A waste of a potentially interesting story.
I found myself thinking at the end why this young woman would even consider a relationship with Jackson, a very troubled man. After all, Becca still is a dead ringer for the dead wife.
Just a big NO.
Read more
Helpful
Report abuse

Tiffany P
2.0 out of 5 stars Caution advised: Generally well written, but serious issues treated far too lightly
Reviewed in the United States on October 22, 2017
I received an Advance Reader Copy on which to base my review.

Aside from a few minor issues with grammar and spelling here and there (which may not even be part of the final release version), this story is generally well written. It flows well, without rushing ahead too fast or dragging slowly. Our main characters are Jackson (rich artist and widower of Ashley) and Rebecca (pastry chef who needs money and who looks exactly like Ashley except for hair color). Supporting characters, we have Rebecca's friend Kristi and Jackson's manager/friend Harry.

When I volunteered to read this based on the descriptive blurb, I expected the "discovering the truth" about Ashley to happen much sooner in the story. If it had happened sooner, Jackson and Rebecca would have had time to get to know each other for who they are (especially Jackson getting to know Rebecca as herself). I was also not expecting the depth and seriousness of Jackson's emotional/mental state. He hasn't been able to make himself go home in nine months, since his wife Ashley died. He's no longer able to paint (which makes me wonder what he's been -doing- for the last nine months), he doesn't seem to interact with anyone except his therapist (who has him on medication that's not working) and Harry (who he tries to avoid). He's suicidally depressed and nearly commits suicide before someone stops him.

Simply put, regardless of the physically chemistry Jackson and Rebecca have, Jackson is in no way realistically ready or capable of starting a relationship with someone. The immediacy in which everything is suddenly perfect and right in his world after Rebecca starts playing the part of Ashley reinforces that. However, it's about three quarters of the way through the book before, in one of the sections from her point of view, Rebecca thinks "I finally realize how dangerous this is for Jackson" after something happens.

There's a time skip near the end that I'm a bit torn how I feel about. On one hand, it's good that time has gone by. On the other, if Jackson was basically obsessed and suicidally depressed over Ashley for nine months, I'm not sure I can trust after a year that he hasn't just transferred/adjusted some of that obsession to focus on Rebecca instead of actually resolving his feelings about Ashley and gotten back to a healthy emotional/mental state where he can start a relationship with Rebecca as herself.

If none of that affects your suspension of disbelief as a reader, this may be a valid read for you. It certainly brings some different ideas into the story to make it stand out. For me, though, I tend to read critically and it didn't rest easy in my mind. I found myself liking it less the more I think about it.
Read more
6 people found this helpful
Helpful
Report abuse

Romance Lover
5.0 out of 5 stars Great Original Story
Reviewed in the United States on October 16, 2017
I voluntarily reviewed and advanced reader copy of this book. I love the way the authors write. I was drawn into the story from the first page, and I felt as though I was part of the story. This is the story of Jackson, a successful artist who is also unbelievable hot, and Rebecca who is a doppelganger for Jackson's late wife Ashley. Jackson is in a depression 9 months after Ashley dies, and can't seem to get out of his funk. He is completely lost without Ashley, and has not painted since she died. He is in a bar with a friend and sees Rebecca and thinks it is his late wife. Freaked out by this attention, Rebecca and her friend leave the bar. A short time later Jackson has another chance run in with Rebecca and makes her a proposition she can't refuse.

This is a great original story, and as a widow, I found it to be very believable. When you Jackson loses his soulmate he goes to extraordinary lengths to recapture what was lost, and he realizes that not everything is what he thought it was. I loved this book, and can't say enough great things about it. Read this book, you will not be disappointed.
Read more
2 people found this helpful
Helpful
Report abuse

Jaime F.
5.0 out of 5 stars I couldnt put this book down!! 5 STARS a must read. a great love story!
Reviewed in the United States on March 18, 2018
Jackson has had a love so good that even 9 months after his Wife death he still cant let her go, a love so lost that left him lost that he cant even paint any more. When Jackson walks into a Bar and sees a woman who resembles his dead wife he thinks he has been given a second chance to have her back. Rebecca is a happy woman who is living her life, but all at once everything is destroyed when her parents house is destroyed and she has no means to help them, so when Jackson comes up with this agreement she agrees because what he is willing to pay her will set her parents back up.

What I enjoyed most about Shades of Her is watching how much love Jackson had for his wife and everything he was willing to do for her and to have her back even in the form of another woman that could be his Wife twin, watching how he went from depressed to happy again and Painting again. Watching Rebecca following her role as his dead wife but also knowing that he has ruined her for all other men because she wants a man just like him in her future.

This book was an amazing read I loved reading about Jackson and Rebecca's adventures together and watching how she feel for him when all he could see was Ashley in her, watching Rebecca willing to do the weirdest thing in the world to help her parents but also learning more about her self and what she really wanted in life, watching Jackson live his memories but also learning more about him and his wife and learning what is important in this world and to not waste time. If you like stories like this, then Shades Of Her is a must!
Read more
Helpful
Report abuse
See all reviews

Sandra Loves Reading
4.0 out of 5 stars It's certainly not a run of the mill love story!
Reviewed in the United Kingdom on October 19, 2017
Verified Purchase
I enjoyed this book. It's certainly not a run of the mill love story!
Jackson lost his wife and muse and has been unable to work as an artist since. He meets Rebecca, a pastry chef, who is her spitting image. Rebecca has the dream of opening her own café.
Jackson pays her to impersonate his dead wife so that he can paint again. And remember the woman who was the centre of his world.
They have a series of scripted meetings, his memories of events with his beloved wife, Ashley.
But things are seldom as they seem and the truth has to come out, even if it's accidentally and what you once thought...can be changed forever.
Read more
One person found this helpful
Report abuse
See all reviews
Back to top
Get to Know Us
Make Money with Us
Amazon Payment Products
Let Us Help You
EnglishChoose a language for shopping. United StatesChoose a country/region for shopping.
© 1996-2021, Amazon.com, Inc. or its affiliates