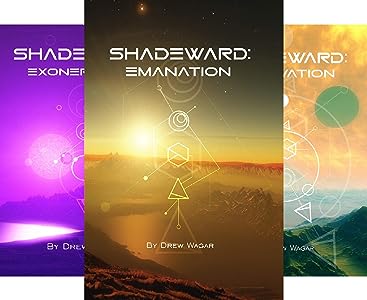 2
Exoneration (Shadeward Book 2)
by Drew Wagar (Author) , Heather Murphy (Illustrator)
5.0 out of 5 stars (18)
The second installment of Drew Wagar's Shadeward Saga, Shadeward: Exoneration continues charting the adventures of Kiri, Zoella and the priestesses of Drayden along with the grand and terrifying tasks of Meru all under the watchful, changing eye of Lacaille...

A people exiled, begin to unravel myth and legend, unearthing clues to their tempestuous past.

Priestesses with remarkable powers turn their devastating abilities on those they see who offend their god, the star that blazes unchanging in the skies above.

But when that star unleashes devastation, it shows no favour and no mercy.


Drew is donating 10% of the proceeds of this book to the March Wood Project, whose work involves rehabilitating teenagers among the beautiful woodlands of Kent.
Read more

3
Enervation (Shadeward Book 3)
by Drew Wagar (Author)
4.5 out of 5 stars (16)
The third instalment of Drew Wagar's Shadeward Saga, science fiction firmly grounded in science fact as modern myth meets old technology.Shadeward: Enervation follows Kiri, Zoella and Meru as they battle history to reconcile ancient science against more recent legend. With their continued existence under threat from the forces of nature, only Meru’s desperate journey can divert the terrifying priestesses of Drayden from bringing death and destruction down on them all. Drayden has discovered the secret of the exiles across the sea and plans a vast fleet to reach and subdue them. Even the mighty Mobilis with its ancient technology cannot hope to prevail.The adventure plays out under the all-seeing, all-searing eye of Lacaille...
Read more

4
Expiation (Shadeward Book 4)
by Drew Wagar (Author) , Gabi Grubb (Illustrator)
5.0 out of 5 stars (20)
Shadeward: Expiation is the explosive finale to Drew Wagar's Shadeward Saga. A world is pulled apart as past secrets collide with a cataclysmic present. This is science fiction firmly grounded in science fact as modern myth meets old technology. Shadeward: Expiation follows the fortunes of the players from the first three novels. The all-powerful priestesses are whipped to a white heat of vengeance in defence of their god, Lacaille, the star that blazes in the skies above. Coran and the Mobilis crew battle to unravel the keys to survival, but tradition, myth and the vengeful priestesses stand in their way. Lacaille burns ever more fiercely, ever more deadly, above their world of eternal day, everlasting night, burning deserts and frozen wastes. Meru, Kiri and Zoella are now tied by bonds of both hatred and devotion and somewhere from within the emotional maelstrom, they have to find the strength to act, though they still have no idea how to turn the tide of fate. All they know is that the Obelisk continues to call them. The answer when they find it is shockingly unexpected and horribly inevitable.
Read more 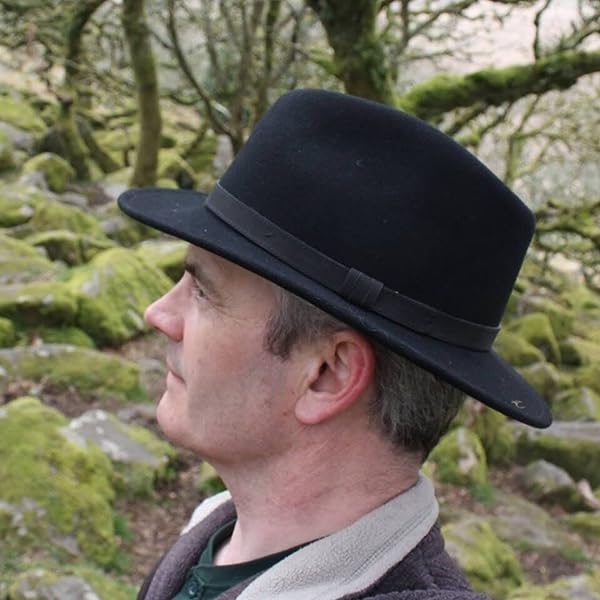 Drew Wagar
Biography
Drew Wagar is a science fiction and fantasy author, living in the UK. He is the author of the Shadeward Saga, The Lords of Midnight, Elite Reclamation and Elite Dangerous: Premonition (both official Elite Dangerous novels) and Torn.

Drew's latest book is Expiation, the fourth and final part of the Shadeward Saga.

Drew is currently working on Doomdarks' Revenge, the sequel to the epic fantasy, the Lords of Midnight.

Drew is in the process of preparing all of his books for Audible and the first two books, Emanation and Exoneration, narrated by him, are now available from the Audible store.

Drew's published the Lords of Midnight in 2018 in collaboration with Chris Wild - This is the official novel based upon the award winning ZX Spectrum game from 1984. A pure fantasy story set in the icebound and magical world of 'Midnight'.

Drew published Elite Dangerous: Premonition during 2017 - This is the official novel based upon the space epic game Elite: Dangerous by Frontier Developments and dramatised events in the game during the 2016-2017. It is the sequel to Elite: Reclamation.

Elite Reclamation was published in 2014 and remains the definitive Elite Dangerous novel, with more than 100 enthusiastic reviews.

www.drewwagar.com
Read more
Back to top
Get to Know Us
Make Money with Us
Amazon Payment Products
Let Us Help You
EnglishChoose a language for shopping. United StatesChoose a country/region for shopping.