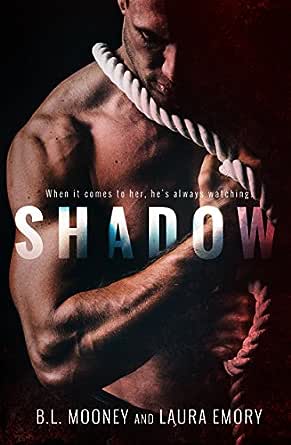 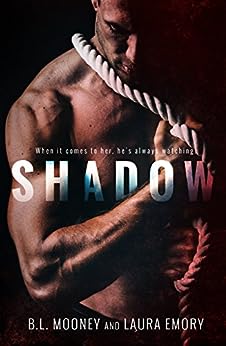 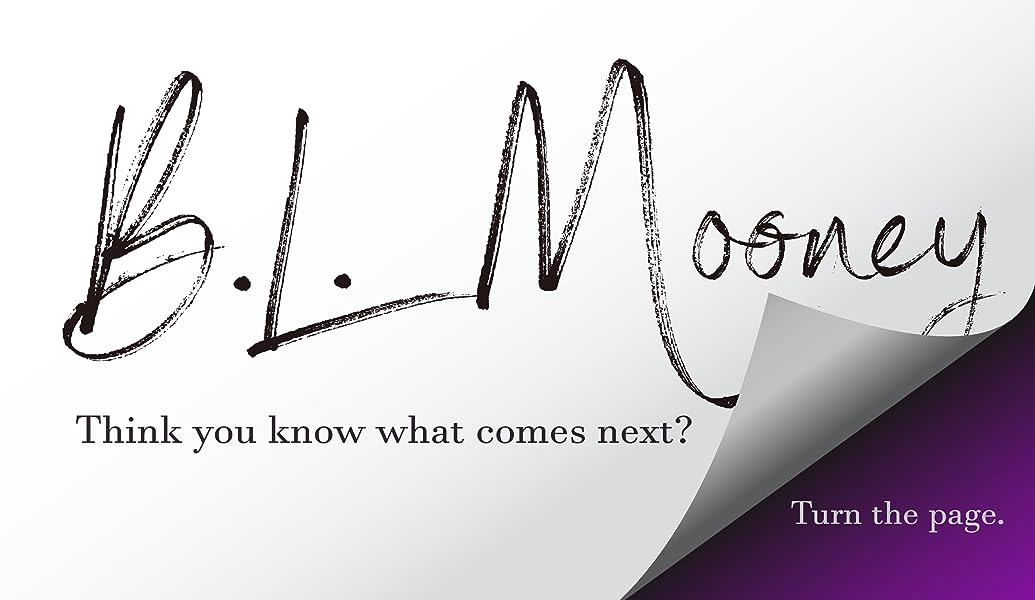 Brie Burg CCBH
5.0 out of 5 stars Shadow will captivate you
Reviewed in the United States on July 15, 2015
Verified Purchase
I love when two talented authors come together so seamlessly that you can’t pinpoint who is writing what as you read. Shadow flowed continuously, the content remained consistent and the plot flawless. B.L. Mooney and Laura Emory are one harmonious writing duo!!

Brynn is the heroine. She carries the weight of the world on her shoulders, searching for the one person who ultimately destroyed her childhood and family. She’s a witty FBI agent who’s tough as nails and has no problem holding her own.

Now on to some key players…
' Hunter is Brynn’s partner/best friend and can I say hubba-hubba-HUBBA!! This man is yummy; I found myself so intrigued by him at every turn. Add in the intense moments shared between him and Brynn from the very first page, and I was in absolute love.
' Porter is another FBI agent who works with Brynn and Hunter. Oh boy, this man is relentless and his crude comments at times can leave you flabbergasted.
' Ben is an attorney who Brynn meets one night when out with fellow agents. He essentially swoops in and becomes her knight in shining armor as they start a rather passionate love affair.

And finally…
' Shadow is…
The antihero. The criminal and killer. THE BIG BAD WOLF. He is a dirty scoundrel who is deceptive in every aspect. He also brings an element to the story that will enthrall you. He kept me on my toes, waiting for the next chapter in his POV so I could take a peek into his mind, and experience his thoughts. But who really is Shadow? Shadow is a conundrum and his identity is a brainteaser that will force you to pay close attention to the silent clues.

Cue the freaking enigma!! This is a suspense novel that keeps you guessing long after you have thoroughly thought over every possible lead. My mind was reeling, causing me to slip into a boggled puzzlement!! Mooney and Emory, weaved an intertwining mystery that takes place inside of your head. One that requires you to conduct your own investigation while trying to figure out the answer to this riddle of a book.

Shadow kept my attention from start to finish, and kept me guessing the entire time as I fell hard into the plot and storyline. I need these two to get back in the cave and make this happen again… and soon!!
Read more
5 people found this helpful
Helpful
Comment Report abuse

Booklover4life
5.0 out of 5 stars A very complex and intriguing story...
Reviewed in the United States on September 7, 2015
Verified Purchase
4.5 Stars!! This was a very well written book. The characters were interesting and complex, the storyline intriguing, and for most people, will have you guessing until the very end.

I liked the heroine because she was very atypical. She was written more like a man than a typical female lead. Her thoughts and feelings were very much aligned with an aloof male. The supporting and secondary main characters were very good as well. You got to know them enough to be invested in their lives. I especially loved Hunter and how protective and thoughtful he was of his partner.

I did have a few issues with this book personally. I didn't like how cavalier the heroine was about her safety, especially considering her past. I think, had most anyone else gone through what she did, they would have reacted quite differently. I also think she rushed into her relationship with Ben, and right after she said she never would. Considering the circumstances and where they met, I would think she would be a bit more hesitant about that. This book pushed some of my hot buttons, in terms of stories I will not read, because of some particular aspects involved that I hate. I can't get into particulars though because they would be spoilers.

Regardless of the fact that it had some general storylines I hate, and I had the killer figured out pretty much from the start, and thus the whole general reasoning behind the killer's motives and actions (I'm a little unusual in that regard as it wasn't completely obvious or anything), this was a good read.

I do recommend this story, and I think that most people will enjoy it. The authors obviously put a lot of thought and effort into this story, and it shows in the quality of the writing, the character development, and the overall story concept. It was a seamless story that will suck you in. If you like psychological thrillers, then this is a book for you!
Read more
Helpful
Comment Report abuse

Robin Lee
4.0 out of 5 stars Twisty and keeps you guessing until the very end.
Reviewed in the United States on July 15, 2015
Verified Purchase
I got lucky and won an ARC of this book recently. I loved it so much, I also bought a copy. I love a good romantic suspense, so I was definitely excited to read it. This one did not disappoint. The authors keep you guessing through the whole thing. I liked that there is also a few POVs from the killer interspersed with Brynn's and her partner, Hunter's, POVs. They provide clues, but they also threw me off the trail quite often. I would think I had it all figured out, then BOOM, the theory was blown to smithereens. I really had no idea who would be revealed as the killer until it happened. There was a huge gasp from me when all was revealed.

You would never know this book was coauthored. The transitions are so seamless there is no way to tell that there was more than one writer. I highly recommend this book.
Read more
One person found this helpful
Helpful
Comment Report abuse

Christie L Marsh
5.0 out of 5 stars I liked this book
Reviewed in the United States on August 2, 2015
Verified Purchase
I liked this book. Never heard of the writer until I started following the wounded soldier on the cover. Good way to promote. I will look into other books from this author. The only thing I wish is that it was available through i-Tunes as I don't like the format of the Kindle. But otherwise I am glad I purchased the book.
Read more
Helpful
Comment Report abuse

Tara J. Names
5.0 out of 5 stars SO Good!!
Reviewed in the United States on July 16, 2015
Verified Purchase
So, I am a sucker for a good steamy romance, with a twist, and this book didn't disappoint!!! Shadow was not only hot, but it had an amazing story with suspense and mystery, too! I was in heaven.

The writing was wonderful, and the storyline just flowed. I couldn't put it down!
Read more
One person found this helpful
Helpful
Comment Report abuse

Tiffany
5.0 out of 5 stars Great book!
Reviewed in the United States on December 29, 2015
Verified Purchase
I loved this book! It was full of wonder and love. I thought I knew the answers and then I didn't. Great job!
Read more
Helpful
Comment Report abuse
See all reviews from the United States