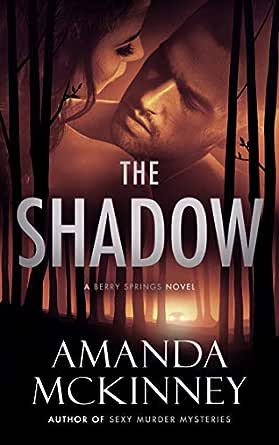 You've subscribed to A Berry Springs Novel! We will preorder your items within 24 hours of when they become available. When new books are released, we'll charge your default payment method for the lowest price available during the pre-order period.
Update your device or payment method, cancel individual pre-orders or your subscription at
Your Memberships & Subscriptions
There was an error. We were unable to process your subscription due to an error. Please refresh and try again. 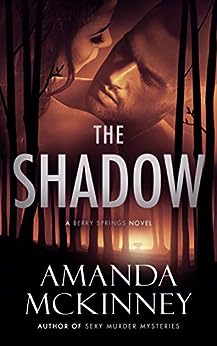 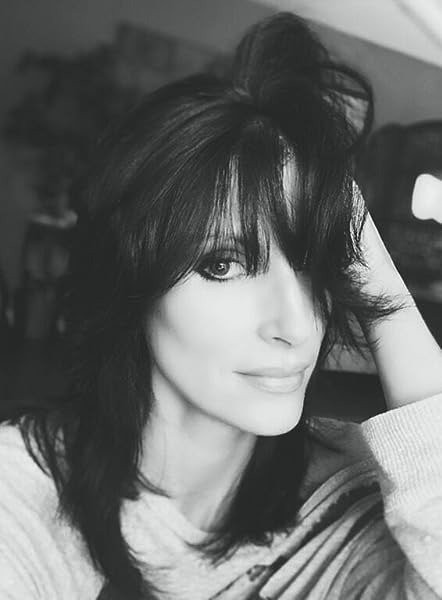 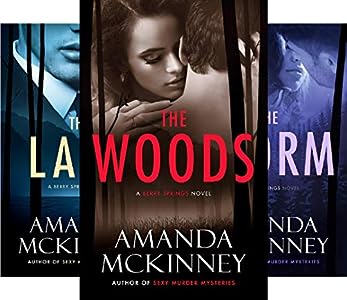 Praise for the Berry Springs Series:

"The Woods is a sexy, small-town murder mystery that's guaranteed to resonate with fans of Nora Roberts and Karin Slaughter." - Best Thrillers

"Danger, mystery, and sizzling-hot romance right down to the last page." - ★★★★★ Amazon Review, The Creek

"Amanda McKinney wrote a dark, ominous thrilling tale spiked with a dash of romance and mystery that captivated me from start to finish..." - ★★★★★ The Coffeeholic Bookworm, The Lake

"The Storm is a beautifully written whodunnit, packed with suspense, danger, and hot romance. Kept me guessing who the murderer was. I couldn't put it down!" - ★★★★★ Amazon Review

"My mind is BLOWN." -Book Blogger, Books and Beauty by Cassie

"My mouth literally hung open when I finished this book. You do not want to miss this one." - ★★★★★ NetGalley Review --This text refers to the paperback edition.

Kindle Customer
2.0 out of 5 stars Disappointed
Reviewed in the United States on May 26, 2019
Verified Purchase
## I guess I'm the odd man out because this was just barely OK for me. Too many things bugged me about this story. SPOILERS BELOW. First of all, there was very little suspense and the romance was very lukewarm. Plus, there was nothing special about this hero. He was supposed to be the best the FBI had to offer. But his actions spoke otherwise. He feels responsible for a girl's murder because she was taken on his watch so he's trying to piece together a profile. When he figures out the heroine will be the next victim, he leaves her alone at the hospital? With no one watching her? Come on. And guess what? She's taken. Well DUH. What bothered me more than the stupidity of these two is that the author let the heroine be tortured before they found her. So at the end of the book she's been burned, stabbed, and had her face beaten with a baseball bat. Her face, neck, and arms are all scarred. I didn't feel that was necessary to the story. I really liked "The Creek" but this one was disappointing.
Read more
3 people found this helpful
Helpful
Comment Report abuse

mauireader
5.0 out of 5 stars A captivating, intense murder mystery
Reviewed in the United States on May 21, 2019
Verified Purchase
A terrifying brutal murderer is out there, with so many possibilities of who the bad guy might be kept me engaged to the end. A well written book with a very interesting and intense plot with a great serving of heat. Graphic details of a crazy villain makes it a tough job for Eli to profile, I have always found FBI profilers very interesting in how they come up with a “type” of person to be on the lookout for. I love all the great connections to the name of the book, there are a lot of different shadows weaved throughout the book. Both of the main characters have their share of baggage to work through, Eli is a loner for the most part and Payton is one who tries to distance herself from her dysfunctional family. The two have great chemistry from the beginning causing Eli to go into protection mode. I have loved reading this series because they all have strong characters, detailed and interesting plots. This is a stand alone book, but there are characters from the other books of the Berry Springs that are really good too. You do not have to read in order since nothing is really given away about the other characters and stories. Highly recommend this read.
Read more
One person found this helpful
Helpful
Comment Report abuse

Deb D
5.0 out of 5 stars Wow! Didn't see that coming.
Reviewed in the United States on June 8, 2020
Verified Purchase
The Shadow is a phenomenal romantic suspense by Amanda McKinney. Ms. McKinney has provided readers with yet another well-written book populated with a stellar cast of characters. Eli is an FBI profiler called to Berry Springs when a body of a young woman shows up with familiar wounds. Payton is in the news business and willing to put herself in danger to get her story. Eli and Payton's story is packed with edge of your seat suspense, bits of humor, spice, drama and action. Be warned, once you start this book, you won't want to put it down. I enjoyed reading The Shadow and look forward to my next book by Amanda McKinney. The Shadow is book 6 of the Berry Springs Series but can be read as a standalone. This is a complete book, not a cliff-hanger.

This book is so good that when I opened it to write the review, I ended up reading it all over again!
Read more
Helpful
Comment Report abuse

maggie mae
4.0 out of 5 stars Absolutely love this series...
Reviewed in the United States on September 26, 2019
Verified Purchase
I am loving this series. The stories are well written, the characters are well defined and the plot takes you to a tale of horrible actions done by crazed maniacs.
I have not put this book down since starting, just as I did with the first book, The Creek.
I am on in search of the next story. TA TA
Read more
Helpful
Comment Report abuse

kitty
5.0 out of 5 stars Another Great Story
Reviewed in the United States on May 25, 2019
Verified Purchase
So Good!!! I have read every book Amanda McKinney has written and she never dissapoints. I especially liked this book bringing some of her characters from earlier books together. I wish I could restrain myself and read a little at a time making the book last, but I have no control and I read to the end!! I can't wait to take another trip to Berry Springs or anywhere Amanda takes me.
Read more
Helpful
Comment Report abuse

Kindle Customer
5.0 out of 5 stars Very exciting
Reviewed in the United States on March 20, 2020
Verified Purchase
The book was pretty obvious what was going to happen, but not how and definitely not who would it would be.
Read more
Helpful
Comment Report abuse

kindle reader 2
5.0 out of 5 stars A great read!
Reviewed in the United States on September 12, 2019
Verified Purchase
I was thoroughly surprised by the ending. I usually can figure out “who done it” but not this time!, I loved it!
Read more
Helpful
Comment Report abuse