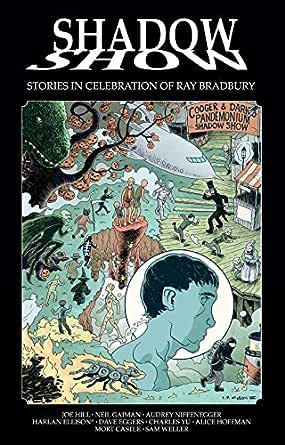 You've subscribed to Shadow Show! We will preorder your items within 24 hours of when they become available. When new books are released, we'll charge your default payment method for the lowest price available during the pre-order period.
Update your device or payment method, cancel individual pre-orders or your subscription at
Your Memberships & Subscriptions
There was an error. We were unable to process your subscription due to an error. Please refresh and try again. 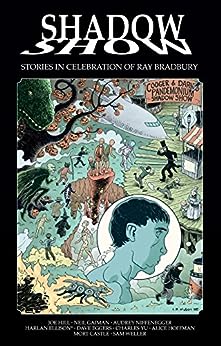 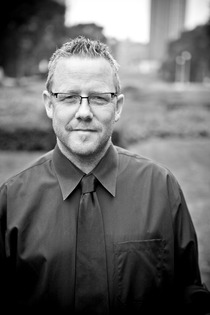 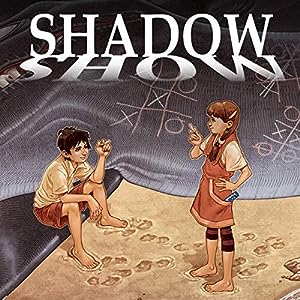 "Shadow Show is a perfect tribute to one of the greatest writers of the 20th Century. Ray Bradbury was revered by millions; in this collection, we get to see a very select few of the talented writers and artists that had been touched by his genius." –We The Nerdy

"One of the best features of this collection stems from the reflections of the stories’ authors included after each one. Each of these author’s notes give insight into how Bradbury inspired the creation of a work, and these discussions of his influence on their thought process and story construction exist as the best salutes to him." –Forces of Geek --This text refers to the paperback edition.

Joe Hill is the #1 New York Times bestselling author of Full Throttle, The Fireman, Heart-Shaped Box, and NOS4A2, recently made into a TV series from AMC. His horror novella In the Tall Grass, co-written with Stephen King, was made into a feature film from Netflix. His book of short stories, 20th Century Ghosts, won the Bram Stoker Award and British Fantasy Award for Best Collection. He earned the Eisner Award for Best Writer for his long-running comic book series, Locke & Key, featuring the eye-popping art of Gabriel Rodríguez. --This text refers to the paperback edition.

The editors, Chris Ryall, Carlos Guzman, Sam Weller, and I, are honored that the book has earned the 2015 Bram Stoker Award of the Horror Writers Association, for "Superior Achievement in a Graphic Novel." The celebration of the wondrous wordworker, Ray Bradbury, continues! --This text refers to the paperback edition.
Read more

Amazon Customer
5.0 out of 5 stars Five Stars
Reviewed in the United States on December 9, 2016
Verified Purchase
Both in visuals and in comics' scripting, IT IS SUPERB. -- Mark Powers, horror author
Read more
Helpful
Comment Report abuse

Anthony J Alfano
1.0 out of 5 stars Very disappointed!
Reviewed in the United States on April 30, 2015
Verified Purchase
I bought the book because my wife is a fan of Joe Hill. The title of the offering includes s
"Signed x 26" . That would indicate to me that the book had 26 signatures. That is not the case. My copy only contains signatures from two of the contributors/editors. Very disappointed!

Wayne A McCoy
3.0 out of 5 stars Good stories and art, but I think I would recommend the book this is based on instead
Reviewed in the United States on August 24, 2015
'Shadow Show: Stories In Celebration of Ray Bradbury'would seem to be a graphic novel adaptation of the book 'Shadow Show: All-New Stories in Celebration of Ray Bradbury.' The content has been greatly reduced, but the stories are still good.

We meet a young boy and girl that find something strange on a beach, and we meet a man who has forgotten Ray Bradbury. There are story homages from famous writers like Dave Eggers and Audrey Niffenegger. There is a strange rambling bit in the middle from Harlan Ellison that seems more wordy and doesn't seem to match the rest of the book.

The stories are good and seem to be adapted well, I'm just not sure why I'd recommend this over the original book with about 4 times the number of pages. This is probably a case where the graphic novel feels a bit superfluous, especially in light of all the content that didn't make it to this graphic novel. I enjoyed almost all of the stories, and the art, but I think I would recommend the book that it's based on first.

Ragged School
5.0 out of 5 stars Quality graphic novel
Reviewed in Canada on January 10, 2017
Verified Purchase
I was anticipating a short paperback collection, but I was pleasantly surprised when it arrived and I discovered it was a graphic novel. If you like Bradbury, specifically 'October Country', you might want to add it to your collection.
Read more
Report abuse