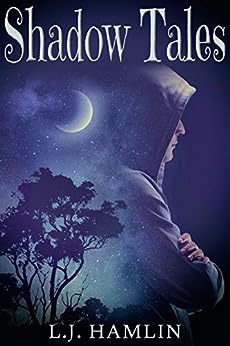 2.5 out of 5 stars
2.5 out of 5
2 global ratings
How are ratings calculated?
To calculate the overall star rating and percentage breakdown by star, we don’t use a simple average. Instead, our system considers things like how recent a review is and if the reviewer bought the item on Amazon. It also analyzes reviews to verify trustworthiness.
Top reviews

Medina Gustavsson
3.0 out of 5 stars Paranormal romance low on the paranormal
Reviewed in the United States on November 2, 2017
Paranormal m/m romance anthology. Five stories, heavy on the romance and low on the paranormal. I was a little bit disappointed by that because I really wanted to relish in the shifter, yeti and werewolf aspect of the stories but ultimately the characters' being paranormal creatures was not essential to the plot except in the final story, "Spirit Wolf", which as a result was my favorite. I was also a little put off by the amount of sex. There's a sex scene in each of the five stories, which takes up a bit more space than I would like. I'm a person who generally skims through sex scenes to get to plot so five in such a short work was a bit much for me. But quite possibly not for you if you enjoy reading m/m erotica, so if that's the case I guess you can consider that last qualm a recommendation.

The stories were fairly well built: the characters were relatable, and I did like the bonus of the paranormal aspect. Although there were instances of homophobia described in the stories, in general they were light hearted and they all had happy endings. Fairly sweet stories with a side of shape shifting and smut. :)

Unfortunately, this anthology was not really my thing. Again, I would recommend it if you like mostly fluffy m/m romance with a touch of drama and erotica. For the paranormal/fantasy elements, not so much. I would still give the author another try though, as this was clearly just a case of a bad fit. I received an ARC from Netgalley in exchange for an honest review.
Read more
Helpful
Report abuse

Devann M.
2.0 out of 5 stars too much sex and not enough plot for me personally
Reviewed in the United States on November 6, 2017
I received a free copy of this book from NetGalley in exchange for an honest review

Well it's a sad day but I guess it had to happen eventually, I finally got a book from LT3 that I didn't really like. Don't get me wrong, this isn't necessarily a bad collection but it definitely wasn't for me. There are five stories in this anthology and the entire thing is only 70 pages long so none of them are very detailed. Also the dialogue feels very stiff most of the time and there really wasn't quite enough of a fantasy element to it for me. All the stories feature shifters of some kind but it's never really that relevant to the 'plot' of the story. Although really at least half of the page space is dedicated to explicit sex scenes so I'm not sure how much plot there is to start with. While I'm definitely not against the occasional sex scene in the books I read, there was just way too much for me in this particular anthology. If you're just looking for a very quick and 'steamy' read then this collection of M/M stories will probably be perfect for you but I would have rather the stories been a bit more developed and for there to be a little bit less sex overall.
Read more
Helpful
Report abuse
See all reviews
Back to top
Get to Know Us
Make Money with Us
Amazon Payment Products
Let Us Help You
EnglishChoose a language for shopping. United StatesChoose a country/region for shopping.
© 1996-2021, Amazon.com, Inc. or its affiliates