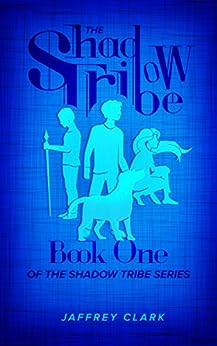 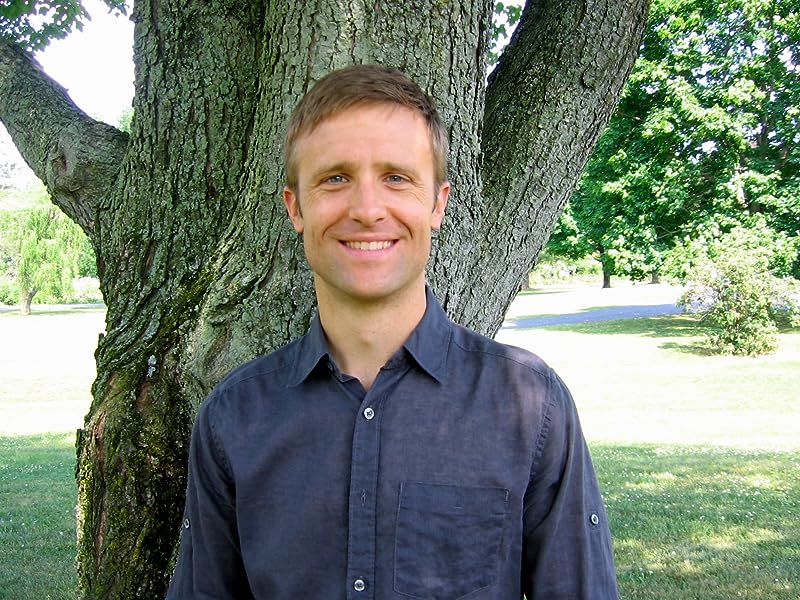 by Jaffrey Clark (Author) Format: Kindle Edition
See all formats and editions
Sorry, there was a problem loading this page. Try again.
A charming, magical tale of survival, friendship, and the value of every life. For fans of Aladdin, Harry Potter, and Peter Pan.

In the desert-city of Terron lives an orphan boy, named Joby. With a magical staff and a fast hand, he roams the streets with his only friend, a stray dog named, Scratch. The mystery of his past is complicated by the secret of his present: he is invisible to the world of men.

One night while visiting his usual haunts, Joby crosses paths with a dark sorcerer named Abigor. The encounter awakens a magic in him that he has never before experienced. That is just the beginning. While trying to learn more about Abigor and the connection between them, Joby discovers he is not the only magical orphan in Terron.

Follow the adventures of Joby and Scratch, and the forming of The Shadow Tribe in Book 1 (Parts 1-3) of the YA Fantasy series with a depth that can't be seen at a passing glance.
Read more
Previous page
Next page

I don't remember a time when I was not seeing the world with two sets of eyes: what was in front of me, analytically, and then the imagined beyond.

From an early age I was the one in the family pining for more TV, movies, often strange movies, reading Lord of the Rings far too young, and pretending to fight invisible foes. As I was told later, it was common to see me in the back yard, by myself, with a stick, fighting back hordes of enemies. Any fantastic movies I did see only gave me new and deadly fighting skills.

The world of fiction reading was one I loved to visit everyday growing up. Reading was encouraged in my family, but I hardly needed any. C.S. Lewis' writings - all of them - including Narnia and his Space Trilogy (which I also probably read too young - That Hideous Strength scared the whits out of me in places), Tolkein's Hobbitt, LOTR, and Silmarillion were my fantasy staples, but I was a big reader of classics, with Sherlock Holmes a favorite among the mix.

Writing started almost as early as my imaginative wanderings. The desire and attempt write a novel didn't become as real until my college years, and as soon as I had graduation from Penn State in my sites, I started writing my epic fantasy series, "The Reaper's Seed."

My writing desire and practice ebbed and flowed until 2014, when after mailing an unknown number of query letters into the great void, I self-published. And now you can read my imaginings, sometimes for free even. In fact . . .

You can sample my most recent fantasy series in the works, THE SHADOW TRIBE with a FREE download of Part 1, "The Boy With the Scar." Grab it at the home page of my website: jaffreyclark.com. You can also learn more about THE SHADOW TRIBE at my website, at the page I have devoted to the series. This one is inspired much by Harry Potter, a series I read later in life, and enjoyed no less because of it. You might say Disney's Aladdin has had some influence also.

I am a family man, a lover of my wife, children, and family at large. I'm a Jaff of all Trades, Master of None, really. I like endurance athletics, swimming as my staple, gardening, chickens, health and wellness, spiritual matters, ethical matters, some politics (too much is infuriating), I dabble in song writing, and, full circle . . . I write stories.

Reading for 4
4.0 out of 5 stars Great Story, Realistic Characters, Hints of Magic
Reviewed in the United States 🇺🇸 on November 22, 2017
Verified Purchase
What is it about?

Everyone knows that faeries and magic are real. In the city of Terron, though, magic is frowned upon and may cost you more than it's worth. A lonely boy named Joby and his trusty sidekick, a dog named Scratch, must work every day just to find enough food and water to stay alive. His motto is to live life unseen and stay out of trouble. One night he interferes to save a man's life and is set on a new path that may lead him to find out about his missing past, but also angers the sorcerer Abigor.

I enjoyed this story! The story progression felt very natural. The characters and their relationships felt very real. I really felt like I was there with Joby, and he made decisions that I would have also made. The story is also interesting, sprinkled with magic, action, fear, love, and friendship.

I am very curious to find out what happens next!
Read more
2 people found this helpful
Helpful
Report abuse

Book MavenTop Contributor: Pets
4.0 out of 5 stars Great for kids 10-100. Wholesome read.
Reviewed in the United States 🇺🇸 on November 28, 2019
Verified Purchase
I enjoyed reading this wholesome YA fantasy. I like the characters--each a unique individual. There is quite a bit of mystery that just begins to resolve at the end of part 1. The reason for 4 stars is the pacing. I am impatient to understand. The magic system is unique and develops very slowly. Much mystery remains, so I must continue on to part 2.
Read more
Helpful
Report abuse

L. J. Capehart
5.0 out of 5 stars A series worth reading!
Reviewed in the United States 🇺🇸 on October 10, 2019
Verified Purchase
I was hooked on this from the get go. The world-building is well done, and I wanted to read more by the time I finished this. I had to find out what would happen to Joby and all the rest! So, of course I bought the other four books, and I'm not at all disappointed. I'm hoping his other books are this good.
Read more
Helpful
Report abuse

Jaffrey Clark
5.0 out of 5 stars Sure to please YA Fantasy Fans
Reviewed in the United States 🇺🇸 on April 14, 2019
Verified Purchase
I've always liked fantasy, of all kinds, and more recently read more YA fantasy. This definitely fit the bill. Magic, mystery, and instantly likable characters, also still had its own flavor. I can tell this is setting up a bigger plot, and it does it well. I highly recommend it!
Read more
One person found this helpful
Helpful
Report abuse

markyyork
5.0 out of 5 stars Fun! Fun! Fun! Thanks Jaffrey!
Reviewed in the United States 🇺🇸 on September 21, 2018
Verified Purchase
Every now and then I find a story that I literally loose sleep over. This one kept me up till the wee hours...and with no regrets! Having read some of Jaffrey Clark's other work (The Reaper's Seed), I'm keeping a close eye out for the deeper meaning...You can count on it! Can't wait to get into book 2!
Read more
Helpful
Report abuse

Judy Clifton
5.0 out of 5 stars You need to read this author!
Reviewed in the United States 🇺🇸 on January 21, 2019
Verified Purchase
I can usually tell if I like a book in the first few pages. This book had me from the first page. The author describes places, people and events as though you are there. Can't wait to read the next installment.
Read more
Helpful
Report abuse

Amazon Customer
5.0 out of 5 stars Good Story!
Reviewed in the United States 🇺🇸 on November 12, 2018
Verified Purchase
Very much liked the story. The Shadow Tribe Book 1 has held my attention all the way through. I recommend the read to anyone who will listen. Look forward to reading books 4 and 5. Keep up the great work.
Read more
Helpful
Report abuse
See all reviews
Report an issue
Does this item contain inappropriate content?
Report
Do you believe that this item violates a copyright?
Report
Does this item contain quality or formatting issues?
Report