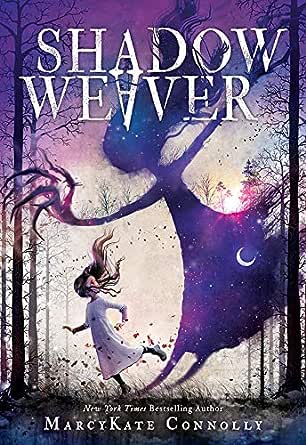 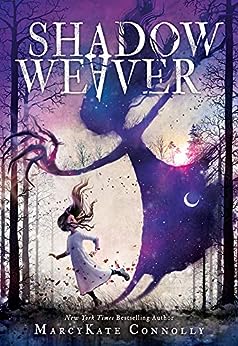 MarcyKate Connolly is a New York Times bestselling children's book author and nonprofit administrator who lives in New England with her family and a grumble of pugs. She graduated from Hampshire College (a magical place where they don't give you grades) where she wrote an opera sequel to Hamlet as the equivalent of senior thesis. It was also there that she first fell in love with plotting and has been dreaming up new ways to make life difficult for her characters ever since. She is also the author of the Shadow Weaver series and The Star Shepherd. You can visit her online at marcykate.com.

Gr 4–6—Emmeline's magical shadow-weaving makes her an outcast despite her aristocratic class, which is why she's always been especially grateful for her "shadow," Dar, whose whispers protect her—and discourage her from making other friends. When Emmeline's parents threaten to send her away after she causes an accident, Dar helps her escape. But is Dar truly Emmeline's shadow, or something more sinister? When Dar begins whispering about a ceremony that will give her a real body, Emmeline must decide how far she'll go to help her closest companion whose dominant personality leaves Emmeline struggling for a sense of herself. Though some readers may question the protagonist's seemingly naive trust in her manipulative friend, their unusual relationship may spark discussion about the destructive potential of certain types of intimacy and relationships. As Emmeline explores the outside world, she must shake off her passivity and disassociate herself from her "shadow" with the help of her new friend, light-weaving Lucas. Connolly's descriptions of magic, especially of Emmeline's shadow-play, are vivid and invigorating. The looming threat of an off-stage magic-eating villain leaves the novel somewhat open-ended, with the potential for a sequel. VERDICT Readers looking for a supernatural twist on toxic friendships will appreciate this complex and compelling read.—Katherine Magyarody, Texas A&M University, College Station

"[Connolly's] use of language and suspense is captivating, resulting in a gripping tale that is wholly original. Dark, yet dazzling, this first installment in a planned duology is sure to be popular. A perfect choice for fans of Kelly Barnhill's The Girl Who Drank the Moon." - Booklist, starred review

"Fans of Serafina and the Black Cloak (2015) will find much the same chills and sequel-primed mystery here.
" - Kirkus Reviews

"This book contains plenty of action and intrigue to keep the reader turning pages. It is quick to read and contains enough unsolved mysteries to make the reader look forward to the next title in the series." - School Library Connection

"Connolly's narrative is full of meaningful moral lessons-on the limits of loyalty, the importance of honesty, and the absolute necessity of trusting others... an enchanting new juvenile fantasy series.
" - Foreword Reviews

"The theme of friendship is handled deftly here... A gripping finale reveals the truth about the "cure" for magic, and readers will eagerly anticipate learning more in a promised sequel." - Bulletin of the Center for Children's Books

"Shadow Weaver is a spooky thriller filled with danger and magic...a fresh take on magic and friendship not to be missed.
" - Shelf Awareness, starred review