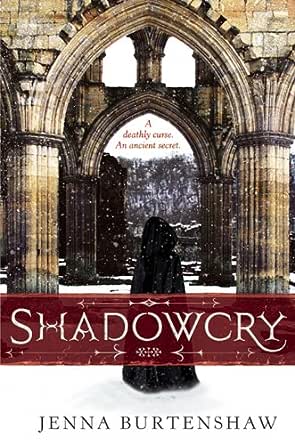 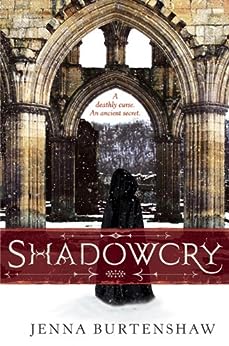 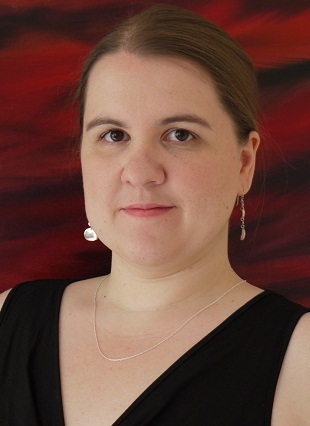 “Jenna Burtenshaw’s debut comes as a breath of fresh air.”

Jenna Burtenshaw has been writing since she was a child, and she divides her time between her writing, her dogs, and her rescue rabbits. She is the author of Shadowcry and Blackwatch. She lives in England.

4.1 out of 5 stars
4.1 out of 5
32 customer ratings
How does Amazon calculate star ratings?
Amazon calculates a product’s star ratings based on a machine learned model instead of a raw data average. The model takes into account factors including the age of a rating, whether the ratings are from verified purchasers, and factors that establish reviewer trustworthiness.
Top reviews

Chelsea
3.0 out of 5 stars So So Read
Reviewed in the United States on February 26, 2015
Verified Purchase
It was a okay read for me I enjoyed it but wasn't overly impressed. I enjoyed the world of Flume and that there was magic elements. But I didn't read overly love the characters other than Silas. I enjoyed that he wasn't this prefect character and had a dark past. Another thing this book did really good was no romance. There was hints of it but that's not what this story was about. The story was mostly finding out more about Seekers and finding the book Wintercraft.

Like I said for the most part I enjoyed this book but it was a so so read for me. I have the next book and will be reading but it won't be anytime soon.

Bea
5.0 out of 5 stars Easy read
Reviewed in the United States on January 13, 2019
Verified Purchase
Love this series. An easy read for anyone looking for a little darker fantasy. Interesting concepts it just naturally pulls you in.
Shipping was quick and the book came in perfect shape.

cassidy
5.0 out of 5 stars Shadowcry review
Reviewed in the United States on January 21, 2013
Verified Purchase
This book successfully captures the conflict inside of us when faced with an impossible situation and brings the book to life. My favorite character Is silas because of his attitude towards the world around him and the way he is constantly changing. One minute he is demanding and seemingly heartless, next he would lay down his all for Kate. I can't wait to read blackwatch, and smile at the thought of silas" and Kate's next meet.
Read more
Helpful
Comment Report abuse

Anita H
5.0 out of 5 stars Christmas Gift
Reviewed in the United States on December 7, 2013
Verified Purchase
This is a gift for my daughter. She read the series in school and told me how well she liked it and would like to have a set of her own. I ordered this and it came right away and in excellent condition.
Read more
Helpful
Comment Report abuse

Artemis fowl lover
4.0 out of 5 stars Good
Reviewed in the United States on August 16, 2013
Verified Purchase
Shadowcry was a very well written interesting book and I recommend it to any reader who enjoys the supernatural.To anyone looking for a book that will lead them to new worlds this is for them.With magic and the afterlife it's truly a wonderfully good read.
Read more
Helpful
Comment Report abuse

Gabylu
3.0 out of 5 stars Ok..
Reviewed in the United States on November 29, 2012
Verified Purchase
I liked this book but I feel like something was missing, don't know yet if I will read the next books.
Read more
Helpful
Comment Report abuse

Kale
1.0 out of 5 stars Be Ready to Pay Your Price. In Boredom.
Reviewed in the United States on June 22, 2011
Verified Purchase
You would think that being able to bring a bird back to life would be a good thing. For Kate that life could be the death of her.

Kate Winters has been living a quiet life in her small town with her uncle Artemis, content as the village booksellers. But their sleepy little town is overdue for a visit from the harvesters, wardens from the city of Fume who abduct people and sell them as servants and soldiers for the war front. The most hunted and prized prisoners are the Skilled, humans with the ability to see into the veil, the world between worlds. The Skilled also possess powers to heal and see the future. Unfortunately for Kate she comes from a long and distinguished line of Skilled, and some very dangerous people know it. They will stop at nothing to capture and harness her power for their own agendas.

I found Shadowcry a bit of a drag. It literally had no life to carry you through the plot development and world building. I forced myself to finish it. For me there was nothing really to latch onto. The characters seemed to bumble through the story, Kate was too naive, too stubborn, not at all clever, or interesting to be likeable. Well she might be interesting but the author didn't really elaborate on her character or much of any other. Edgar her not-so romantic lead seemed sweet with his bungled attempts to save Kate, but there were so many gaps in his description I'm not even sure what he looks like or if he's a brave, or a fool, he comes off less as a hero and more of a contradiction. I like Artemis for a moment, but then the author makes a point of casting him as a coward and close-minded, and not worth saving, which makes Kate look dumb for doing the right thing. I get that she wanted to create flawed characters, but those flaws only work if the people are endearing. The bad guys Silas and Da'ru were more fleshed out. Silas most of all, since his situation was more interesting than most being not quite alive yet unable to die. But these are the villains and I don't want to get to know them better than the heroine. The pet crow should not be my favorite character, which (sadly) it is. Overall I found the cast annoying.

Shadowcry made me want to cry. The concept was promising, I thought it was going to be a twist on necromancy, but with an overly imagined world and underly developed characters the book falls flat. It was written well, but becoming immersed in such a dark and dreary world with no romance or interesting personalities to add color and life to the story it turned out bland, especially when a majority of the action happens in the last two chapters. Those Who Still Wish to See the Dark, Be Ready to Pay Your Price. In Boredom.

Amazon Customer
5.0 out of 5 stars Great read but not a new book in the series
Reviewed in the United Kingdom on September 4, 2015
Verified Purchase
This book is actually the re-named version of Wintercraft (renamed for the American public). The Wintercraft series is a great read, I just wish it had stated that it was a renamed book rather than a new part of the series.
Read more
Helpful
Sending feedback...
Thank you for your feedback.
Sorry, we failed to record your vote. Please try again
Report abuse

krystal
5.0 out of 5 stars Terrific.
Reviewed in the United Kingdom on April 5, 2013
Verified Purchase
Terrific book just what I was looking for so great to get a whole triolgy and such a fast service.
Read more
Helpful
Sending feedback...
Thank you for your feedback.
Sorry, we failed to record your vote. Please try again
Report abuse