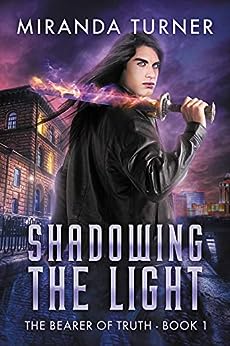 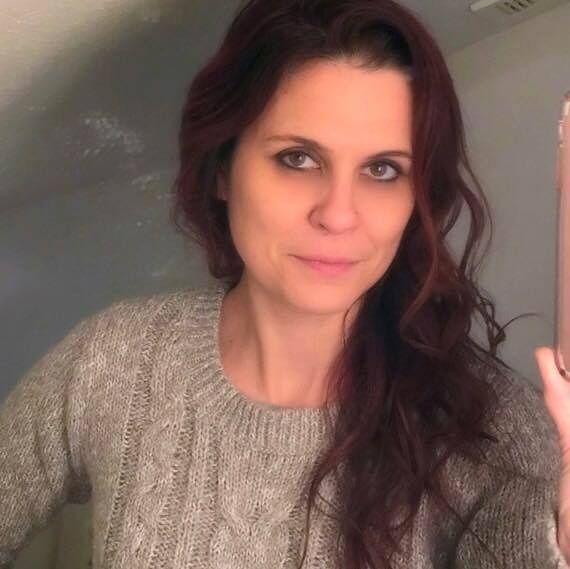 Shadowing the Light (The Bearer of Truth Book 1) Kindle Edition

by Miranda Turner (Author) Format: Kindle Edition
Book 1 of 2: The Bearer of Truth
See all formats and editions
Sorry, there was a problem loading this page. Try again.
Shadowing the Light

“Everybody has their own agenda. Everybody.”

Hunted for the unique blood that runs through his veins, half-angel, half-demon Gabriel Sinclair lives without expectations. On the run from forces on both sides of an ancient conflict, he searches for strength and peace in a world which only seeks to use him.

When Gabriel is forced to stop running, assigned a team—and a mate—he doesn’t want, and reluctantly tasked with a mission, he must overcome obstacles both real and imagined. Otherwise, the world as he knows it, and the mate he’s reluctantly come to care for, may cease to exist.

“I will do as the Creator bids me. Always.”

Evander Ryan is special, and he knows it. The final handcrafted immortal warrior for the light, he is the Creator’s greatest masterpiece. For fifty-eight years, he’s lived his life in black and white, coddled by his Maker, while leading his team to countless victories against their enemies. Those fights were easy. Working with a new, uncooperative mate who sees the world in shades of gray? Less so.

As Evander’s eyes are opened to the existence of light warriors who are not good, dark warriors who are, and the wider world of supernatural beings, he learns nothing is as he thought it was, and his mate isn’t who he thought he was either. Maybe there’s something to be said for not always following the rules. . .


This book is LGBT Urban Fantasy with a romantic subplot. Not recommended for readers under 18. Use the Look Inside feature or download a sample to see additional content advisories on the Copyright page.
Read more
Previous page
Next page
All 2 for you in this series See full series

Miranda Turner is a single mom of eight living outside a small, hippie town in the middle of Ohio. She’s surrounded by children, chickens, and one temperamental editor kitty who is silently judging her on a daily basis. She is a voracious reader and an editor who decided she had different stories to tell. She firmly believes a happily ever after is there for everyone, but she likes to make her characters earn it.

Leah
4.0 out of 5 stars Interesting start to a new series
Reviewed in the United States 🇺🇸 on February 6, 2019
Verified Purchase
As a start to a new urban fantasy series, I really liked this book! It opened up into a contemporary fantasy world that wasn’t difficult to get used to reading, while at the same time, there was enough mystery to leave the reader wondering what was happening, who would show up next, how things would develop. Turner includes a wide variety of mythologies, spiritual, and religious beliefs as part of the world she’s created, which was fun and exciting to read. It was so interesting to see the different beings all interact and see the ways they’d been incorporated into modern society.

Though, for a first book, it was perhaps a little more action-packed than was necessary. At times, it felt like more dramatic turns were being thrown in just to keep the action going, instead of letting things slow down a bit. Certain things could’ve probably been cut, with the novel remaining mostly the same, but overall, it was an enjoyable read.

I enjoyed pretty much all the characters, especially the two main characters–Gabriel and Evander. Their relationship starts out antagonistic and develops into something s-xual as well as a friendship, until Evander messes up royally, and it was interesting to watch the ups and downs they went through, as well as their reluctance towards accepting their mates turning into denying the urge to complete their mating until the other is fully ready. Their relationship is fairly complex and, at times, can give one whiplash, but it was one that I enjoyed and look forward to seeing more of in future books.

All the secondary characters were great as well! The only one that I was a bit skeptical of was Luc, first for his treatment of Gabriel, but then for the unnaturally swift turn around in his attitude. Whether that came from the punishments he received or something else, it’s not one hundred percent clear, but it was a bit too abrupt. Knowing this is going to be a series and not a standalone novel, Luc’s change in behavior felt way too rushed. Much as I disliked the way he spoke to and treated Gabriel before, it could’ve been drawn out a bit more instead of going from “I hate everything about him and absolutely will kill him if given the chance” to “We need him on the team, he’s one of our brothers” in less than 275 pages. And I had similar feelings about Evander’s rapid turn-around as well, but his made a bit more sense given that he sees more of Gabriel and the fact that they’re mates.

All in all, I really did enjoy this book and am looking forward to the next installment after that explosive ending!
Read more
One person found this helpful
Helpful
Report abuse

Dixiecowgirl060
5.0 out of 5 stars WOW! Just an amazing book!!
Reviewed in the United States 🇺🇸 on June 21, 2019
Verified Purchase
WOW! Just an amazing book!! This book is so much more than i was expecting and i so loved it. I would love to see it as a movie because it has it all.. tons of plot, incredible action, characters that are multi-layered and will win your heart. Gabriel and Evander are really terrific characters and you really want them to get their communication going and find a way to really be partners.

The world-build was phenomenal, the writing was awesome and i am hooked on these characters. This is a really complex story with lots of supporting characters that we come to know and love. There is so much happening on each page that i was reading this all day and enjoyed every minute of it.

I am so looking forward to reading the next book in The Bearer of Truth series. Surviving the Shadows is out now and that is the next book on my list to read.
Read more
Helpful
Report abuse

JD
5.0 out of 5 stars Denying connections
Reviewed in the United States 🇺🇸 on January 4, 2019
Verified Purchase
I loved this story. Gabriel is a wonderful character that has been through a lot. He knows that Evander is his fated mate, and yet his mate keeps trying to kill him. Both the light and dark sides have been trying to kill him since he was born.

Evander has lived in a very black and white world, but when he is ordered to work and reside with his destined mate, who he views as evil since he has dark blood in him, he is forced to open his eyes.

I liked watching the preconceptions of Evander and his team get destroyed and rearranged. Life is grey and the guys needed to open their eyes.

Intrigued to see what happens next with the guys. This didn't end pin a HEA or a cliffhanger, but ends at a great moment. Lives have changed by the end of the book.

I received a copy of this from LesCourt Author Services. This is my honest opinion and review. I also bought a copy since I want to support great authors and books I love.
Read more
One person found this helpful
Helpful
Report abuse

avid reader 1
5.0 out of 5 stars Good start for a new author and a new series.
Reviewed in the United States 🇺🇸 on January 3, 2019
Verified Purchase
***Possible Spoilers***
I like this world the author has created. The play on different myths and morals as viewed by different supernatural people is thought-provoking.
The main character group is appealing in the individuality of each member, and they are supportive of the main characters and strengthen the storyline.
Gabriel and Evander’s relationship is fraught with distrust and a lack of communication. Their passion is strong, if unwanted. I was prepared for these men not to get their HEA in this book and I believe that stretching it out this way will add to the tension and excitement in future books.
I appreciate the author adding the Glossary of Terms at the front of the book. It is helpful when dealing with new and foreign terminology.
I look forward to the next book in this series.
Read more
One person found this helpful
Helpful
Report abuse

JTorleif
5.0 out of 5 stars So very excellent
Reviewed in the United States 🇺🇸 on January 10, 2019
Verified Purchase
This book did everything right! There is nothing that happened that I would have wanted to be different.

I loved that we are introduced to Evander and Gabriel after they've already discovered their bond. It gave the story a history from the start without feeling like is missed a previous book. I also loved that the Creator and Lucifer made their armies, but gave them free will, so that now, being Bellator or Tenebris doesn't necessarily equate to good and evil. Like the magic of this world, intent is key to the outcome.

Any future books in this series have now automatically shot up to my must buy list.
Read more
Helpful
Report abuse

Kindle Customer
5.0 out of 5 stars Love it !
Reviewed in the United States 🇺🇸 on March 6, 2019
Verified Purchase
Had it two weeks and all ready read it twice ! Love the people in the story ! Felt my heart breaking right along with the people in the story ! I could feel their happy mess and sadness ! It a story about misconceptions about a group of people believing what they hear and not taking the time to learn the truths. A group of people that think they can do no wrong! That they are more superior then any other. Those rose colored glasses come off and what they find. Can't wait for the next one !! Hope it comes out soon !!
Read more
Helpful
Report abuse
See all reviews
Report an issue
Does this item contain inappropriate content?
Report
Do you believe that this item violates a copyright?
Report
Does this item contain quality or formatting issues?
Report