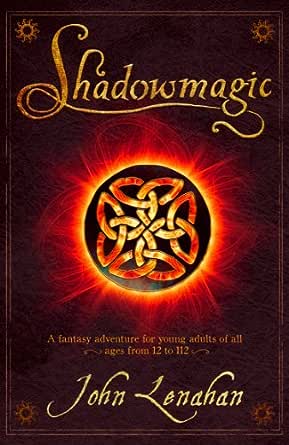 You've subscribed to Shadowmagic! We will preorder your items within 24 hours of when they become available. When new books are released, we'll charge your default payment method for the lowest price available during the pre-order period.
Update your device or payment method, cancel individual pre-orders or your subscription at
Your Memberships & Subscriptions 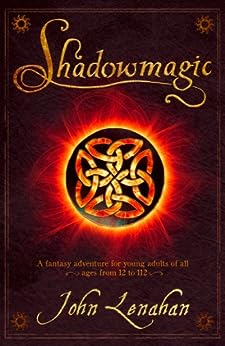 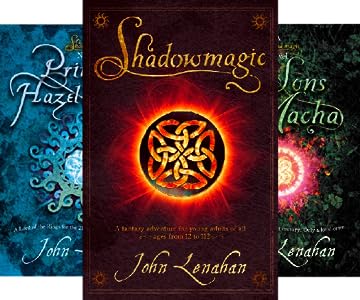 Grade 7–10—Conor is enjoying his life until the day his aunt shows up on horseback and tries to run him through with a spear. He and his father are carried off to Tir na Nog, where he learns that he is a prince and that nearly everybody he meets wants to kill him. With the help of the mother he has never met, the teen and his dad escape captivity, and Conor begins to learn more about the land he has been brought to and about his uncle's evil plot to destroy it. With the help of two new friends, one who rarely speaks and one who never shuts up, Conor sets out to defeat his uncle and save the ancient Celtic land. Along the way he meets a variety of imps, banshees, leprechauns, and elves—and one very pretty girl who, like so many others, wants him dead. The story moves quickly with a lot of action and humor, but occasionally background information and characterization are sacrificed to the fast-paced plot. Readers will enjoy Conor's romp through Tir na Nog but will not pick up a lot of detail about the mythology surrounding that legendary land. This is a fun tale for readers who are looking for another light fantasy.—Misti Tidman, Boyd County Public Library, Ashland, KY
(c) Copyright 2010. Library Journals LLC, a wholly owned subsidiary of Media Source, Inc. No redistribution permitted. --This text refers to an out of print or unavailable edition of this title.

John Lenahan is a magician who became the first person in 85 years to be expelled from the Magic Circle for explaining the Three-card Monte on television. He was the voice of the toaster in Red Dwarf.
--This text refers to an out of print or unavailable edition of this title.

"Story moves quickly with a lot of action and humor."  —School Library Journal

Conor’s dad is quite eccentric—he speaks in ancient languages and trains Conor in swordplay—but the 17-year-old never dreamed it was because his father was actually from the land of the ancient Celts. Conor is spirited away to Tir Na Nog, and life suddenly moves at a frantic pace. He meets his mother (a sorceress working in Shadowmagic), befriends an imp and a banshee, and must somehow survive the prophecy of his death long enough to help his dad claim his rightly deserved throne. Though some of the rescues and escapes are almost too easy, they still work, and Lenahan throws in some unforeseen twists. The characters are fully developed and the dialogue witty and full of spunk. With the pace and thrill of the Percy Jackson and the Olympians series, a sense of place worthy of Narnia itself, and Conor’s dryly humorous first-person narration, this novel is a fast read that will engage reluctant readers. A less-than-tidy ending will have readers begging for more. Grades 7-11. --Melissa Moore --This text refers to an out of print or unavailable edition of this title.
Read more