Shadows: A Black Raven Novel and millions of other books are available for Amazon Kindle. Learn more
Kindle
$0.00
or $4.99 to buy
Paperback
$14.99 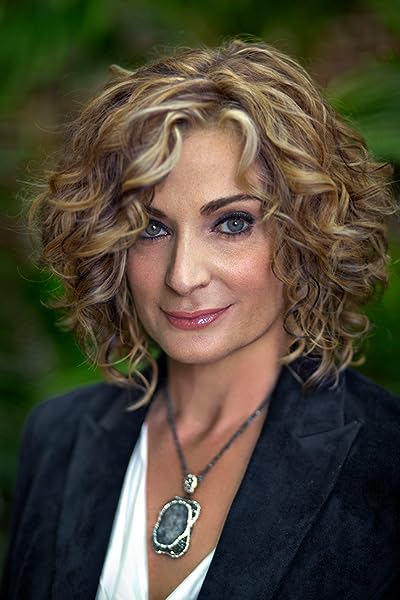 Stella Barcelona has always had an active imagination, a tendency to daydream, and a passion for reading romance, mysteries, and thrillers. She has found an outlet for all of these aspects of herself by writing romantic thrillers. In her day-to-day life, Stella is a lawyer and works for a court in New Orleans. She lives minutes from the French Quarter, with her husband of seventeen years and two adorable papillons who believe they are princesses. She is a member of Romance Writers of America and the Southern Louisiana Chapter of the Romance Writers of America. Her first novel, DECEIVED, was inspired by New Orleans, its unique citizens, and the city’s World War II-era history. Her third novel, JIGSAW, a Black Raven novel, will be released in 2016.

Start reading Shadows: A Black Raven Novel on your Kindle in under a minute.

4.4 out of 5 stars
4.4 out of 5
97 global ratings
How are ratings calculated?
To calculate the overall star rating and percentage breakdown by star, we don’t use a simple average. Instead, our system considers things like how recent a review is and if the reviewer bought the item on Amazon. It also analyzes reviews to verify trustworthiness.
Top reviews

PBJ
2.0 out of 5 stars Warning-Graphic Torture/Violence
Reviewed in the United States on January 10, 2016
Verified Purchase
This is a really hard book to review. The interaction with the heroine & her sister is a great portrayal of living with a person with mental difficulties/autism. However, what I didn't appreciate was being blindsided by the graphic torture scenes. I personally (emphases on personally) don't feel anything was added to the story by the horrors that seemed to go on & on. I get it, he was a really bad dude!!!! If I wanted this sort of thing, I'd watch the nightly news. Unfortunately, made it half way thru, read the last chapter & deleted from my Kindle. Some authors write a disclaimer on their books advising if graphic sex, anti-hero etc. Wish this would have had a mention of GRAPHIC TORTURE/VERY VIOLENT. Just not my idea of a romantic/suspense.
Read more
23 people found this helpful
Helpful
Report abuse

ftbooklover
4.0 out of 5 stars First Black Raven
Reviewed in the United States on April 26, 2019
Verified Purchase
When Black Raven Private Security Contractors is hired to beef up security at several US prisons, Sebastian Connelly, Black Raven's owner, sees this as a way to increase his company's already sterling reputation. However, when there is a jail break the day before Black Raven's systems go online, Sebastian knows that everything he has worked for may be on the line. One of the escapees is a famous computer genius, so Sebastian tracks down his daughter, Skye, hoping she will lead him to her father, but when Sebastian arrives at Skye's bakery, he stops a kidnapping attempt on Skye and her mentally challenged sister, Spring. Skye believes that her father did not escape from prison but was kidnapped for his advanced computer security program. As Skye and Sebastian track her father, they have to fight an attraction that has grown since the first time they met.
Shadows contains a well thought out mystery that includes the timely issue of government surveillance and how much is too much. Both of the main characters are very likable, and Spring's personality adds to the story. Overall, a very good read.
Read more
One person found this helpful
Helpful
Report abuse

Cindy O
4.0 out of 5 stars New series that had a lot of unique things about it that made it different
Reviewed in the United States on April 24, 2015
Verified Purchase
Shadows kicks off a new series that is loosely tied to the authors first book Deceived which was a fabulous debut book.

Main premise for the series is the private security group called Black Raven which is owned and run by Sebastian Connelly. When the federal prison they were setting up security for is hacked and a group of prisoners escape Sebastian mission is to make sure all the prisoners are recaptured and returned especially Richard Barrows who was serving time for tax evasion but is also one the world smartest men but also a huge conspiracy theorist. The author lets us as the reader know there is a lot more going on that just a prison break but Sebastian and his team don’t believe that’s it anything more than a man who wanted out of prison.

Richard has two daughters. One is as smart as he is and the other suffers from a few different disorders. When Skye gets a message from her father she knows bad things are about to happen and tries to take her sister and run. Before they can get away Sebastian and his team catch up to them and things go from bad to worse as someone wants the girls to use as leverage to make their father give up codes to a program that would have devastating consequences if in the wrong hands.

The concept of a private security group isn’t a new one but how this group is run had a lot of unique things about it that made it different. The two main leads – Skye and Sebastian were defiantly not your normal romantic suspense couple.

I was impressed with the first book I read from this author and looked forward to her second book and I wasn’t disappointed. She writes stories full of intrigue and fast paced plots that keep you on the edge of your set.
Read more
6 people found this helpful
Helpful
Report abuse

InMyOpinion
5.0 out of 5 stars Off the charts crazy delicious! Sebastian "Mr. I know foreplay" is not to be missed.
Reviewed in the United States on October 26, 2016
Verified Purchase
Great dialogue - tremendous action - passionate ride on a roller coaster of emotions! For those who want fluff - stay home. Just want body parts slapping? - move along. This read is for those who long for characters whose motivations match their actions and wring from your heart every last feeling for them. The violence is graphic- not for the faint of heart. I confess to skimming the more hideous scenes. For those who are bored silly by most of what is written these days - don't miss this one! Shadows sizzles.
Read more
4 people found this helpful
Helpful
Report abuse

Le Dragon
5.0 out of 5 stars Action. Danger. Conspiracy!
Reviewed in the United States on May 31, 2015
Verified Purchase
All on my list of favorite things.

Cataclysm. Run. Now! And run they did.

Skye had enough on her plate without receiving the cryptic message. The message to turn her colorful and carefully piloted world upside down, and then that man stepped in to rock the now unstable foundation.

Sebastian is a no nonsense, take no prisoners, my way or the highway kind of in control man. His mission should have been made easier when he located his targets children, but after such a bright start, it went down hill fast. And not only does he have to track a fugitive, and face a mad man, but he's in serious danger of loosing the heart he won't admit he has.

I'm looking forward to JIGSAW. Cannot wait to see what trouble Zeus will find himself in at the hands of the diabolical Stella Barcelona.
Read more
2 people found this helpful
Helpful
Report abuse

Amazon Customer
4.0 out of 5 stars Had to remind myself to breathe!!!
Reviewed in the United States on June 16, 2015
Verified Purchase
during some scenes. Suspense, tension, tension. Loved it, The only problem the love scenes were so good, was looking forward to more. Loved seeing lead character's personality in intimate moments, loved him. This author makes you work for it, certainly not complaining. Brava! Please keep writing need a shorter span between books just saw the next release is 2016. What will we do until then!!!!!!!!!
Read more
3 people found this helpful
Helpful
Report abuse

Patricia Ayres
5.0 out of 5 stars Jigsaw is AMAZING!
Reviewed in the United States on February 11, 2017
Verified Purchase
Stella Barcelona has a fantastic writing style! Jigsaw was and is utterly amazing for a beginning writer. This is the first book of hers that I have purchased and after reading it, I will buy everything she writes - she's that GOOD.

Thanks Stella, for adding to my world.
Read more
2 people found this helpful
Helpful
Report abuse
See all reviews

elizabeth rainbird
5.0 out of 5 stars Stella Barcelon (Iblack Raven book 1)
Reviewed in Australia on May 24, 2015
Verified Purchase
This is a fantastic suspense book by a fairly new author I recommend everyone to read it, it contains everything, romance,suspense
I could not put it down until I had finished it.
Read more
Report abuse
See all reviews
Pages with related products. See and discover other items: karen rose