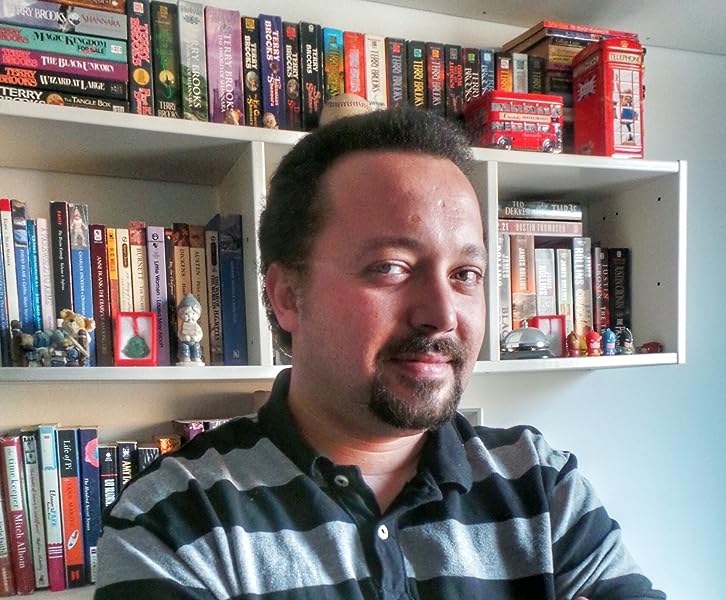 "I read the first in this series, Children to the Slaughter, and had to get the rest right away! This is one the best I've gotten. The horror story in this small town has historical and modern aspects. The characters are well fleshed out, like able and interesting. Carter returns to Millington after years of psychological scrutiny determined to find his sister, who was taken in front of him. What he confronts is a conspiracy of horror. Great read!" -Sydney L.

"This book is awesome I started reading and didn't want to put it down well worth buying." -Reader

"This book was filled with twists and turns and I enjoyed every motion." -Sonia

"Awesome read. Keeps you on the edge of your seat." -Reader

"The story is wonderfully scary. The dead skin, rotting breath, and boney hands make a new appearance and are creepy as can be...If you like eerie stories about what happens to the missing children, then this is a wonderful series to read or listen to. It is a great story. With a bonus of the next book teaser, I know I am hooked. Can't wait to read more from A. I. Nasser." -Vicki G.

"A. I. Nasser is a talented writer delivering a seriously kickin' series in the Slaughter Series." -Reader

"Another great book in this series. The series is coming along very nicely. Can't wait for the third book in the series." -Tam

"Boy, just breezed through this 2nd novel in the series! Some really good writing's and holding the plot together with the first story. The storyline of the first one revolving around a man who is murdered but is innocent of the crime is just continued very well. Oh, almost forgot. There's a tree that likes to eat people! Keep keeping it spooky!" -Maureen

"Another thriller by A.I Nasser, the way he describes the characters, their emotions and the environment really takes you there!" -Reader

"This isn't easy for me.

The truth is, I've been meaning to tell you all about this a long time ago, but the timing was never right. In retrospect, I doubt there ever was a proper time. Maybe, I was trying to avoid this as much as possible. Maybe, I didn't want you involved in any way. I really can't tell you for sure what my reasons were, but what I can tell you is that I love you, and I would do anything to protect you.

It may not seem like it after you hear what I have to say, but I need you to believe me. It's the truth, even if it's hard to fathom right now.

You have to understand, this was not something any of us chose. This was a burden we had to bear for decades. A deal which had been struck before my time or my father's time. For generations, our family has been forced to uphold an agreement that had been struck to protect our own.

That thing you saw, the monster that did this to Alan, it's real. I can't begin to understand what you are going through, because I have never seen it before, nor would I want to. I had always hoped it would never come to this. I prayed your only involvement with that thing would be as far as my involvement has been until now. But, it cannot be helped anymore.

It has a name, though, a name we only whisper amongst each other; one we avoid whenever possible. It's as if speaking the name would give it power, and it already has too much of that to begin with. We've deleted the name from our records, wiped out the monster's very existence, hoping one day we could find a way to rid this world of it and pretend it had never existed to start with.

Its name is Copper Tibet."

At the age of four, Ahmed I. Nasser's parents decided that the best way to keep a hyperactive child occupied was to teach him how to read and constantly bombard him with books. Since then, the world of imagination has constantly consumed him. He quickly decided that the only way to feel fulfilled was to spend his time writing one story after the other, even opting out of a career as a pediatrician, despite ten years of struggling through med-school. Influenced by Stephen King, Neil Gaiman and Terry Pratchett, he has been writing since the age of 12 while travelling the world with his family. Now, finally settled in Egypt, he divides his time between teaching Middle School English Literature and finding the best ways to scare his family and friends.
Read more