Sold by: bargainbookstores-
Add to Cart
$7.70
+ $3.99 shipping
Sold by: tabletopart
Have one to sell?
Sell on Amazon 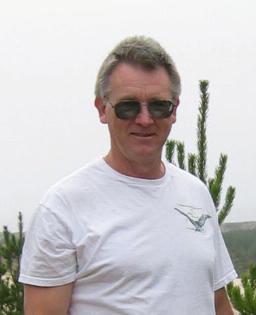 Shadows of the Empire illuminates the shadowy outlines of a criminal conspiracy that exists in the background of the events in the movies, ruled by a character new to us. Prince Xizor is a mastermind of evil who dares to oppose one of the best-known fictional villains of all time: Darth Vader. The story involves all the featured Star Wars movie characters, plus Emperor Palpatine and, of course, Lord Vader himself.

"Shadows of the Empire illuminates the shadowy outlines of a criminal conspiracy that exists in the background of the events in the movies, ruled by a character new to us. Prince Xizor is a mastermind of evil who dares to oppose one of the best-known fictional villains of all time: Darth Vader. The story involves all the featured "Star Wars movie characters, plus Emperor Palpatine and, of course, Lord Vader himself.

Steve Perry is an author and television writer. A native of the Deep South, he is the author of more than 50 novels and numerous short stories, including The Forever Drug, Spindoc, The Trinity Vector, and the Matador series. He also penned books for the Alien, Conan, and Star Wars franchises. A practitioner of the martial art Silat, he is the father of science fiction author S. D. Perry.

He looks like a walking corpse, Xizor thought.  Like a mummified body dead a thousand years.  Amazing he is still alive, much less the most powerful man in the galaxy.  He isn't even that old; it is more as if something is slowly eating him.

Xizor stood four meters away from the Emperor, watching as the man who had long ago been Senator Palpatine moved to stand in the holocam field.  He imagined he could smell the decay in the Emperor's worn body.  Likely that was just some trick of the recycled air, run through dozens of filters to ensure that there was no chance of any poison gas being introduced into it. Filtered the life out of it, perhaps, giving it that dead smell.

The viewer on the other end of the holo-link would see a close-up of the Emperor's head and shoulders, of an age-ravaged face shrouded in the cowl of his dark zeyd-cloth robe.  The man on the other end of the transmission, light-years away, would not see Xizor, though Xizor would be able to see him.  It was a measure of the Emperor's trust that Xizor was allowed to be here while the conversation took place.

The air swirled inside the Imperial chamber in front of the Emperor, coalesced, and blossomed into the image of a figure down on one knee.  A caped humanoid biped dressed in jet black, face hidden under a full helmet and breathing mask:

Vader spoke: "What is thy bidding, my master?"

If Xizor could have hurled a power bolt through time and space to strike Vader dead, he would have done it without blinking.  Wishful thinking: Vader was too powerful to attack directly.

"There is a great disturbance in the Force," the Emperor said.

"We have a new enemy.  Luke Skywalker."

Skywalker? That had been Vader's name, a long time ago.  Who was this person with the same name, someone so powerful as to be worth a conversation between the Emperor and his most loathsome creation? More importantly, why had Xizor's agents not uncovered this before now? Xizor's ire was instant--but cold.  No sign of his surprise or anger would show on his imperturbable features.  The Falleen did not allow their emotions to burst forth as did many of the inferior species; no, the Falleen ancestry was not fur but scales, not mammalian but reptilian.  Not wild but coolly calculating.  Such was much better.  Much safer.

"He could destroy us," the Emperor said.

Obi-Wan.  That name Xizor knew.  He was among the last of the Jedi Knights, a general.  But he'd been dead for decades, hadn't he?

Apparently Xizor's information was wrong if Obi-Wan had been helping someone who was still a boy.  His agents were going to be sorry.

Even as Xizor took in the distant image of Vader and the nearness of the Emperor, even as he was aware of the luxury of the Emperor's private and protected chamber at the core of the giant pyramidal palace, he was also able to make a mental note to himself: Somebody's head would roll for the failure to make him aware of all this.  Knowledge was power; lack of knowledge was weakness.  This was something he could not permit.

The Emperor continued.  "The Force is strong with him.  The son of Skywalker must not become a Jedi."

"If he could be turned he would become a powerful ally," Vader said.

There was something in Vader's voice when he said this, something Xizor could not quite put his finger on.  Longing? Worry?

There was the briefest of pauses.  "He will join us or die, Master."

Xizor felt the smile, though he did not allow it to show any more than he had allowed his anger play.  Ah.  Vader wanted Skywalker alive, that was what had been in his tone.  Yes, he had said that the boy would join them or die, but this latter part was obviously meant only to placate the Emperor.  Vader had no intention of killing Skywalker, his own son; that was obvious to one as skilled in reading voices as was Xizor.  He had not gotten to be the Dark Prince, Underlord of Black Sun, the largest criminal organization in the galaxy, merely on his formidable good looks.  Xizor didn't truly understand the Force that sustained the Emperor and made him and Vader so powerful, save to know that it certainly worked somehow.  But he did know that it was something the extinct Jedi had supposedly mastered.  And now, apparently, this new player had tapped into it.  Vader wanted Skywalker alive, had practically promised the Emperor that he would deliver him alive--and converted.

This was most interesting.

The Emperor finished his communication and turned back to face him.  "Now, where were we, Prince Xizor?"

The Dark Prince smiled.  He would attend to the business at hand, but he would not forget the name of Luke Skywalker.
Read more