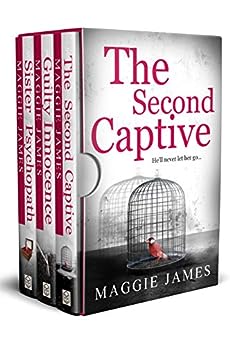 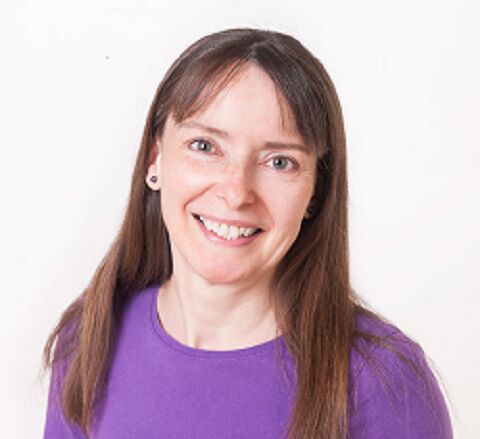 by Maggie James (Author) Format: Kindle Edition
See all formats and editions
Sorry, there was a problem loading this page. Try again.

Beth Sutton is eighteen years old when Dominic Perdue kidnaps her. Held prisoner in a basement, she’s dependent upon him for food, clothes, and her very existence. Beth never allows herself to forget that her abductor killed his last captive. She has evidence to prove it, as well as Dominic’s own admission of murder.

And discovers Dominic Perdue is not a man who lets go easily. Meanwhile, despite being reunited with her family, she spirals into self-destruction. Release from her prison isn’t enough, it seems. Can Beth free her mind from Dominic’s grasp before he recaptures her?

Because if he does, he’ll kill her…

A study of emotional dependency, The Second Captive examines how the mind makes dark choices under duress.

A decade after eleven-year-old Mark Slater’s conviction for killing another child, he’s finally released on parole. Only the twisted and violent Adam Campbell, also sentenced for Abby Morgan’s murder, knows the truth – that Mark played no part in her death.

Four years later Mark’s girlfriend is shattered when she discovers his grim past. With his protective cover blown, Mark’s need to confront the injustice of his sentence becomes overwhelming. Meanwhile circumstances have thrust him back into contact with Adam Campbell, who has become even more domineering and chilling. Can Mark rewrite history and confront his demons?

A gritty novel examining child murder and dysfunctional families, Guilty Innocence tells of one man’s desperate struggle to break free from his past.

When they were children, Megan adored her younger sister. Now she suspects Chloe is a psychopath, who may be guilty of murder. Megan has no proof, however.

After their mentally ill mother becomes increasingly unstable through Chloe’s manipulations, events take an ugly twist. Chloe is out of control, and there’s little anyone can do about it. Until her actions threaten the life of Toby, the man Megan adores but from whom she’s hiding a tragic secret.

Threatened with losing everyone she loves, can Megan stop Chloe before she kills again?

A study of sibling rivalry and dysfunctional relationships, Sister, Psychopath tells of the damage inflicted on one woman by her own family.

Maggie James is a British author who lives near Newcastle. She writes psychological suspense novels.

Before turning her hand to writing, Maggie worked mainly as an accountant, with a diversion into practising as a nutritional therapist. Diet and health remain high on her list of interests, along with travel. Accountancy does not, but then it never did. The urge to pack a bag and go off travelling is always lurking in the background! When not writing, going to the gym, practising yoga or travelling, Maggie can be found seeking new four-legged friends to pet; animals are a lifelong love!

Sign up for Maggie's Special Readers' Group for the chance to win one of her signed paperbacks! Copy and paste this link into your browser: http://eepurl.com/bzW8ZP

Find out more about Maggie, including how to get her free novella Blackwater Lake, at https://www.maggiejamesfiction.com.

Misfits farm
5.0 out of 5 stars Stunning, gripping, enjoyable books that will keep you to the very end every time
Reviewed in the United States 🇺🇸 on May 2, 2016
A collection of stunning books from a wonderfully clever and creative author. Every one of Maggie's books grips you until the very end. Each one flows and draws you in.
Guilty innocence: Wow, wow and wow again! Another brilliant book from a superb author!
This book starts with a scenario that reminded me of the Jamie Bulger case in 1993. A delicate subject matter- but do not be put off by this. This is but a part of a case of someone with a dysfunctional childhood who is scared and frightened of most things and gets drawn in when someone pays him attention. There are only a few pages of what happened years before- the rest is about the boy and the man and how things affected him and others that he seeks to help to put right the misdemeanours of his childhood and the guilt for not being strong enough at the time to prevent murder.
Childhood memories reflect in all of us, and more so when stability and love have been absent. Mark realises this slowly in both himself and others and his heart is in the right place, it’s just the other things that need to be put in place to sort out right from wrong, justice from injustice.
Sister psychopath: Chloe is an arrogant, self -absorbed, prepossessing woman who sets her targets on people or items and lets nothing get in her way. The man she has in sight though, has discovered liberty on the other side of the tracks.
Maggie, as ever gets you deep in to the characters, their thoughts and actions, without giving away where the plot is likely to go. Before I read this author I would not have thought that a “psychological thriller” would be my cup of tea at all. Now it comes with a home -made cookie (figuratively and literally!). I had a feeling that I could see where this was going , but only in the last few pages before the reveal, which didn’t impede the story at all.
The second captive: Wow, wow and wow! What a book! This drew me in from the very start despite from the resume knowing what it was about and my mind thinking so what’s likely to happen. Very real characters and fantastic descriptions make this a very “real” read (well done Maggie). You are there feeling Beth’s every thought and move, wondering how she will make her escape. This is one of the best books that I have read in a long time. My only (minor) disappointment is that the brother didn’t act responsibly- but then again if he had we wouldn’t have had such a great read. Can’t wait to read more from this author.
Read more
Helpful
Report abuse

js101
4.0 out of 5 stars You'll love Maggie James!
Reviewed in the United States 🇺🇸 on May 6, 2016
These books will keep you reading late into the night. Don't let the fact that Ms. James is British fool you. The books are very easy to read and the terminology is easy to understand. I know some people want to only read American authors, but I promise, you won't be disappointed in these books. Each novel is a stand alone. My favorite is the Second Captive. Riveting characters and interesting plots in each book. Don't wait. Try them now. You'll love Maggie James!
Read more
Helpful
Report abuse

Candi Silk
5.0 out of 5 stars A Tempting Trilogy of Thrillers
Reviewed in the United States 🇺🇸 on September 22, 2015
Riveting from page one!

Shadows of the Mind is an explosive mix of psychological thrillers saturated with riveting suspense throughout the 776 pages.

I’ve read each of Maggie James’s psychological thrillers, and I enjoyed each page of her work. Each standalone novel is filled with different characters, different setting and circumstances, and different plots, but each carries the consistent high quality writing and brilliant plot execution James is known for and her readers have come to expect and enjoy.

James does a masterful job pulling the reader into the minds of her characters, thus deepening the reading experience for the reader. The combination of His Kidnapper’s Shoes, Sister, Psychopath, and Guilty Innocence is bound to entertain fans of this genre! Five stars and more
Read more
One person found this helpful
Helpful
Report abuse

Michele R. Schumacher
5.0 out of 5 stars Riveting
Reviewed in the United States 🇺🇸 on May 8, 2017
Maggie James is a fantastic story teller. She writes riveting thrillers. This book set catches you on the first sentence and just continues to the last sentence.
Read more
Helpful
Report abuse

RJ NUEVAS
5.0 out of 5 stars I HAVE A NEW FAVE WRITER, AND HER NAME IS MAGGIE JAMES!!!
Reviewed in the United States 🇺🇸 on September 28, 2015
I've just finished reading HIS KIDNAPPER'S SHOES and it blew me away. maggie james understands the psyche of her characters and she paints them wonderfully. the novel has two points of view and maggie james is able to make it not confusing, and in fact, making each character more drawn out and well rounded. there are enough twists and turns as well to make the novel unputdownable.

i can't wait to read the other two novels in this collection.
Read more
One person found this helpful
Helpful
Report abuse

Adrienne
5.0 out of 5 stars Excellent value for money
Reviewed in the United States 🇺🇸 on May 3, 2016
Having fairly recently come across Maggie James's books I am becoming quite addicted. I find the pace pretty fast and by no means predictable. I thoroughly enjoyed "The Second Captive" and if the other two books in this trilogy are anything like it, then it is a set well worth having.
Read more
Helpful
Report abuse
See all reviews

Bex
5.0 out of 5 stars Great books and worth every penny
Reviewed in the United Kingdom 🇬🇧 on November 19, 2019
Verified Purchase
Three fantastic books with excellent quality writing. Kept me entertained for hours. The Second Captive and Guilty Innocence both clearly five star reads. Sister Psychopath was a little slower and not quite as nail biting but still a darn good entertaining read with a twisty ending, a four star read. The box set is worth every penny and highly recommended.
Read more
Report abuse

John Thys
4.0 out of 5 stars A bit of a drag
Reviewed in the United Kingdom 🇬🇧 on June 23, 2016
Verified Purchase
The first two books were very good kept me entertained from beginning to end but the last book I'm sorry to say i found a bit boring and a bit of a drag to finish
Read more
Report abuse
See all reviews
Report an issue
Does this item contain inappropriate content?
Report
Do you believe that this item violates a copyright?
Report
Does this item contain quality or formatting issues?
Report