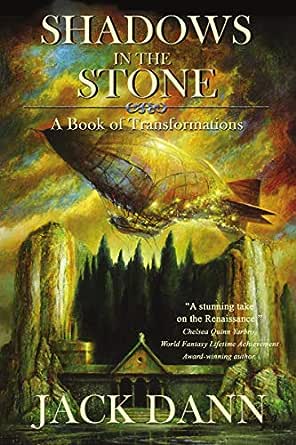 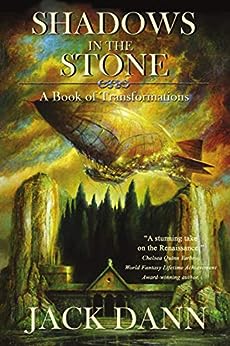 Shadows in the Stone: A Book of Transformations Kindle Edition

Jack Dann has written or edited over seventy-five books, including the inter­­national bestsellers The Memory Cathedral, The Rebel, The Silent, Bad Medicine, and The Man Who Melted. His work has been compared to Jorge Luis Borges, Roald Dahl, Lewis Carroll, Castaneda, Ray Bradbury, J. G. Ballard, Mark Twain, and Philip K. Dick. Library Journal called Dann “…a true poet who can create pictures with a few perfect words,” Best Sellers said that “Jack Dann is a mind-warlock whose magicks will confound, disorient, shock, and delight,” and bestselling author Morgan Llwelyn called his novel The Memory Cathedral “a book to cherish, a validation of the novelist’s art and fully worthy of its extraordinary subject. I can only say Bravo!” Jack is a recipient of the Nebula Award, the World Fantasy Award (twice), the Australian Aurealis Award (three times), the Chronos Award, the Darrell Award for Best Mid-South Novel, the Ditmar Award (five times), the Peter McNamara Achievement Award and also the Peter McNamara Convenors’ Award for Excellence, the Shirley Jackson Award, and the Premios Gilgames de Narrativa Fantastica award. He has also been honored by the Mark Twain Society (Esteemed Knight). He is the co-editor, with Janeen Webb, of Dreaming Down-Under, which won the World Fantasy Award, and the editor of the sequel Dreaming Again. He is the managing director of PS Australia, and his latest anthology Dreaming in the Dark is the first volume in the new line: it won the World Fantasy Award in 2017. Dr. Dann is also an Adjunct Senior Research Fellow in the School of Communication and Arts at the University of Queensland. Jack lives in Australia on a farm overlooking the sea. You can visit his website at www.jackdann.com and follow him on Twitter @jackmdann. --This text refers to an alternate kindle_edition edition.

Rob Gerrand
5.0 out of 5 stars A masterpiece of medieval fantasy
Reviewed in the United States on December 18, 2019
Jack Dann's new novel, Shadows in the Stone, is a masterly exploration of the nature of innocence and knowledge, set in a Florence at the time of the Borgias, where this earthly world is a creation of Satan, and the battle rages between humans, aeons and angels for the souls of all.

It's also a fantastic adventure story, and a wonderful book, in both senses of the word.