You've subscribed to Guernica World Editions! We will preorder your items within 24 hours of when they become available. When new books are released, we'll charge your default payment method for the lowest price available during the pre-order period.
Update your device or payment method, cancel individual pre-orders or your subscription at
Your Memberships & Subscriptions
There was an error. We were unable to process your subscription due to an error. Please refresh and try again. 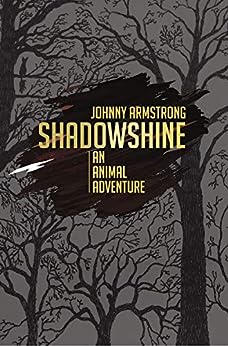 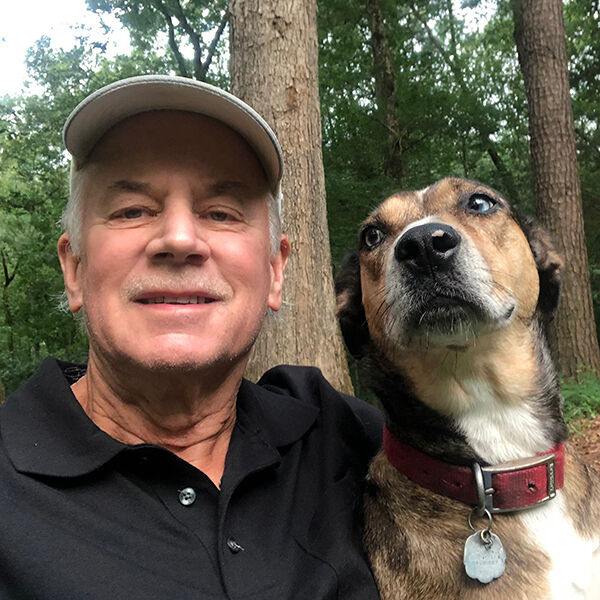 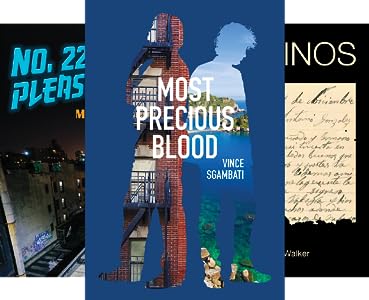 On a quest to rescue his community from a fiery demise, Zak the poet-possum seeks assistance from rodent clans in the North and sets out on a journey into a vast and forbidding forest. But separated from his own surroundings and his wise bob-cat companion, Sena, he quickly loses all sense of direction and becomes hopelessly lost in an ancient wilderness. Here, Zak enters a world of self-discovery as he struggles to survive starvation, wolf predation, drowning, illness and ice. Meanwhile, the forest-folk comrades he left behind suffer the menace of drought, wildfire and the malicious deeds of Mungo, an indomitable villain actively ravaging precious ecosystems. As Zak's feathered and furry friends await such an uncertain future, they formulate the theory that Mungo and the others of his species have lost cognizance of what they are, causing them to become "familiar" and bring havoc upon the forest - all, because they were never taught to use their noses as a reference. But unbeknownst to everyone, the havoc originates inside a dark world whose terrifying resident has, itself, become familiar; and Zak will have a key role in events that ultimately end in a savage showdown. --This text refers to an alternate kindle_edition edition.

Conservationist and retired medical doctor (pathology), Johnny Armstrong and his wife Karen and Opal (k-nine) live within a Nature Conservancy protected old-growth forest and woodland near Ruston, Louisiana. Shadowshine is his first novel. --This text refers to an alternate kindle_edition edition.

Jamie
5.0 out of 5 stars Thoughtful
Reviewed in the United States on March 12, 2020
Verified Purchase
This is a great book by a physician with a passion for the earth. His book makes us take another look at how we treat each other and the world around us.
Read more
Helpful
Report abuse

McCoy
5.0 out of 5 stars A Must Read!
Reviewed in the United States on May 21, 2019
Once in a great while, a book comes along that is so unique, so brilliantly written and so impossible to put down that it belongs in a category all its own. "Shadowshine" is, to me, one of those books. It could be compared to "Watership Down," I suppose, but it's more than that. True, this book is an animal adventure but it's also a perfect blend of literary and popular fiction, with three-dimensional, complex characters moving along a well-crafted plot that kept me engrossed and reading long after I should have been asleep. Zak, Sena and the other forest folk became dear friends, while the unfeeling and destructive humans were creatures I'd cross a continent to avoid. I won't give away any spoilers. I'll just urge parents to order two copies of "Shadowshine": one for their adolescent children and one for themselves...to be shared with others who appreciate excellent fiction that happens to contain a powerful message.
Read more
4 people found this helpful
Helpful
Report abuse

LitPick Book Reviews
4.0 out of 5 stars It speaks to the earth issues of today
Reviewed in the United States on February 21, 2020
Zak, the main character of Shadowshine: An Animal Adventure, is a possum who lives in a prehistoric forest. Because of his unique ability to speak in both the tongues of the rodents and “forest folk," he serves as a liaison between animal species. Known as “The Poet," Zak has the important job of presiding over animal wedding ceremonies. On his journey through the prehistoric forest with his wise bobcat friend, Sena, Zak hears troubling news. A mouse and then an owl warn him that humans, new creatures to the forest, are setting fires that are burning down the trees. In an attempt to stop the malicious acts of Mungo, the leader of these destructive humans, before they reach his home, Zak sets off on a quest to get help from the animals of the North. On his adventures, he learns many lessons and meets new animal friends, but he also becomes lost and faces many dangers in the unknown regions of the forest. Will Zak be able to triumph over the perils he faces? Will he be able to stop Mungo before he burns down the entire forest?

Opinion:
Shadowshine is a very unique book. It is set in the period when humans first appeared on earth, but it speaks to the environmental issues of today. The author paints such vivid pictures of Zak’s animal friends and their surroundings that I sometimes felt as if I were traipsing through the forests with him. This book explores several thought-provoking themes. It discusses evolution, emphasizing that an acceptance of death is necessary for the functioning of the food chain and for overall equilibrium in the natural world. It stresses the power of communication, coexistence, and perseverance. Last, it exemplifies the power of unity when facing a common enemy. To me, this book is especially valuable because it addresses the pressing issue of human impact on the natural world from the perspective of the animals most affected by it. It has a message everyone should hear, but much of the vocabulary is likely over the heads of most children and even some young adults. Therefore, I recommend this book primarily to adults who have a passion for the natural world and are interested in an allegorical story about human impact on the environment.
Read more
Helpful
Report abuse

Sharon K Patterson
5.0 out of 5 stars Excellent read on so many levels
Reviewed in the United States on May 8, 2020
I really enjoyed this book on so many levels. First, it is an engaging eloquent often amusing adventure story set in prehistoric times with delightful animal characters. The central character, Zak, is lovable and at times very funny. The story is interwoven with a powerful environmental message without being overbearing or preaching. This environmental message is imperative in our times and reflects the author’s deep commitment to conservation of our natural world. It’s a message that all of us need to take to heart.
Even though Zak, the central character, is said to be 48 years old in the story, I often found myself thinking of his experiences having a lot in common with an indigenous walkabout, vision quest or heroes’ journey.
All told, this book is amazing by any standards, even more so as it is the author’s first published novel at an age when most people have retired to passivity. It is a well written page turner. I highly recommend it.
Read more
Helpful
Report abuse

Cajun Joe
5.0 out of 5 stars A delightful story with a serious message
Reviewed in the United States on August 22, 2019
I read this book several weeks ago and it keeps playing out in my mind. That's what a good plot with a message is supposed to do and Mr. Armstrong pulls this off flawlessly. It's a book about animals, but it's not a children's book, though I would recommend it to readers of all ages. It's a book that addresses the very real problem of what we as humans are doing to the environment and to its four-legged inhabitants--who have as much right to be here as we do. But don't take my word for it. Grab a copy, kick back and bury yourself in this fine story.
Read more
Helpful
Report abuse

sennehp
5.0 out of 5 stars A must read—hugely entertaining and thought provoking—the best combination.
Reviewed in the United States on May 4, 2020
Shadowshine is not only immensely entertaining, it also provides a much deeper commentary on the environmental damage that humans, or “sans-palages,” continue to wreck on the environment. The story is told from the perspective of the forest folk, and from such a perspective, offers great insight into the narrow and short view of the human race. It is impossible not to fall in love with the characters and enjoy every minute of the adventure. A must read—hugely entertaining thought provoking—the best combination.
Read more
Helpful
Report abuse

Peggy M.
5.0 out of 5 stars Shadowshine is a delightful and captivating read
Reviewed in the United States on April 4, 2020
"Shadowshine is a delightful and captivating read that weaves a tale of great adventure with unique and entertaining characters called forest-folk. The main character, Zak, a 48-year-old possum, is mesmerizing and wise beyond his years. The author brilliantly develops the magnificent personality of each character, enabling the reader to journey vicariously with them through their mysterious and undisturbed forest. Armstrong's style is original, ingenious, and, eloquent--I hope we see more of his work!
Penny
Read more
Helpful
Report abuse
See all reviews
Back to top
Get to Know Us
Make Money with Us
Amazon Payment Products
Let Us Help You
EnglishChoose a language for shopping. United StatesChoose a country/region for shopping.
© 1996-2021, Amazon.com, Inc. or its affiliates