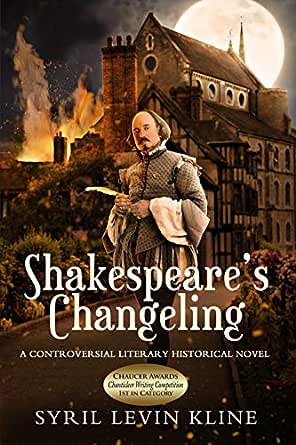 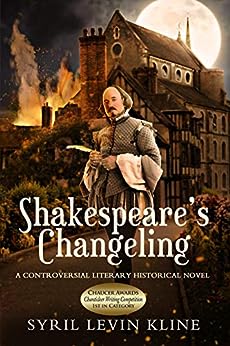 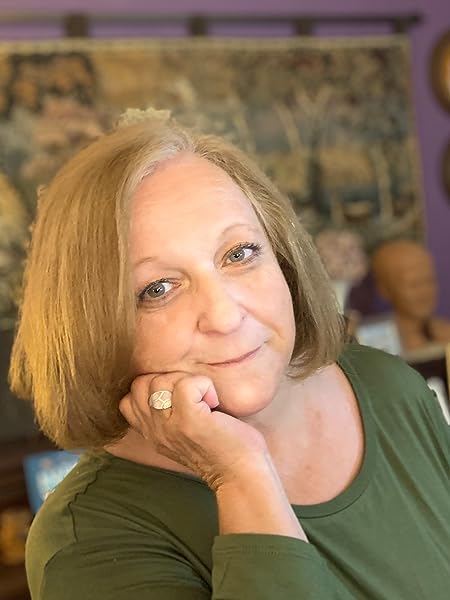 Syril Levin Kline is an educator, journalist, theater director, and performer who believes that challenging academic orthodoxy can lead to new insights and discoveries that enhance all fields of learning. She believes that writers create within the context of their experience and that by helping students connect an author with his or her work, we can enable them to see relationships between their own learning, thinking, and writing. For too long, Shakespeare's true identity has remained an intriguing mystery to students and teachers. In her novel, Syril breathes new life into the literary world of Elizabethan England, enlightening readers with the many connections between the life of the 17th Earl of Oxford and the Shakespeare canon. --This text refers to the paperback edition.

Explore the controversial depths of the Shakespeare authorship in my award winning, fast paced and easy-to-read novel. Based on documented biographical events, readers will be entertained and informed and move beyond the sketchy and disconnected biography of the Bard taught in school.
Genius is only a factor of elitism when elitism includes a superior education. This was as true in Elizabethan England as it is in our own time.
--This text refers to an alternate kindle_edition edition.

"Kline keeps the pages turning . . . the result is a thoroughly researched, convincing interpretation of one of the major theories of Shakespeare authorship that is likely to keep readers engaged . . . a lively interpretation that will win Oxfordian approval and may even convince Stratfordians to suspend disbelief and enjoy it."--Kirkus Reviews

FIRST PLACE WINNER 2014 CHAUCER AWARD FOR HISTORICAL FICTION IN ELIZABETHAN/TUDOR CATEGORY
--This text refers to an out of print or unavailable edition of this title.
Read more

Chanticleer Book ReviewsTop Contributor: Historical Fiction Books
5.0 out of 5 stars Shakespeare’s Changeling is an intriguing historical novel that suggests an alternative truth about the renown playwright.
Reviewed in the United States on April 6, 2016
Verified Purchase
A debate has long existed among Shakespearean scholars about the authenticity of the playwright’s works. Author Syril Levin Kline is well versed in this subject. Kline presents a credible version of what might have happened back in the 1500s to account for the belief that someone other than William Shakespeare wrote his famous plays.

The novel’s premise arises from a decree of the time that no aristocracy may debase themselves by being involved in commoner pursuits, such as the theater. That doesn’t work for Lord Oxford, a passionate poet and playwright, who is also passionate about Queen Elizabeth. They secretly marry and conceive an heir to the throne, which haunts them beyond their deaths. But because of their liaison in life, Queen Elizabeth allows Oxford to indulge in his art behind the mask of another’s name.

That person is Oxford’s devoted secretary, William Shaxper—an ambitious nobody enamored with the theater, who weasels into Oxford’s graces and rises from “bucolic obscurity” to Oxford’s business partner and official impostor. The ruse lasts for decades; and even when old Shaxper is dying, he is unable to confess his role because of the constant twists and turns of the times.

What times they were—war, plague, rebellion, court intrigues, tortures, and hangings for sins and alliances that changed with the wind. In this era, plays, which we know today as just another medium of entertainment, were used as political weapons. So the masquerade risked dangerous consequences.

The story is told from Shaxper’s viewpoint with occasional switches to other key players.These shifts allow the plot to proceed sequentially and build suspense. The writing is adept, and the narrative is compelling.

The novel is enriched with extracts from Shakespeare’s works and supported by meticulous research. It takes the reader back centuries to the origin of our literary culture, at the same time amusing us with human strengths and frailties that haven’t changed a whit, and presenting serious things to think about.

"Shakespeare’s Changeling" is historical fiction at its finest, while making a strong case for the story being historical fact.
Read more
5 people found this helpful
Helpful
Comment Report abuse

Susan Chovanec
1.0 out of 5 stars so disappointing
Reviewed in the United States on July 3, 2020
Verified Purchase
Before Covid I always got my books from the local library but now I am having to purchase them and while I could always just stop reading a library book, I HATE to pay money for a book and not read it. Well after plodding thru half of this one, not wanting to waste my money, I've had it. Gee other people gave it great reviews and it would seem to have an interesting plot but I think the writing is just bad. Many paragraphs read like a rendition of historical facts. Very little dialogue. I was not too interested in the premise of who actually wrote the Shakespear plays but being a fan of historical fiction, I figured this could still be an interesting read - I was wrong - it won an award? maybe for middle school fiction?! I suggest you skip it.
Read more
One person found this helpful
Helpful
Comment Report abuse

Robin
5.0 out of 5 stars A wonderful book!
Reviewed in the United States on March 27, 2018
Verified Purchase
A beautifully-crafted tour back in time to the elusive mysteries of the now nearly-forgotten world of Elizabethan England. Syril Levin Kline paints a vivid picture of those historical characters who were then the major players in what we today call, ‘The Shakespeare Authorship Question.’ Very plausible.

So much in our current lives prevents us from imagining the motivations behind behavior back then. For example, the need to hide behind a pen-name?!? Unfathomable. Not to mention the drama of mistaken identities that could arise from that. Her book adds to our understanding of not only those who inhabited that era, but also what, in Ms. Levin Kline’s research-supported imagination, led to the current day’s authorship dilemma. It’s a fascinating and delightful journey. — Robin Phillips
Read more
One person found this helpful
Helpful
Comment Report abuse

I got a kick out of Shaxper--the small-beer-drinking, half-wit, know-it-all. Especially when he dared to dream he had a shot with the man's last wife.
Read more
3 people found this helpful
Helpful
Comment Report abuse

sun27cap
3.0 out of 5 stars It was easy to read
Reviewed in the United States on June 9, 2016
Verified Purchase
An interesting take on the De Vere/ Shakespeare controversy, reminiscent of the movie, 'Anonymous'. However, some of the situations were forced, in light of known events. It was easy to read, and engaging throughout.
Read more
2 people found this helpful
Helpful
Comment Report abuse

M. Kline
5.0 out of 5 stars Couldn't put it down
Reviewed in the United States on February 3, 2014
Verified Purchase
I was impressed with the author's ability to weave together such a complicated plot without losing the reader (on the contrary, I was on the edge of my chair and couldn't wait to find out what happened next).
The style was also impressive, with Elizabethan vocabulary and tone used to set the scene, again without losing the modern reader.
Read more
7 people found this helpful
Helpful
Comment Report abuse