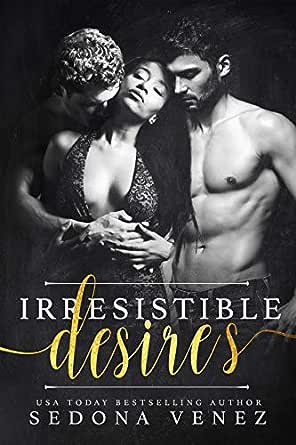 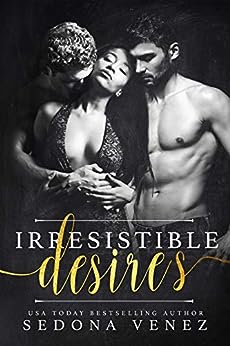 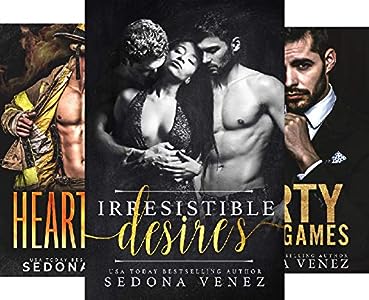 Kindle Customer
5.0 out of 5 stars Shamefless
Reviewed in the United States on March 14, 2019
Verified Purchase
I absolutely enjoyed reading this book. There is no other like it. I loved the kink and would love more. If you search M.F.M. interracial menage romance, this is the only book that gives a complete relationship type romance. Well done, I would love more ;-)
Read more
One person found this helpful
Helpful
Comment Report abuse

ELIZABETH D.
5.0 out of 5 stars Please tell me you'll write more MFM books!
Reviewed in the United States on October 29, 2018
Verified Purchase
You said this book was the first MFM book you have written. PLEASE write more. I LOVED the length of the explicit scenes, and angst and HEA.
Read more
One person found this helpful
Helpful
Comment Report abuse

Literary_Spirit
3.0 out of 5 stars Meh...
Reviewed in the United States on January 29, 2020
Don’t get my headline twisted, Ms. Venez is a solid writer. However, I found myself becoming annoyed with all of Keira’s unnecessary inner monologue. Every time I thumbed the screen this chick was going on and on, stating and then restating her beliefs and feelings. We get it, you want your back blown out, but without being the slut that your parents always warned you of becoming.

I mean it was sooo bad that when either Jax or Sebastian asked her a question, I had to skim through pages of her mental self reflection—that she spewed all over the screen of my phone like a rapidly firing anus filled to the brim with explosive diarrhea—in order to get the answer to their question! (See what I did there? I’m sure Keira would be proud.)

Anyhoo, after all of the word fillers disguised as self-reflection and shoddy character building, all this story is left with is a plot that’s no thicker than one ply toilet paper and maybe one smokin’ hot sex scene between three two dimensional characters.

Ida
VINE VOICE
3.0 out of 5 stars Scratched the surface
Reviewed in the United States on April 26, 2020
I got the Guilty Pleasures bundle and after having read and reviewed the first book, My Billionaire CEO I have the same thing I need to bring up for Shameless Desires. Since I’ve chosen to read this book knowing to some extent what it was going to be about I’ll try not to let my own preferences and prejudices affect my rating of this book. I am not that into dom/sub or any other kinky themes so you can probably understand that this book wasn’t my cup of tea. So why did I decide to read it? For two reasons. One being that I am open to try to read something new or something I am a bit judgmental about. You know, to open my horizons a bit and see if maybe my opinion will change. The second reason is that I am a hopeless romantic and I hoped for some intense romance and drama in Shameless Desires.

Let’s start of with the main focus to the story, the sexual plays. As I predicted that just was not for me, however it was handled more ... delicately, shall we say, than I excepted and that is a big plus. While the whole dom/sub situation with whips and toys and all that is just a huge turn off for me I did like the emotions it brought forth from the characters, with the guys still being respectful and compassionate in it all, as well as Kiera opening up and finding trust in the guys in the situation. So in short, I didn’t necessarily like the kink, but I liked the more emotional interactions between them taking place.

Sadly, even with them getting along and connecting on some level, the romance had more to desire. It was a lot more about sex than anything else and that’s really where the story lost me. I understand that that was what this story was about, however it really needed more than that especially at the ending where it was trying to convince me that they were in love and their whole arrangement were all honey and roses. It needed a bit more depth throughout the book and perhaps some sort of conflict they had to work through being a trio. There were some signs that not all was fine and dandy with some jealousy showing up which I liked, but this was never really acknowledged or used to develop the plot with.

For this to be the perfect book I would have liked to see some more characterization and that depth to the plot to really help me feel like these three was starting to develop feelings for each other and feel that impactful and intense romance the ending brags about. That also would have also made the ending much more sweeter and satisfying. As it is now it only scratched the surface. All in all, minus my own prejudices, Shameless Desired lands at three stars for me.

valeen
VINE VOICE
4.0 out of 5 stars great ménage story
Reviewed in the United States on November 24, 2018
When Keira runs into one of the men with whom her roommate came home, she's intrigued by the promise he gives her when he leaves his card underneath her door. Then when she finally takes him up on his offer and goes to his club, he and his business partner and brother from another mother, Master Jax, are set on claiming her. Will Keira allow herself to open up and submit to them? Or will her innate shy nature keep her from experiencing the true pleasure she could experience with the two Doms?

This is a great ménage story. I wish it had been a little longer, so I could enjoy more time of the three being together in a committed relationship, but aside from that I really liked Shameless Desires. It's balanced fairly well between the physical and the emotional, and all three of the leads are interesting, likable characters who are well drawn for the most part. I am looking forward to more from this author after reading this story.

I received a free copy of this book via Booksprout and am voluntarily leaving a review.
Read more
One person found this helpful
Helpful
Comment Report abuse
See all reviews