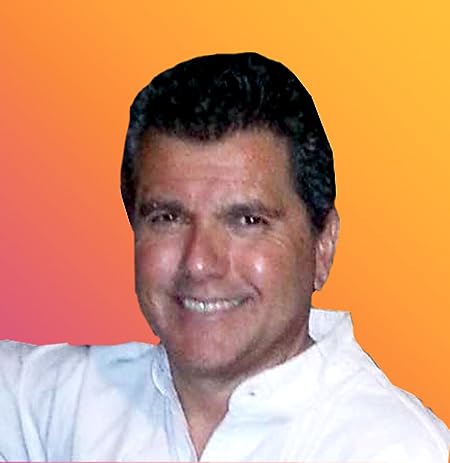 Growing up in the turbulent 60's and 70's, as an only child, I witnessed what seemed like a world going mad. My family lived in Los Angeles, which was then the epicenter of racial tensions, resulting from social and economic friction, between Whites, Latinos and African Americans. I have early recollections of my father keeping a rifle and pistol within reach, out of fear that our suburban neighborhood would eventually be consumed by the violence we watched unfolding all around us each week, on our small black and white television.

In 1974, The Vietnam war ended, just short of my 18th birthday, but prior to that, my father, in an effort to protect his only son from combat, was studying how to sneak me off to Canada, were I to have been called into service. My subset of the Baby Boomer generation also lived through the assassinations of JFK, that of his brother Robert as well as the Rev. Martin Luther King. Many of us were too young to understand the implications, but the shock and fear etched on the faces of our parents foretold a narrative that we would only begin to understand many years later.

During my rebellious years, like most of my peers, I experimented with drugs, which then, just seemed like an innocent, generational shift away from the norms of our parents. But our innocence was eventually shattered, as many of our cultural icons began to fall victim to the destructive, drug dependent lifestyle, that for so many, became a legacy of those tumultuous years. Jimmy Hendrix, Van Morrison, Janice Joplin and many other zeitgeist heroes, dropped from their thrones, making our parents' pleas for restraint seem suddenly more credible.

Another feature of those years, which is now sure to never return, was the free love movement. And it was only able to flourish because sexually transmitted diseases were still treatable. The biggest thing a young couple had to fear from an intimate encounter, was pregnancy. Suddenly, the term HIV/AIDS seemed to appear out of nowhere and new cases were being reported every week. Quickly, the disease hit epidemic proportions and from that point on, the days of unbridled hedonism were gone forever.

In the last half-century, I have witnessed and experienced tremendous upheaval and change. Personally, I have gained and lost careers, had many long and short term relationships, been a son, a husband and step parent, faced down death during a battle with heart disease, cared for 2 elderly parents, been a musician, an artist, an engineer, an entrepreneur and now a writer. And still, life is fascinating and mysterious, a fact which I spend many hours contemplating and documenting in my work.

I, like the rest of us am an amalgam of my own personal challenges and successes, superimposed against the backdrop of the social environs I have inhabited. Now, that I have received the mixed blessing of "maturity" I can finally view my life more clearly in the rear view mirror. And my rather neurotic need to make sense of it all, creates an unquenchable obsession to distill events, emotions, behaviors, fears, passions and social phenomena down to their elemental structure. I will sit and study, or ruminate, for hours, if need be, to arrive at a way to comprehend and describe my subjects in crystal clarity. My interests range from science, to religion and art. Human consciousness, sexuality and relationships.

For authors, due to the digital revolution, opportunities abound, but also, a greater number of voices now compete for readers attention and loyalty. Ultimately, sharp, insightful and entertaining content will win the day and it will always be my passionate mission to provide just that. 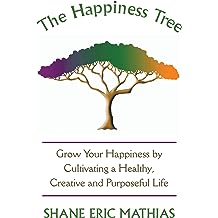 The Happiness Tree: Grow Your Happiness by Cultivating a Healthy, Creative and Purposeful Life Dec 3, 2015
by Shane Eric Mathias
( 2 )
$3.99

The Happiness Tree - Take this journey with me and learn what happiness really is. How you can create and sustain it using the resources already inside of you, regardless of your circumstances or age.

So many of us learn by making mistakes, sometimes repeatedly, and that is a costly game. Following the Happiness Tree model, youll develop Self Mastery, the only true path to a successful life. Your own evolution will then guide you toward the realization of empowering goals in weeks, rather than years.

By strengthening and balancing the four main limbs of your Happiness Tree, (Love, Health, Freedom and Purpose), youll be lead toward healthy choices, meaningful opportunities and fulfilling relationships.

This is not a workbook, rather, the scientifically based strategies described inside are presented in an engaging, thoroughly digestible style that will enlighten, entertain and inspire you. You can possess the vision and confidence to grow your own bright future. Claim your very own Happiness Tree today and lets begin! 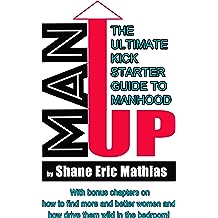 Man Up: Learn how to achieve a better body, better mind, better relationships and way better sex! Jan 29, 2016
by Shane Eric Mathias
$3.99
Men and Women will find "Man Up" entertaining and informative.

This scientifically based book will show Men step by step, how to:
•Improve their physique
•Become smarter
•Break out of destructive patterns
•Gain more self confidence
•Preserve and focus their energy for better performance in the boardroom as well as the bedroom.

You'll learn techniques to get women to come to you, crave your attention and beg for more.

What's even better are the explicit sexual techniques you'll learn. In no time at all, you’ll have her screaming and creaming and wondering how you do it.

If you’re seeking a step by step guide that addresses and improves every aspect of your life, you’ve found it.

The chapters dealing with sex are graphic and fun. Every nuance is described in colorful detail. Men and women may enjoy reading it together to heat things up and get them experimenting with the proven techniques for creating intense pleasure.

Become the guy that everyone envies, the Master of your Destiny. Start living the life you deserve.

After reading “Man Up” you’ll wonder how you ever got along before.