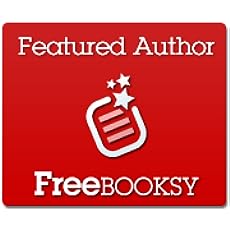 Shannon Barczak is a Maine girl living in Charleston,SC with her twin sons, who are aspiring comic book writers, a daughter, who thinks she is truly a superhero in training, her husband, who is like her fourth child, and a dog named Ruby, who is her resident foot warmer. 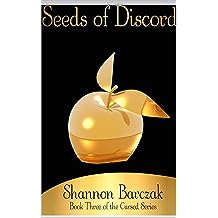 Hattie O’Malley-Vilar is on the cusp of her third and final task to hunt for the last seed of Persephone. Her goal is to break the spell that bound her to guard the tunnels to the three hells and start her new life. If she fails, she will forfeit her existence, and all she has fought for over the last several months will be lost.
The only hindrance is an earth-shattering revelation recently revealed and once again Persephone has thrown her mental state into chaos as Hattie tries desperately to forgive the goddess before she begins this important final journey. Along the way, she will heal old wounds, meet new friends and family members, and deepen her resolve to finally find what she longs for most and that is peace.
Hattie and Rafe’s third and final ride into the world of mythology is filled with new twists and turns as they attempt to break the curse and start a new chapter of eternity with one another. 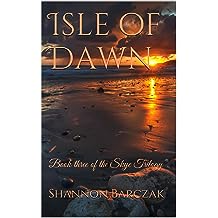 Willa has left the Isle of Skye and is now in Fairlia with Patcoena to absorb the King’s power. Two unexpected guides join them as they make their way across all the realms so that she can finally fulfill her destiny to become the Fae Sanctity.
Her journey takes her to places she never thought wa imaginable and the deeper she delves into the depths, the further she moves away from the person she used to be.
Can she ever make her way back to Mathias and everyone that she loves or will the final battle be her last?

*This book contains profanity and sexual situations. It is intended for readers +17 and up 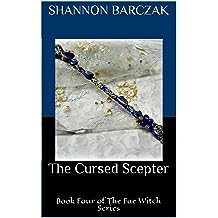 
In the final book of the best-selling series, Aston must risk everything to obtain the last instrument of power, the cursed scepter. Danger awaits her and her companions as they travel covertly into Aislinge so they can finally end this war once and for all.


Join Aston and Lucian's final journey on this amazing quest!

* This book contains profanity and graphic sex scenes. It is intended for readers +18 and up. 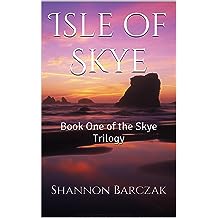 Isle of Skye: Book One of the Skye Trilogy Dec 2, 2013
by Shannon Barczak
( 56 )
$2.99
*A new version of Isle of Skye is now available! The book has been reformatted and professionally edited*

This book is a full length novel

Isle of Skye
A place where magic and myth collide

Willa McCormack is a feisty bakery owner from Yuma, Arizona. She has wonderful parents, great friends, and a career she loves. Her life changes one night when her parents come home terrified and they have to reveal their secrets to her.

Come explore the world of Gypsies, Faeries, and Vampires with an unlikely heroine, who above all else, is determined to stay true to herself.

*This book contains profanity and sexual situations. It is intended for mature readers 17+ *
Read more
Other Formats: Paperback 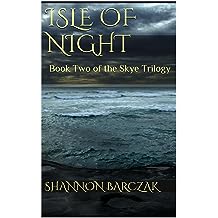 Isle of night is the second book in the Skye Trilogy

Several months have passed since Willa McCormack, a bakery owner from Yuma, AZ, was told she was a powerful Gypsy-Fae princess and journeyed to the Isle of Skye. As she tries to open her new business and get ready for the Fae’s arrival to the Isle, new dangers lurk at every turn.
While she tries to uncover clues about a dangerous enemy and find the weapons that can kill him, she also has to deal with her intense feelings for her guardian, Mathias, a vampire of light.
Join Willa, an unlikely smart ass heroine, as she navigates this magical world and tries to save her new home from being plunged into eternal darkness.

*This book contains profanity and graphic sex scenes. Intended for ages +17 and up.* 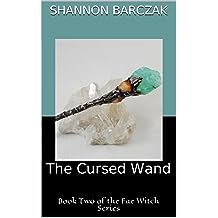 Aston races to London to help Lucian as he spirals down further into his addiction. More secrets will be revealed and new players emerge as they continue on this deadly quest.

Can Aston and Lucian find strength within themselves and one another as the search for the cursed wand takes them on a dark and dangerous path?

Journey into a magical world where myth and legend is real! 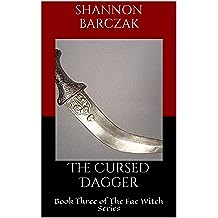 Aston and Lucian happily settle into their new home together, but doubt, fear, and an overwhelming sense of foreboding threatens to cast a shadow over their lives as Aston struggles to find the cursed dagger.
The ultimate sacrifice is made and one fateful decision changes the course of Aston's existence, as well, as the curse upon her.
Journey to mythical realms, historic cities, and far away places as the hunt for the cursed dagger comes to a dramatic conclusion!

*The Cursed Dagger is book three in The Fae Witch Series*

*This book contains profanity and graphic sex scenes. It is intended for readers +18 and up *
Read more
Other Formats: Paperback 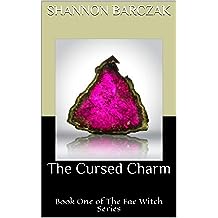 The Cursed Charm: Book One of The Fae Witch Series Oct 26, 2014
by Shannon Barczak
( 10 )
$3.99
This book contains mild profanity and sexual themes.
Intended for readers ages 17 and up.

Book one of The Fae Witch Series

Queen Avalon of Aislinge was the kindest of rulers but one day evil prevailed and a terrible curse was placed upon her. Banished from her fairy realm, she and her husband Arthur set out to find the instruments of power which had been cruelly taken from her.

Hundreds of years have now gone by and the only one who can find these powerful items is her granddaughter Aston. As time ticks away rapidly, Avalon decides to hire someone to help her and her family.

Lucian is a Fae vampire whose exploits with woman are far more notable than his triumphs as a mercenary. His charm and wit both delight and irritate Aston. Can they work together on this dangerous quest?

Step inside a new magical realm, where myth and legend are real and the power of the Fae Witches will be revealed. 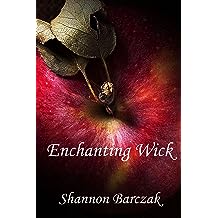 Gracie Donahue was a thoroughly modern woman in the human realm, but that all changed when she happened upon a fairy door and entered the magical world of the hidden realms.

Gracie should have been content with her new life. Her best friend, Liliana joined her in Fairyland months ago and Lil was now the queen. She had pursued her dream of owning her own bridal shop and she was now looking forward to opening another store in the vampire realm. She had a new family that she adored and she loved the beauty of her new home.

Life should have been perfect for Gracie, but something was still missing.

One fateful encounter changes her whole world and it will plunge her into a passionate love affair like no other.

King Warwick of the vampire realm is known as the mad king. His methods are outrageous and his deranged actions are well known throughout the land. He is captivated by Gracie the instant he lays eyes on her and he will stop at nothing to have her in his bed.

Join Wick and Gracie in this enchanting tale!

*This book contains excessive profanity and graphic sexual scenes. It is not intended for those that are offended by offensive language and explicit sexual descriptions*

*This book is intended for those that have a sense of humor and a dirty mind. It caters to readers that like their heroines to have a naughty mouth and that also adore crazy,anti-hero kings who will sweep them off their feet.*
Read more
Other Formats: Paperback 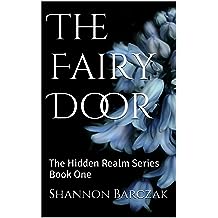 The Fairy Door: The Hidden Realm Series Book One Jul 6, 2015
by Shannon Barczak
( 7 )
$3.99
A mysterious door and an enchanting hidden world!

Liliana Brennan is a smart librarian who is set to get married and settle into a stable, normal life. Her entire existence is turned upside down when she is left at the altar and her best friend Gracie goes missing on a business trip.

A desperate search for Gracie unearths a doorway into another world and stunning revelations shock Liliana as she tries to acclimate herself to a new life.

Can she accept her fate and embrace love behind the fairy door?

The Fairy Door is book one in The Hidden Realm Series by bestselling author Shannon Barczak.

*This book contains mild profanity and light sexual content.*
*Intended for readers 17+up* 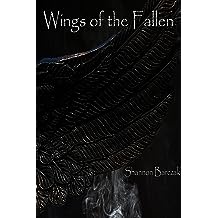 Sloane Bowman has left everything she has ever known behind. After her mother and father were both killed in a mysterious accident, she flees her home, searching for peace in her grief-stricken state of mind and shattered soul. Almost immediately, she encounters two strangers who point her in the direction of Charleston, SC.
The historic city intrigues her, but before she can catch her breath, a long-forgotten person from the past reveals himself to her and her life is turned even more upside down. Sloane finds herself plunged into a world of incredible myths and ancient legends. A world she had only ever read about in books was now her reality.
The truth about who her parents were in a former life and what this means for herself, overwhelms and distresses her at first, but she conquers those fears and she must not only accept her lineage, but also her fate.
Her newfound family provides her with the help and support she desperately needs, but a devastatingly handsome and dangerous vampire challenges her at every turn. Sloane discovers not only who she is meant to be, but also the true meaning of trust and faith as she navigates down this treacherous new path.

Wings of The Fallen is the first book in a new series by Amazon bestselling author Shannon Barczak. 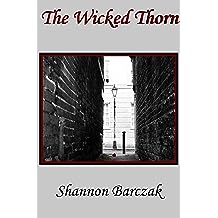 The headlines were screaming and the city was reeling from the appearance of a new vigilante in town!

Boston was ripe with corruption and criminal activity after the economic downturn. The police, though, had a new threat as the rise of a vigilante, nicknamed The Wicked Thorn, threatened to undermine their entire department. The masked hero was quickly gaining admirers, but could he truly save his beloved city from crime?

Bry McKenna is a best-selling young adult author that seemingly has it all going for her at such a young age. Her fans see her as a fresh voice in this genre, but in private, she is struggling to break free from her family's overprotective, watchful eye and become more independent. As she spreads her wings, she not only finds her voice, but she also meets an intriguing, charming new man.

As her life crosses paths with The Wicked Thorn, and she becomes more entangled with vigilante justice than she ever dreamed of, will she be able to accept him and his life, or will she walk away before she in too deep?

Join Bry as she enters this foreign and violent reality. A world where vigilantes are real and the need to protect those they love are even more passionate than she could have ever imagined.

*The Wicked Thorn is intended for mature readers.*
*This book contains violence and sexual scenes not intended for a young audience.*