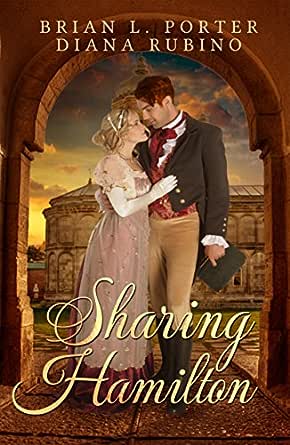 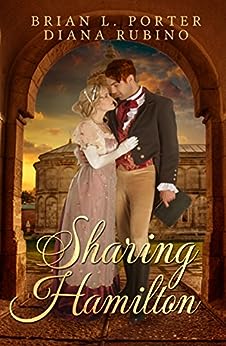 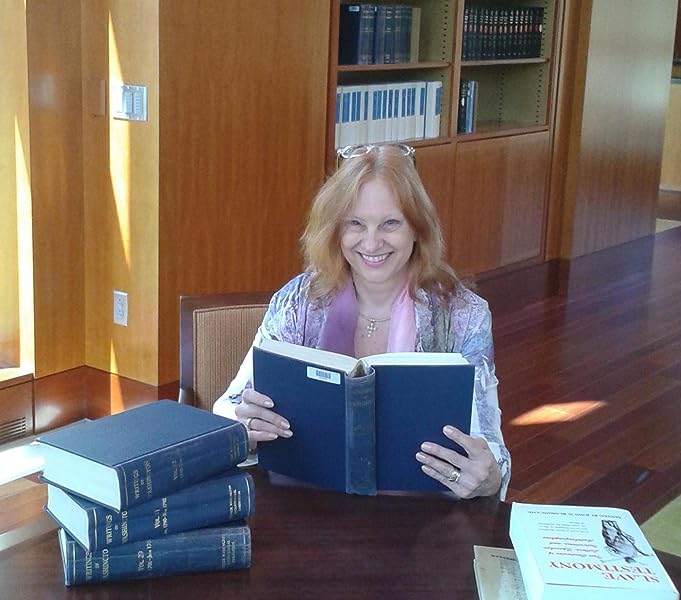 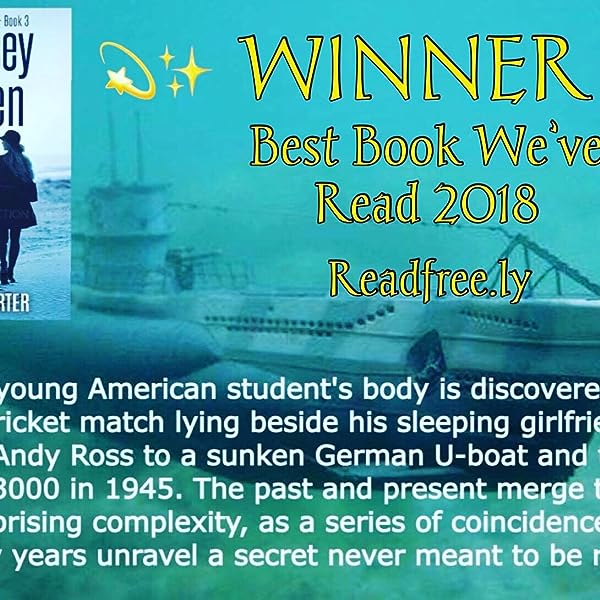 Diana Rubino writes about folks who shook things up. Her passion for history has taken her to every setting of her historicals. The Yorkist Saga and two time travels are set in England. Her contemporary fantasy "Fakin' It", set in Manhattan, won a Romantic Times Top Pick award. Her Italian vampire romance "A Bloody Good Cruise" is set on a cruise ship in the Mediterranean.When not writing, she runs an engineering business, CostPro Inc., with her husband Chris. She's a golfer, racquetballer, works out with weights, enjoys bicycling and playing the piano.She spends as much time as possible just 'livin' the dream' on her beloved Cape Cod.
Brian L Porter is an award winning Amazon bestselling author, with a dozen #1 bestsellers to his name, including A Mersey Killing, first book in his acclaimed Mersey Mystery series, and international bestselling dog rescue book Sasha, winner of the Preditors & Editors Best Nonfiction book readers award 2016 and its UK bestselling sequel, Sheba: From Hell to Happiness. His short story collection, After Armageddon is also an international bestseller
Owner of ten rescue dogs, his sole passion in life after his books, is his dogs.

Reader Editor
5.0 out of 5 stars History That Could Easily Have Been True
Reviewed in the United States on December 13, 2017
Verified Purchase
Sharing Hamilton, by Diana Rubino and Brian L. Porter, held my interest not only because of the story but also because my family is tracing our genealogy. So finding this historical fiction book came at the right time.

The story itself, fiction as it is, shows Rubino’s love of history. She has produced a plausible story of how events may have occurred and entwined them with true history. Her knowledge of the time period shows that she has done a lot of research, whether recently or in the past, this author knows her facts. All the elements of the time period needed to get the reader feeling a part of it all is undeniably there. Costumes and dress, food and drink, mannerisms and speech colloquialisms, and so much more. All of these elements make a seamless plot and held my interest throughout.

Brian L. Porter’s contribution of adding a serial killer into the mix was surprising, yet not so. Porter is famous for the best-selling mysteries. Slipping a serial killer into the threads of this story was also done seamlessly. This added an additional air of excitement, interest and fear or anticipation to the overall plot. I must smile at the way Porter’s contribution ended but will not do a spoiler here. Needless to say, I believe it’s a set-up for more of Porter’s serial mystery books.

For those who love historical fiction, I highly recommend reading this story. It’s doesn’t stray far from reality. Rubino’s thorough documents of the facts in the back pages after the story ends shows the historical fact around which she based her fiction. A superb read!
Read more
3 people found this helpful
Helpful
Comment Report abuse

Berk Rourke
5.0 out of 5 stars A really good read.
Reviewed in the United States on November 6, 2017
Verified Purchase
Being a history student by my initial education, and loving historical novels, this was a must read, never mind one of the co-authors, Brian L. Porter is one of my favorite authors. This tale, as one might expect with the description of a clandestine affair, especially one with such an historical figure, was a bit slow moving. The back story of a murderous doctor added a spice of a different kind as well and made one wonder whether the main ingenue would meet her fate at the hands of the notorious Doctor Severus Black. The story was very well written and the characters were presented as though they were real, and in fact they were. I thoroughly enjoyed this, my first essay into the world of Diana Rubino.
Read more
3 people found this helpful
Helpful
Comment Report abuse

P.S Winn
4.0 out of 5 stars History comes alive
Reviewed in the United States on March 14, 2019
Verified Purchase
This historical romance has a few twists as readers head back in time to the 1790's when Alexander Hamilton was the treasury secretary. He has a few secrets in his life and James Reynolds is going to use them and his wife trying to blackmail the man. In the meantime, a serial killer is on the lose. This novel is a good read that feels accurate in much of the history shared and spellbinding in the twisted story found inside the covers.
Read more
One person found this helpful
Helpful
Comment Report abuse

Anne Nichols
5.0 out of 5 stars When love and murder walked hand in hand!
Reviewed in the United States on November 7, 2017
I hadn't previously read anything by Diana Rubino, but when I saw that she'd teamed up with Brian L Porter of the Mersey Mysteries fame. I just had to give it a go - so glad I did.
The romance between Alexander Hamilton and Maria Reynolds is skilfully told, and though a fictional account of the true story, it was eminently believable. What made the book stand out for me however, was the way the character of the handsome young English doctor, Severus Black, gradually began to cast a shadow over the proceedings. Behind the gaiety of Philadelphia's upper class lives, a pall of doom seemed to hang over the city as the shadow of a serial killer stalked the night, preying on the innocent servants of the rich and wealthy. One was led to ask, could this debonair and charming men, physician to the wealthy and friend and confidant to Hamilton's own wife, really be a cold blooded killer? As Hamilton and Maria are drawn further into the illicit love affair, so Eliza Hamilton is drawn ever closer to the young doctor. Fate holds much in store for the participants in this strange, dark world of deceit and pretence. The wonder of it all is how the authors talents completely complimented each other. I found it hard to spot the joins where Mr. Porter's superbly chilling back story overlapped with Ms. Rubino's original historical romance to produce a great historical romantic thriller. Excellent, and a very intriguing read.
Read more
3 people found this helpful
Helpful
Comment Report abuse

Broadway Turk Superstar
5.0 out of 5 stars Shot To The Heart?
Reviewed in the United States on November 12, 2017
Sharing Hamilton by Diana Rubino and Brian L. Porter is an enthralling suspense novel that provides an unexpected departure from Porter’s cozy mystery signature style. Rubino, known as a historical fiction novelist, brings Alexander and Eliza Hamilton to life in this absorbing collaboration. Leave it to Porter to bring elements of murder mystery to the fore, and together they bring the end times of one of America’s Founding Fathers to life in this vibrant spellbinder.

Hamilton’s eye for the ladies creates the conflict around which the storyline is woven. Though neither Alexander nor his wife Eliza harbor any illusions of compromising their social prominence, their emotions take them along narrow precipices. Alexander finds himself attracted to Maria Reynolds, who hopes to draw Hamilton into a devious web of deceit. Eliza, in turn, finds a kindred spirit in Dr. Severus Black, who becomes her own confidant.

The use of first-person narrative is introduced by Rubino (we suspect), which pulls back the curtain to reveal the ulterior motives of the protagonists. Moreover we find ourselves standing alongside a serial killer on the streets of Philadelphia who eventually begins stalking the shadows of the main characters. It’s a sharp turn from Porter’s usual style which will titillate his readers and keep you turning pages to find out whether Aaron Burr will have anything to do with the climactic finale.

CLynn
5.0 out of 5 stars Romance, history and serial murder!
Reviewed in the United Kingdom on November 12, 2017
Verified Purchase
Sharing Hamilton has all the ingredients to keep the reader turning pages. This is a very original and thoroughly interesting story that depicts historical characters as real flesh and blood people. Along with the First Secretary of the Treasury, Alexander Hamilton, are his wife and mistress! I found that very interesting reading.
Also added for good measure, and it is very exciting, is a serial killer who is prowling the streets. Told alongside the romance and history and witnessing this murdering pervert’s actions is a shock!
Interesting to me also, was the actual Colonial history as the backdrop of the tale.
If you like history, an extremely interesting plot and believable characters, look no further!
5 stars for Sharing Hamilton.
Read more
One person found this helpful
Helpful
Sending feedback...
Thank you for your feedback.
Sorry, we failed to record your vote. Please try again
Report abuse