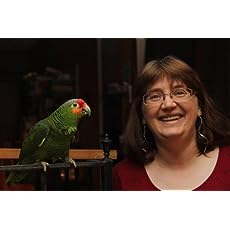 Sharon C. Williams is a native of New England raised in Northern
Maine. She lives in North Carolina with her husband and son. She
is also owned by a flock of six birds.

Sharon has a B. S. degree in Chemistry. She loves to read, sketch,
take pictures, walk, exercise, go to the movies, and listen to music.
She is a budding bird watcher, and knits on the side. She is a huge
sports fan of baseball, basketball, hockey, and football. She is also
a shutterbug and is always looking for the next big shot.

Two of her short stories were published in the anthology,
Cassandra's Roadhouse, and two in the Dragons in the Attic
anthology, which was written by her writing group, The Wonder
Chicks. Her children's chapter book, Jasper, Amazon Parrot: A
Rainforest Adventure, and Jasper: Amazon Friends and Family,
was released by Fountain Blue Publishing in 2013 and 2015. Her
comedy novel about her war with her backyard squirrels, Squirrel
Mafia, was also released in the spring of 2015. Her latest book, "Everyday Musings"
which is a collection of short stories and poems will be released Sept. 30th, 2016
Read more 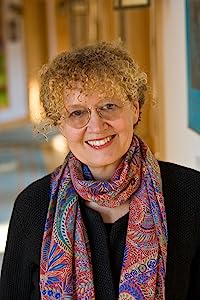 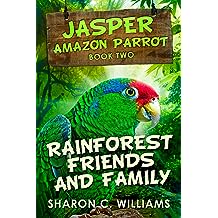 Life in the jungle is never boring.

From the moment he was born, Jasper’s curiosity has consumed him. With his brother Willie, they’ve made new friends and learned more about the Amazon rainforest.

The youngsters have grown close. Jasper’s main job is to make sure his brother stays safe, but that’s easier said than done: the jungle is full of dangers, and if they’re not careful, things can quickly get out of hand.

New challenges are always around the corner. Determined to make his mother proud, Jasper vows to protect himself and his friends. If they’re to make it home in one piece, they’ll need to trust one another, and those they come across. It never hurts to give someone a helping hand, either.

As they discover Amazon's secrets, each new experience opens their minds to new possibilities, and new friends make their unexpected trips worthwhile. Though trouble tends to follow them, Jasper and his friends do their best to overcome the adversities and come up on top.

★★★★★ - "These are very cute stories with gentle but lasting lessons to further children’s understanding."

★★★★★ - "The heart of this series is the friendship between the various species. I also found the parent / child relationships strong and realistic. If you love animals, books that teach lessons in a strong manner, and an opportunity for something clever, give these a try." 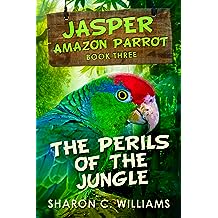 Jasper and his family enjoy living in the Amazon jungle. It’s full of family, friends, and adventures. Knowing their sister, Piper, will soon learn how to fly, will only add to the fun this family of birds will embark on.

The brothers, Jasper and Willie, are growing up in this wonderland of colors, sounds, and smells. They will need to rely on each other and friends as a strange new animal turns into a new buddy, while another can disrupt their lives forever.

While new challenges are always popping up, nothing can prepare Jasper and his friends for what is about to happen - something unexpected that will change everything. 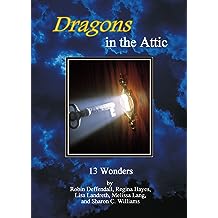 What if…
…a little girl stepped through a door in a tree?
…a fairytale ending wasn’t a sure thing?
…a police officer with precognition saw a horrifying future?
… a world-weary soldier found a little girl all alone?
… an author’s fictional murders came true? 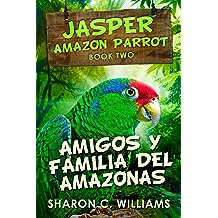 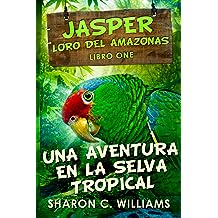 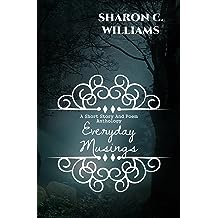 There are moments in life that stir the senses. Moments of joy, moments of surprise, and moments that can cause great fear. Moments that cause us to reflect on the experiences we’ve encountered.

Dive into various worlds of the author’s own making. Everyday Musings is full of tales of the unexpected, heart-warming stories, and bittersweet poetry. Come in and turn the page. Discover the little things that make everyday worthwhile.
Read more
Other Formats: Paperback 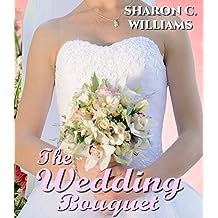 The Wedding Bouquet May 14, 2015
by Sharon C. Williams , L. B. Cover Art Designs , S. H. Books Editing Services
$0.99
Some moments can last forever, while others slip away in the blink of an eye.

A flower never knows what will happen from one day to the next. One moment, she can be sitting pretty. The next, her petals are scattered to the wind.

Though a flower’s life is precarious at best, there are times when she becomes the sole center of attention. Sure, she has to share the spotlight with the rest of the bunch, but at least she can revel in the attentions bestowed upon her. 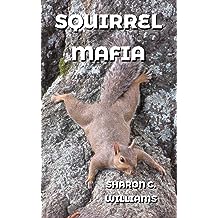 We tend to think of squirrels as cute furry creatures that scamper around playing while looking for nuts. Yet I’ve a different outlook on these rodents from Hades.

As an animal lover, one who’s owned by eight birds, I’ve had the opportunity to observe a group of squirrels around my home here in the suburbs for the past year. The experience I’ve gained gives a whole new meaning to the words ‘little darlings’.

I offer you a unique perspective of the furry friends entangled within our everyday lives. Their antics and shenanigans have earned them the name, the Squirrel Mafia. This book chronicles my ongoing battle with these pesky little critters.
Read more
Other Formats: Paperback 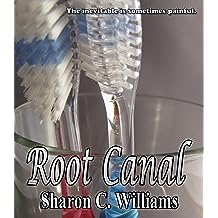 A tooth’s life is never easy. It puts up with multitudes of abuse. From the acidic effects of the atrocious Pepsi, to the sugary sweetness brought about by chocolate, its pain knows no bounds.

Immersed in darkness, it’s rare for a tooth to see the light. Living a solitary life, each day blends into the next without the hope of seeing something new. Death and decay is a certainty many see on a day to day basis.

Survival is the key to living a long, pain-free life. When that very option is threatened, it’s the tooth’s obligation to make his beloved caretaker see the light. The hope of garnering a longer lifespan is a must, as is a trip to the dentist. The question is, how can one measly tooth bring about a much needed change without causing any further pain in the process?
Read more
Other Formats: Paperback 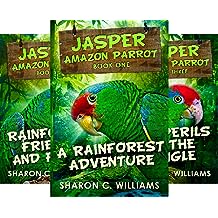 Jasper is no ordinary parrot.

He lives in the rainforest, which secrets he’s eager to explore. Jasper loves his home and his family, and he's also in charge of his younger brother Willie - a responsibility Jasper takes very seriously.

When he meets Charlie - a spider monkey with a penchant for food and a laid back attitude - he realizes he’s in for an adventure he never thought possible.   Even if this means getting into danger and worrying his mother to no end.

Exploring the boundaries of the forest, Jasper understands that there is more to the world around him. Who are the strange new creatures that have come there? With Willie and Charlie by his side, he will soon find out.

★★★★★ - "Young children will love this story and certainly relate to it. The two parrots are adorable characters, teaching great life lessons to young readers. It's fun, quick and meaningful. I highly recommend this first book in the series."

★★★★★ - "Jasper is a delightful chapter book for young readers. I bought it for my 10 year old grandson who struggles with reading for Christmas. He read it in a few days and enjoyed it."

★★★★★ - "A fantastic story for the younger readers who are transitioning from picture books to reading a story that unfolds pictures using their imagination."