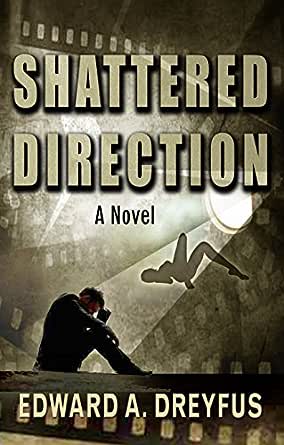 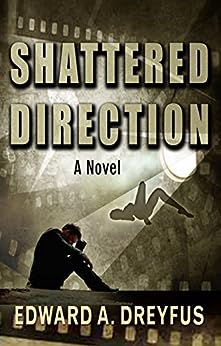 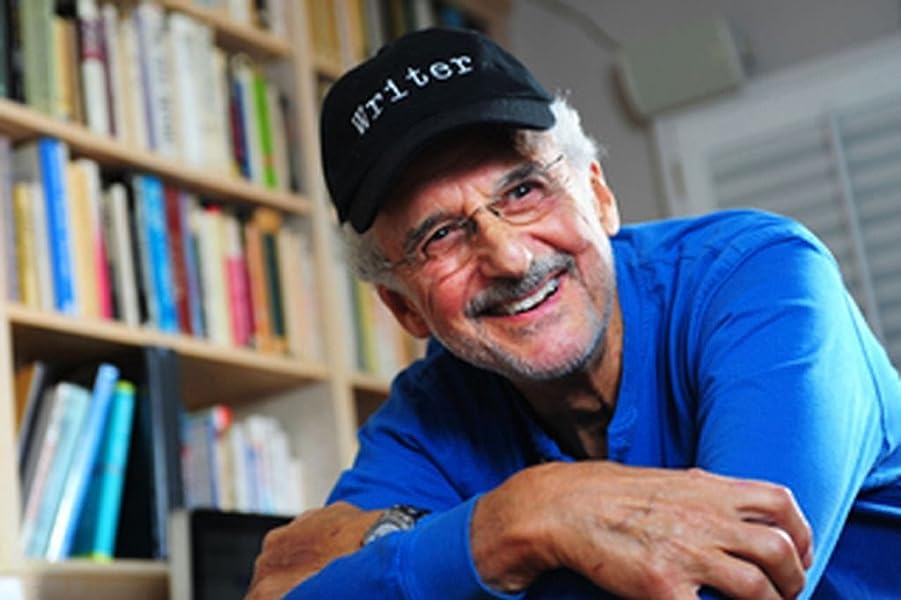 Shattered Direction follows Harry Moreland's downfall and struggles and offers an unusual focus as it reveals the life of a talented young photographer with a dream of making socially relevant documentary films who escapes his dysfunctional family, travels to California, falls into counterculture groups along the way, and finds his passion for "making a difference" waylaid by his move from boudoir studio work to all-out pornography production.

Very powerful ideas are presented early on as Harry moves away from home, crosses the country, falls in with different social groups, and hones his ideas. His evolution and growth is fully explained in a series of events that harkens back to his family influences and the psychological motivations for his entry into this world, and Edward A. Dreyfus uses his own psychology background to provide exceptionally clear rationales for this progression. Especially notable is the attention given to different kinds of alternative living situations without accompanying judgment about their structure or meaning.

All this lends a personal perspective to the story of how even an aware, sensitive individual fully cognizant of his actions and choices can take a wrong turn - and the attention to understanding the processes of such a choice makes Shattered Directions a vivid, compelling read that proves hard to put down.

Under Dreyfus's hand, Harry's motivations are impeccably logical and Harry's conflicts and conundrums as he attempts to follow his career and ethical dreams, only to find both on a different path, are wonderfully presented. The psychology infused throughout the story line is exquisite, and lend power and grace to a wonderfully thought-provoking read.

The psychological detail succeeds in creating a vibrant portrait of how principles become warped even when self-knowledge of actions and their consequences is strong: "I have my own struggles with being in this business. Some days I think I will just quit and go back to Samy's Camera and just sell cameras. On other days I think perhaps I can make a difference by doing better films, not smut. I can save some money and then do what I want to do."

What amazing work; cannot set it down. I can feel myself walking step in step as the story unfolds, connecting with Harry's experiences and feeling the power of their transformative dynamics. I absolutely love your book. It puts me right into the scene to share in understanding of Harry and his life as well as the greater sociopolitical developments that shape humanity. Your elegance and compassion cut through the dark depth of prejudices and stereotypes. -- Yulia Brockdorf, RD, LD, CDE, CPT, CS, NCC, LPC --This text refers to the paperback edition.

After directing an award-winning documentary in college, Harry Moreland, an idealistic, sensitive, promising filmmaker with a social conscience, goes on a two-year odyssey ending in Hollywood with hopes of becoming a film director. He is seduced by money, fame, and the glitz of the porn industry. Like many of the wanna-be actresses in front of the lens, Harry finds his hopes and dreams shattered as he gradually becomes embedded in the high life of drugs, alcohol, and living in the fast lane. When his girlfriend overdoses and his brother is arrested for dealing drugs, he hits bottom and has to go through the slow and painful process of redemption, reclaiming his soul, his integrity, and his identity. He is confronted with the age-old choice between money and glitz or integrity and relationships. --This text refers to the paperback edition.

After 50 years as a practicing clinical psychologist, I have turned my attention to writing fiction. I have published several psychologically based novels and screenplays based on my experiences. My mission has been to help people maximize their potential and achieve their goals. Now, through my fiction writing, I hope to continue this mission and reach a larger audience. The stories I tell are all based on my years of practice. Each story deals with another aspect of the human condition. --This text refers to the paperback edition.
Read more

4.3 out of 5 stars
4.3 out of 5
20 customer ratings
How does Amazon calculate star ratings?
Amazon calculates a product’s star ratings based on a machine learned model instead of a raw data average. The model takes into account factors including the age of a rating, whether the ratings are from verified purchasers, and factors that establish reviewer trustworthiness.
Top Reviews

Joan Loraine
5.0 out of 5 stars Money or Morals?
Reviewed in the United States on June 14, 2016
Verified Purchase
Shattered Direction by Edward Dreyfus is a great read! Harry Moreland grew up in the home of a tough, military father and a mother too afraid to leave him. Harry's older brother Bobby is the tough, sports minded brother who protects Harry as they are growing up. Harry was the smaller, weaker brother who would rather photograph sports than play them. When Bobby turns 18, he stands up to their tough father and leaves, heading to Los Angeles. As Harry gets older, he heads in the same direction to pursue a career in film making. His dream is to film documentaries, but his career takes a different turn. He is able to make a living filming porn movies. This proves to be a moral dilemma for Harry who turns to drug and alcohol addictions to deal with the guilt he feels. Harry eventually realizes he needs help, and he seeks the help of a psychologist work through the guilt and the addictions. With his background as a clinical psychologist, the author is able to write his novels in a way that show the psychological affects on the characters in his novels.
Read more
One person found this helpful
Helpful
Comment Report abuse

SueBissTop Contributor: Pets
5.0 out of 5 stars Best laid plans of mice and men...
Reviewed in the United States on May 27, 2016
Verified Purchase
"SPOILER ALERT" Harry Moreland comes to see Dr. Moreland to help him straighten out his life and how he can get his life he truly wants back and away from being a pornographer. He started out as a serious and very talented filmmaker with a great eye to filming in a way that was different than the average photographer. But Harry's life from the beginning is burdened with a dysfunctional family with a domineering military father who treats his sons like they are in the service and punishing them severely for any minor infraction, also his mother is weak and abused mentally by the father and lets the father abuse Harry and his brother. Harry's father ridicules Harry for his love of photography and made him feel very worthless and unloved. Finally, Harry gets away from his domineering father, goes to college and finds he is a talented filmmaker with aspirations of becoming famous, but like all things in life, all great plans can jump the tracks and leads you onto a different path. After Harry graduates college he finds he needs to find himself and to look for his brother whom he has not seen in years who lives in L.A., plus he realizes he doesn't want want to marry his college girlfriend as she had hoped. He goes on the road to see what the rest of the world is like in this time of free love, drugs and do your own thing in the lifestyle of the 60's. Harry meets several interesting people in his journey to opening his eyes to see how the another half live by staying in several different communes which help him find out who he really is. Harry e'ventually goes to L.A. to find his older brother. Here is where everything changes for Harry, he gets caught up in the seedy side of Hollywood but finds it a great way to make a lot of money especially doing exotic sex films. From here his life he gets life gets complicated with porn, lots of recreational drugs, and the promise of fame and fortune by the owner of the porn studio he works for. . Harry find after the death of his (porn/actress) girlfriend from a drug overdose he wants out of the porn business and to find a new and better direction for his life and future a life he can be proud of. He finally gets the help he needs from a clinical psychologist gets his life back on track, reconnects with his mother and old girlfriend from college to a better life and to make a name for himself in the film business the way he wanted to in the beginning before everything went awry.
I think the author has found a unique way to write about different people and their terrible mistakes they made with their life by going to a clinical psychologist to get their lives back on track and to help them face what they need to do to make it right. This book can start a whole new series for Edward Dreyfus, who by the way was a practicing psychologist. I bet he has a slew of stories from his practice​ he can tell all his readers that we all can relate to in our own life.
Read more
One person found this helpful
Helpful
Comment Report abuse

Jenna
4.0 out of 5 stars Very Entertaining Novel
Reviewed in the United States on June 15, 2016
Verified Purchase
I greatly enjoyed reading Dreyfus’ novel. The story follows the life of Harry Moreland, a young idealistic man who, after growing up in a military family, takes an adventure across the United States that introduces him to hippie culture and the free love movement. The sprawling Dickensian narrative takes Harry to Los Angeles, where, like a young David Copperfield, he trades in his goals and ideals for the sake of earning money. The novel skillfully juxtaposes the free love culture that Harry embraces with the growing pornography industry that disgusts him. Dreyfus not only produces a great character study in Harry, but introduces younger readers to the culture of the sixties and seventies. I particularly like the exploration of Harry’s talent and growth as an artist. I also appreciated the novel’s treatment of the pornography industry; while it does not gloss over the problem of drugs and exploitation of women rampant in the industry, it also showcases sex positivity and business savvy among performers. The prose is not perfect, and the dialogue feels stilted in certain places, but the story kept me reading voraciously. What disappointed me the most was the novel’s treatment of Rachel, Harry’s high school sweetheart. I felt that her character was left unexplored. However, I would certainly recommend this novel to friends.
Read more
Helpful
Comment Report abuse
See all reviews from the United States