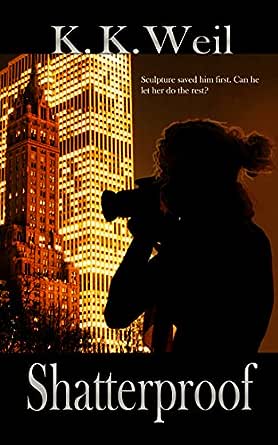 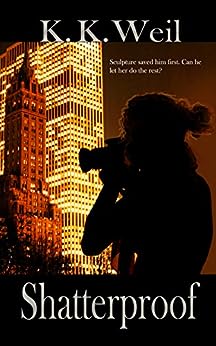 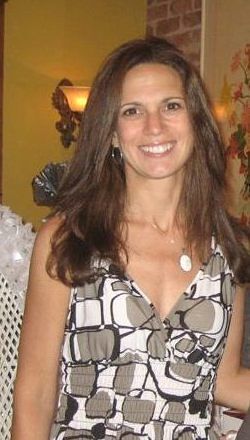 Felicia Eddy
4.0 out of 5 stars An amazing honest story
Reviewed in the United States on February 28, 2016
Verified Purchase
An amazing story of survival and the victim of abuse may not be what who you think.

Griffin comes from a family living with abuse and while his mother is the victim Griffin has his own scars. His father has never laid a hand on him but what Griffin has witnessed as a child and as a man has impacted him to the point where he feels like the risk of the him causing the abuse is to much of a risk so he doesn't get to close to women. That is until he meets Frankie.

Frankie a free spirit meets Griffin and her life changes. She has found a man who is compassionate, loving and she know would never hurt her. Now she needs to help Giffin understand that.

This book shows the other side of the coin on victims of abuse and does so beautifully, the children. The author does a fantastic job of showing this by weaving an honest story. Her compassion and sensitivity to the victims is done to perfection. This is a great summer read for those who are looking for a honest story.
Read more
Helpful
Report abuse

Jordana
5.0 out of 5 stars Talent in Griffin's sculptures, Frankie's photography, and K.K. Weil's writing
Reviewed in the United States on November 25, 2015
Verified Purchase
After enjoying "At This Stage" by K.K. Weil a couple of years back, I was wondering what the author would do as an encore. "Shatterproof" takes a character from the first book and explores his life, from Griffin's childhood and young adult years where he witnessed his father physically abusing his mother (and his mother not leaving his father), to his adult years, where Griffin did everything he could to not be like his father. Now you don't have to read "At This Stage" first to know the back story, but if you don't, you are also missing a different story that is also told extremely well.
In "Shatterproof", Griffin meets Frankie, who is unlike anyone Griffin has met before. Usually his time with women are one night stands or short flings, but he sees something different with Frankie, and it scares him because he thinks allowing himself to get close may turn him into his abusive father.
Griffin has outlets, molding clay into figures for clients, volunteering his time to help abused women, his many discussions with his former high school teacher Mr. Roth, and hanging out with his best friend Sarah. But he needs more.
This story, expertly told by K.K. Weil, brought me through the ups and downs of the relationship that Griffin and Frankie made, and the struggles to overcome the odds that the son of an abusive father has. I highly recommend Shatterproof to anyone 16 and over (mild violence and some minor sex scenes). Great work, K.K. Weil!
Read more
Helpful
Report abuse

Zelma crowder
5.0 out of 5 stars absorbing
Reviewed in the United States on November 15, 2015
Verified Purchase
I enjoy getting involved in other peoples's lives. Griffin and the women in the shelter feed off each other. How awful to see how an abusive parent effects not only the abused child, but all the people he comes into contact with. Luckily, as with Griffin, he finds his way to love.
Read more
Helpful
Report abuse

JulieK
4.0 out of 5 stars Well-written & true-to-life
Reviewed in the United States on February 15, 2016
I received a copy of this book in exchange for my honest opinion.

Let me start by saying that, although this story dealt with a difficult issue, it was not written in a way that made it too hard to read. It was heartbreaking in places, but that was balanced out by the strength and determination of Griffin and Frankie, to not only make their relationship work, but to make themselves better people individually.

I loved that both characters were written as strong, independent people. Griffin has (and still is) living through hell, and he is broken to an extent, but not the same kind of broken we get with so many NA books. Blessedly, Frankie isn't broken at all, which I found the most refreshing aspect of the book. I loved that the author included a few misunderstandings between the characters that were very quickly cleared up due to good communication, showing how this skill cuts down on drama and unnecessary hurt in relationships. Many NA books could take a lesson in this department.

This book is well-written and very true to life, without being preachy or condescending to either group of victims.
Read more
Helpful
Report abuse
See all reviews
Back to top
Get to Know Us
Make Money with Us
Amazon Payment Products
Let Us Help You
EnglishChoose a language for shopping. United StatesChoose a country/region for shopping.
© 1996-2021, Amazon.com, Inc. or its affiliates